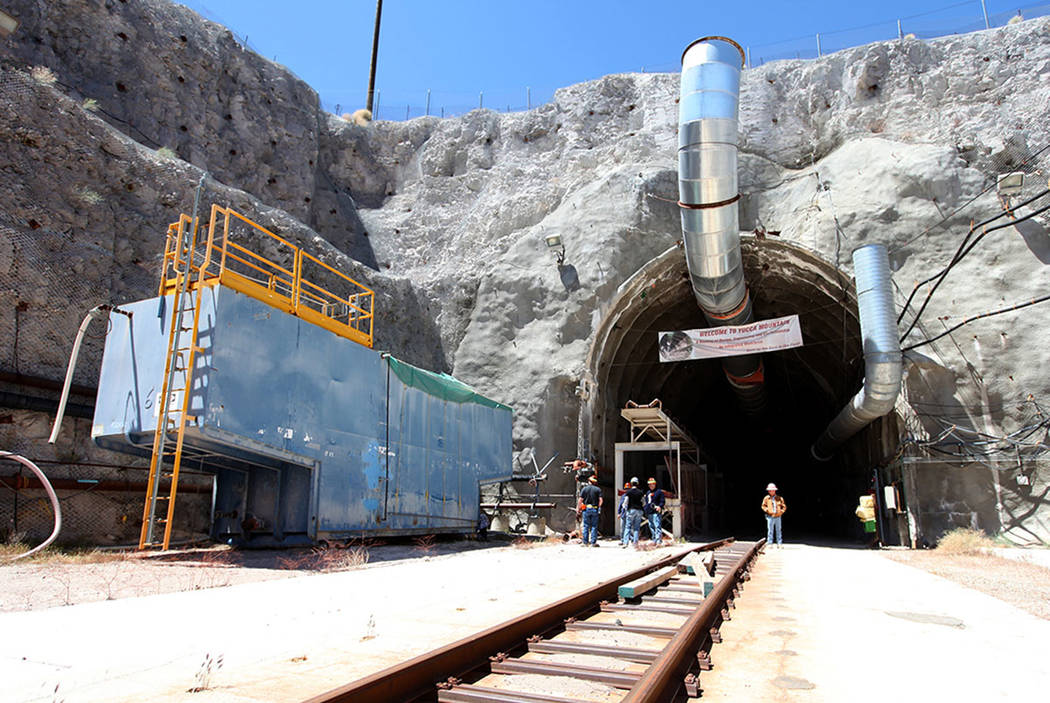 The north portal into Yucca Mountain in 2011. (Las Vegas Review-Journal)

A federal appeals court has tossed out a lawsuit by the state of Texas that sought to force a licensing decision on the proposed nuclear waste storage project at Yucca Mountain.

Citing procedural problems with the action, the 5th Circuit Court of Appeals in New Orleans on Friday granted the state of Nevada’s motion to dismiss the lawsuit.

Texas Attorney General Ken Paxton filed the suit in March 2017, arguing that the federal government had ignored a 2012 deadline to complete the licensing process and seeking an up-or-down vote from the Nuclear Regulatory Commission.

In its filings in the case, Nevada argued that Texas was trying to short-circuit the legislative and licensing processes to “shove a flawed and dangerous nuclear waste dump on Nevada and its citizens.”

Yucca Mountain, 100 miles northwest of Las Vegas, is the only site federal scientists have studied in-depth for burying the estimated 77,000 tons of used nuclear fuel assemblies piling up at nuclear power plants around the nation. The NRC temporarily suspended the licensing process in October 2011 when Congress eliminated funds for it during the Obama administration.

“Today’s decision comes after many hard fought legal efforts to protect Nevadans from the poster-child for federal overreach — a cram down of a nuclear waste repository at Yucca Mountain,” Nevada Attorney General Adam Laxalt said.

Gov. Brian Sandoval said he was “incredibly pleased” by the ruling.

“Our state has long been united in the fight against Yucca Mountain and, whether in court or in Congress, we will continue to oppose the siting of a nuclear waste repository in our great state,” Sandoval said.

#YuccaMountain has the potential to harm the health & safety of Nevadans & our economy. That’s why I’m pleased w/the 5th Circuit Court of Appeals’ decision to grant NV’s motion to dismiss. I applaud @NevadaAG & @GovSandoval for their diligent work. https://t.co/WfVkAGYV9q