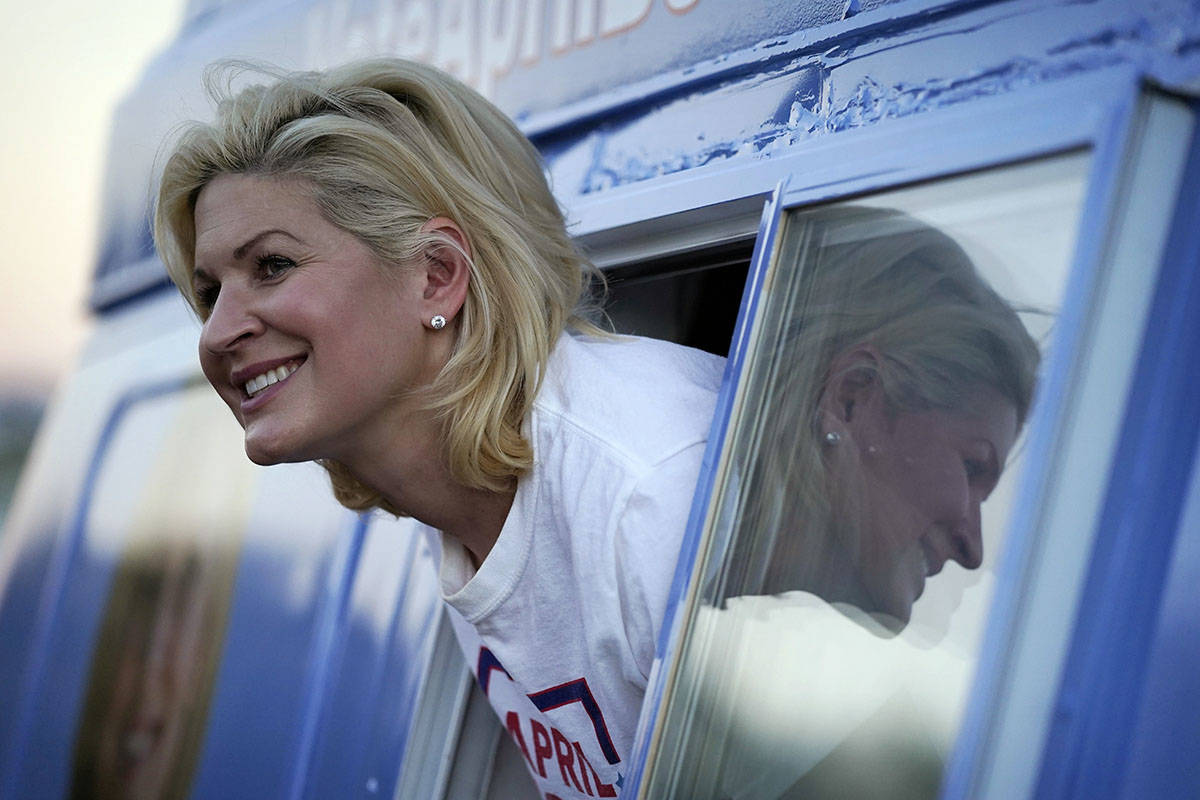 Becker submitted her statement of candidacy to the Federal Election Commission on Feb. 15 and has updated her campaign website for the new race, asking visitors to “help Republicans take back the House” and “stop the socialist agenda.”

“I look forward to highlighting the differences between myself and Susie Lee over the course of the next 21 months,” Becker said in a statement. “Nevadans will have a clear choice when it comes to picking their next representative.”

In November, Becker lost to the state senate’s top Democrat by 631 votes. She then joined a flurry of Republican-led legal challenges against local election officials, joining Lee’s 2020 challenger, Dan Rodimer, and a handful of other local candidates. None were successful.

Becker is the second Republican to file against Lee. Mark Robertson, who according to a Linkedin page is a retired U.S. Army colonel and financial planner from Henderson, filed on Jan. 8.

The Republican primary field is likely to be crowded in the 3rd, where Rodimer and former Nevada Treasurer Dan Schwartz spent heavily and bloodied one another with attack ads in order to reach Lee.

Lee defeated Rodimer by about 12,500 votes, or 3 percentage points, after campaigning as a more moderate problem solver, raising more than $4 million in the process. She was a target for national Republicans beginning the day after her first election victory in 2018, and that is likely to continue.

The 3rd District was drawn as the state’s swing district in 2001, but that may change once the state’s Democratically controlled Legislature meets to redistrict at some point later this year. That process has been delayed for every state following issues with U.S. Census Bureau reporting.