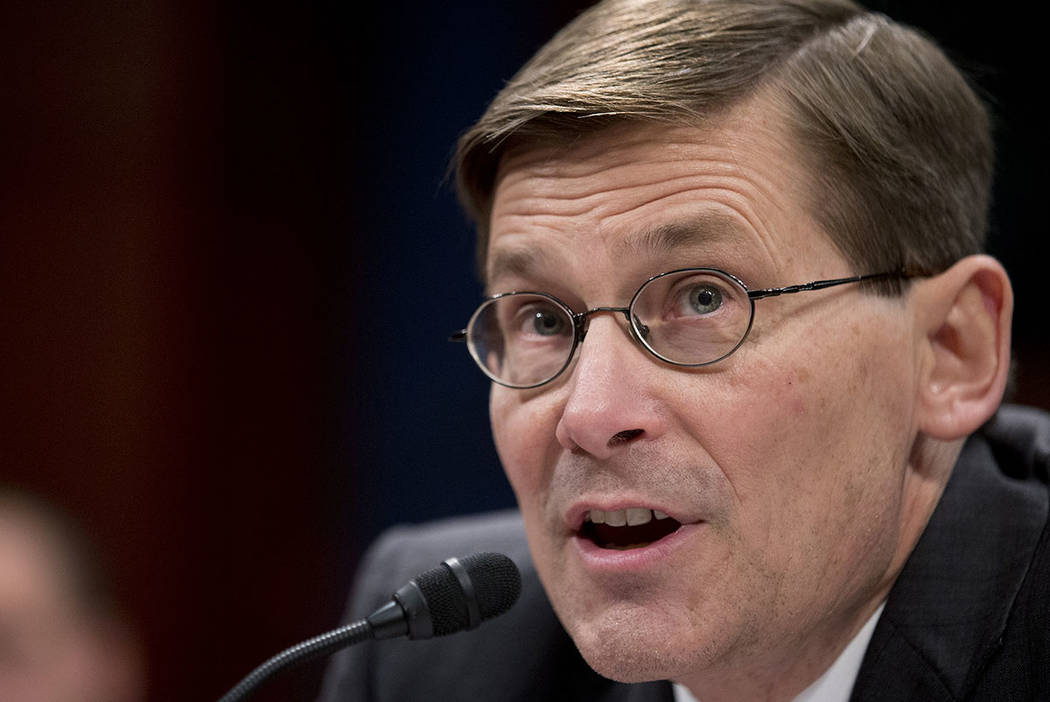 WASHINGTON —Michael Morell, former acting head of the CIA, became a political animal in August 2016 when he endorsed Hillary Clinton for president. This month, he came to grips with the consequences of that decision — that it might have played into President Donald Trump’s distrust of the intelligence community.

It is possible, he told the Las Vegas Review-Journal, “I played a role in that.”

Jump back to last year. In an opinion piece in The New York Times, Morell not only endorsed Clinton, he also warned that, to the eyes of an intelligence analyst, candidate Trump could be considered “an unwitting agent of the Russian Federation” whom Russian President Vladimir Putin had co-opted by playing to Trump’s demanding ego.

Fast forward to Friday, when that impression was reinforced by Trump’s description of a phone call with Putin on Thursday: “It was great. He said very nice things about what I’ve done for this country in terms of the economy, and then he said also some negative things in terms of what’s going on elsewhere.”

In an interview this month with Politico’s Susan Glasser, Morell did not describe his Clinton endorsement as a mistake. Even knowing what he knows now, he said, he could not say with certainty that he would not do it again. But he did say, “I don’t think I fully thought through the implications.”

It was an interview that generated Beltway buzz. Morell, who served as CIA deputy director under President Barack Obama, proposed that people put themselves in Trump’s shoes — and recognize the reasons Trump has to suspect those charged with guarding American security.

First, Trump saw a former CIA director (Morell) and former director of the National Security Agency (Michael Hayden) criticizing him and his policies.

Then he became the GOP nominee and received his first intelligence briefing. Within 48 hours, there were leaks criticizing Trump’s national security adviser Michael Flynn’s disruptive behavior with briefers.

Trump won in November and was supposed to get a daily briefing. “And he doesn’t,” Morell told Politico. “And within a few days, there’s leaks about how he’s not taking the briefing. So he must have thought … ‘Who are these guys? Are these guys out to get me? Is this a political organization?’”

In a follow-up interview this week, Morell told the Review-Journal that “the intelligence community is not political,” and noted that he did not endorse Clinton until three years after he left Langley.

OK, but what about the leaks?

Morell referred to leaks about Flynn’s behavior. “So you don’t know whether it’s people in the briefing who leaked it or when they went back to their bosses after the briefing and gave them the download, whether their bosses did it or whether that information spread to the White House or other places in the government” where people could leak information gleaned third hand, he said.

Wherever they originated, Morell points out that the Flynn leak did not involve classified material — so it wasn’t a crime. Morell explained, “It’s inappropriate to leak that? Absolutely. Is it a crime? No way.”

Morell, now a CBS News contributor, says the intelligence community put so much emphasis on fighting terrorism that it was late to see the threat posed by Moscow in the 2016 election. said he would not be surprised, he told Politico, if special counsel Robert Mueller concludes the Trump campaign did not break the law in its dealings with Russia. If evidence exists, investigative reporters should have uncovered it by now, he added.

Morell talked with the Review-Journal partly because he was disappointed that many of the stories about his Politico interview missed his most important point. His big fear these days is the division in this country, and the news media’s place in the schism. “I think the biggest threat to the United States is us,” he said.

At his son’s urging, Morell read a book about former Venezuelan President Hugo Chavez. After the strongman’s election, he said, the Venezuelan news media “becomes the political opposition and thereby it loses all its credibility with the Venezuelan people.” He fears the same thing is happening in American journalism as well.

When he picks up newspapers, Morell said, “I see a lot of bias. I’m not surprised the president sees all that and (decides) that the media are out to get him.”

Morell concluded, “What’s interesting to me is that nobody in the media picked that up.”