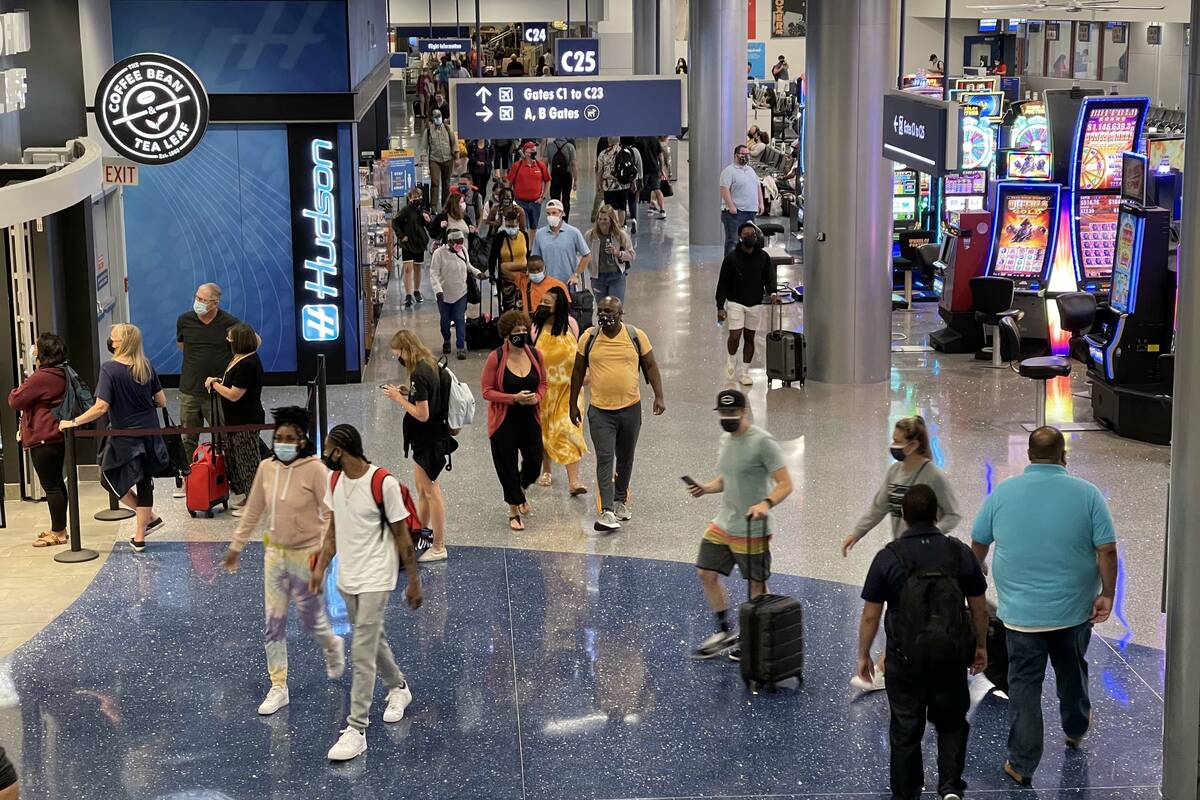 WASHINGTON — The House on Thursday approved legislation that requires airport signs to be printed in foreign languages, a measure designed to make international tourism easier for visitors.

The vote was 369-49 to pass the Translate Act, which was sponsored by Rep. Dina Titus, D-Nev.

“You shouldn’t have to worry about missing a plane in the U.S. just because you don’t speak English,” Titus said on the House floor during debate of her bill earlier this week.

The legislation was co-sponsored by Rep. Van Taylor, a Republican from Texas whose congressional district includes the Dallas-Fort Worth airport.

Titus, a member of the House Transportation and Infrastructure Committee, sponsored the bill because many foreign visitors to destinations such as Las Vegas come from countries where English is not their first language.

“Visitors are eager to return to Las Vegas, and Las Vegas is working hard to welcome them back quickly and safely,” Titus said.

Nevada and Las Vegas were hard hit by the coronavirus pandemic that essentially closed down the travel and tourism industries. Passenger numbers have increased this year at McCarran, and are expected to rise even more following President Joe Biden’s announcement Nov. 8 that allowed vaccinated foreign travelers into the United States.

Cost to provide signs and materials in other languages would have a negligible budget impact, according to the nonpartisan Congressional Budget Office analysis of similar legislation filed by Titus in the last Congress. Her previous bill died.

Companion legislation to the bill passed by the House on Thursday is expected to be filed in the Senate.

In addition to aiding foreign travelers, signs in other languages would benefit U.S. citizens and permanent residents. Nearly 66 million people in this country speak a language other than English at home, according to the U.S. Census Bureau.

An estimated 34 percent of the residents in Clark County speak a language other than English, Titus said.