LONDON — President Donald Trump and British Prime Minister Boris Johnson have many uncommon aspects in common. Brash, beefy, bad-haired and Brexit-loving, the two unconventional heads of state have used their perches to browbeat their political allies, judges and their opponents nonstop.

They’ve made their preference for each other plain.

Yet when Trump was in London for a two-day NATO summit last week, the two buddy leaders refrained from being seen in the usual grip-and-grin greeting shot expected between a host nation’s leader and the American president.

Instead, the two met in private at No. 10 Downing Street for a chat without cameras, because Johnson’s team feared the damage Trump could do to conservatives in the U.K.’s national election on Thursday.

Corbyn has been working overtime to tie Johnson to Trump, whose U.K. approval rating is at 18 percent, according to YouGov. The Labour Party has put out ads warning that if conservatives win, it could lead to a post-Brexit trade deal that would open up the U.K.’s government-run National Health Service to U.S. markets and drive up prescription drug prices.

Corbyn had threatened to confront Trump at a NATO reception held at Buckingham Palace on Tuesday, but he never found the opportunity.

When a reporter questioned Trump about Corbyn’s NHS charge, he said he wouldn’t take the NHS “on a silver platter.”

“For quite a few people in the U.K., Trump and Johnson share what we call in the U.K. ‘Marmite’ traits; you either love them with almost a blind faith or hate them with no trust whatsoever,” Kirsten Xanthippe, a former Democratic political consultant now in the U.K., said of the food spread.

“So this parliamentary election, many voters are asking themselves, ‘Do I trust Trump and Johnson with Brexit and the NHS?’” she added.

Aside from the NHS issue, Trump himself has been a recurring hot spot in British politics.

During a Dec. 1 debate, left-leaning candidates revealed how they’d deal with the American president.

At one point, Liberal Democrat Jo Swinson challenged for Brexit party leader Nigel Farage for his take on an “Access Hollywood” recording in which Trump bragged about grabbing women’s private parts.

“It was crass, and it was crude, and it was wrong — men say dreadful things sometimes,” Farage responded before he added that “if all of us were caught out on what we said on a night out after a drink,” none would be on stage.

The latest YouGov poll gave Johnson comfortable first place standing with 43 percent of the vote, compared with 33 percent for Labour.

But Johnson is not one to sit on a lead.

As Air Force One touched down last Monday night, Downing Street had sent out the word that Johnson had asked Trump not to insert himself into the British election.

To shouted questions about his view of the coming election, Trump demurred that he did not have an opinion on the race, as he added he’s a supporter of Brexit and “Boris is very capable.”

That was before Johnson was captured on video grinning as Canadian Prime Minister Justin Trudeau talked about Trump’s extended remarks with reporters during NATO bilateral meetings. 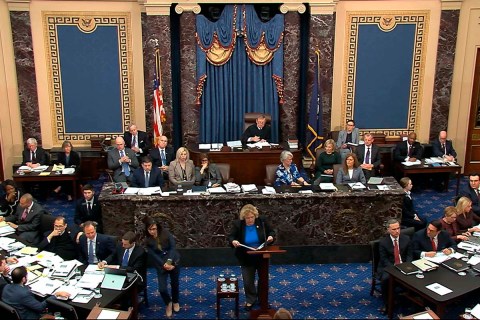 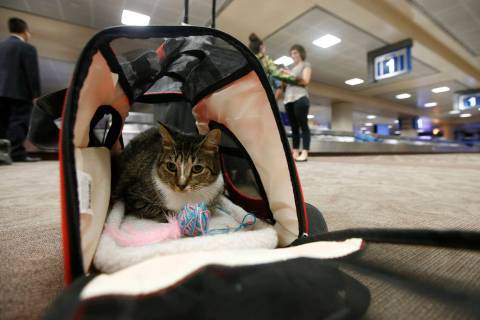