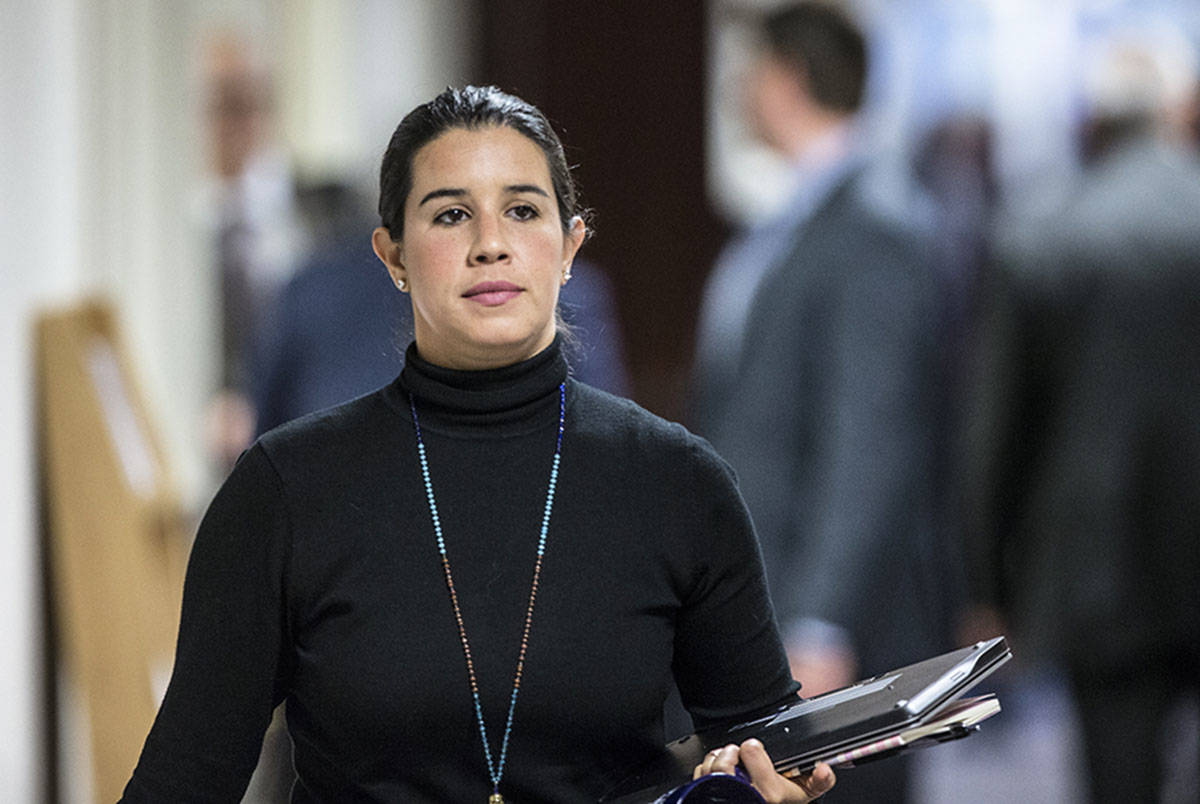 Sen. Yvanna Cancela, D-Nev., walks to the Senate Chamber during the second day of the Nevada Legislative session on Tuesday, Feb. 7, 2017, at the Legislative Building, in Carson City. (Benjamin Hager/Las Vegas Review-Journal) @benjaminhphoto 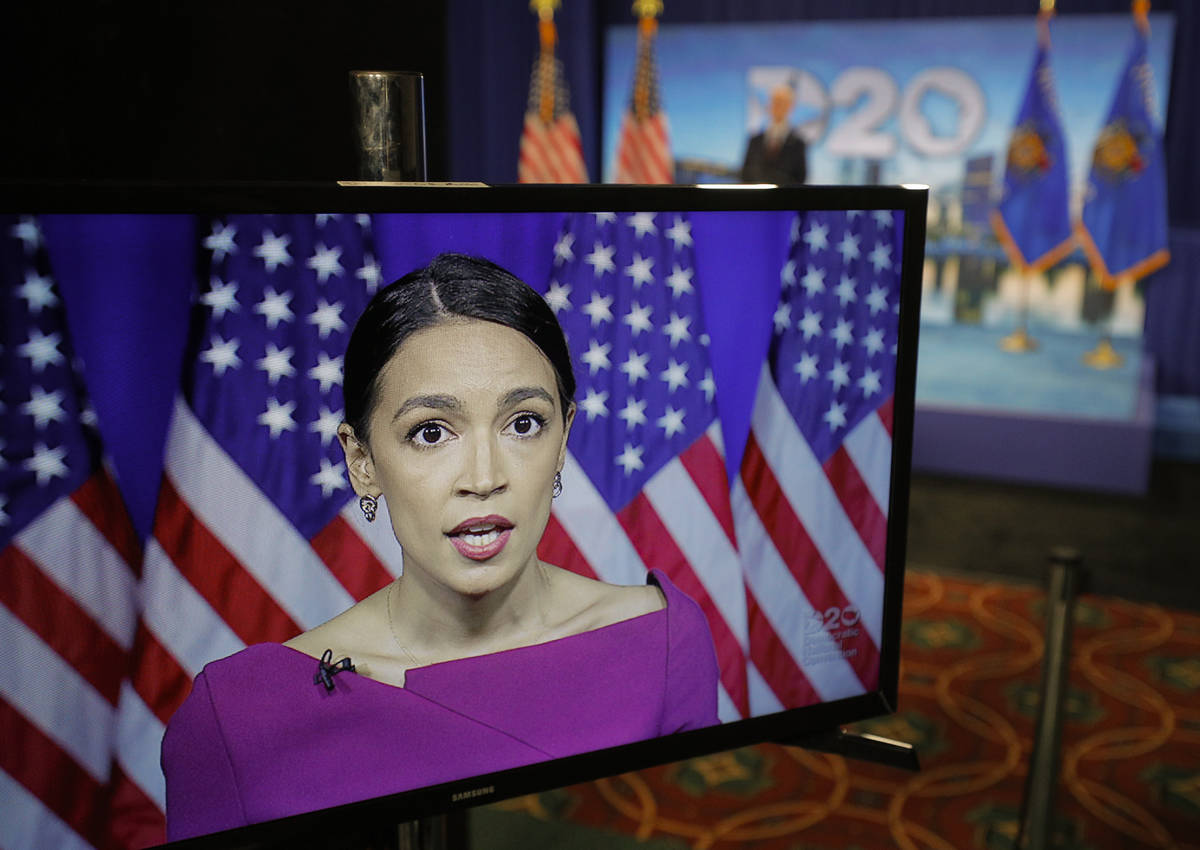 The three young Democrats were just part of a diverse group of 17 “rising stars” that the Democratic National Committee selected to speak to the unity behind presumptive Democratic presidential nominee Joe Biden and his running mate, Sen. Kamala Harris of California.

The keynote preceded the roll call of states, where Rep. Dina Titus of Nevada, standing at the “Welcome to Fabulous Las Vegas” sign on the Strip with workers who are feeling the economic woe of the pandemic, cast 24 Nevada votes for Sen. Bernie Sanders, I-Vt., and 25 votes for Biden.

“Working people are the backbone of our economy and the key to our recovery,” Titus said. “Joe Biden knows it’s not enough to praise them. We have to reward them. So let’s raise the minimum wage to $15 an hour.”

The rising stars of the Democratic Party took aim at policies of President Donald Trump.

“Donald Trump doesn’t understand we can’t fix our economy until we get a hold of the virus,” said Cancela, an adviser to the Biden campaign in Nevada and a Democratic activist who first helped with the re-election bid of then-Sen. Harry Reid in 2010.

Cancela’s message has been one of empowerment. She has worked to increase the participation of Latinas and people of color in politics and business.

A UNLV law graduate who took the bar exam last week, Cancela was appointed to the state Senate in 2016 and elected in her own right in 2018.

In a collage of speeches, Cancela said that “in Nevada, we’re making drug prices more transparent so people with chronic illnesses don’t go broke while drug companies get rich.”

She was part of a large mosaic of faces and voices that were spliced to fill the screen for people watching on television because of the cancellation of live festivities in Milwaukee, where the convention was scheduled to occur.

The weaving of images of the next generation was designed by Democratic leaders to showcase the talent of the party and excite younger voters to turn out at the ballot box to elect Biden.

The president will bask in the glow of his own four-day spectacle at the White House next week and accept his party’s nomination for re-election. Republicans also plan to showcase their rising stars in the party.

The Democratic event was headlined by dignitaries like former President Bill Clinton, who jabbed Trump on the U.S. response to the novel coronavirus. But the program also included the voices of Americans like Angie Taylor, of Reno, a pastor and cancer survivor who is voting for Biden because of his plans to restore health care accessibility.

Abrams recently lost a close gubernatorial race in Georgia and was considered a vice presidential candidate until Biden picked Harris to fill out the ticket. Lamb, a Marine and former federal prosecutor, won a swing congressional district in Pennsylvania that helped Democrats regain control of the chamber.

Harris and Biden are scheduled to accept their party’s nomination in Wilmington, Delaware, this week.