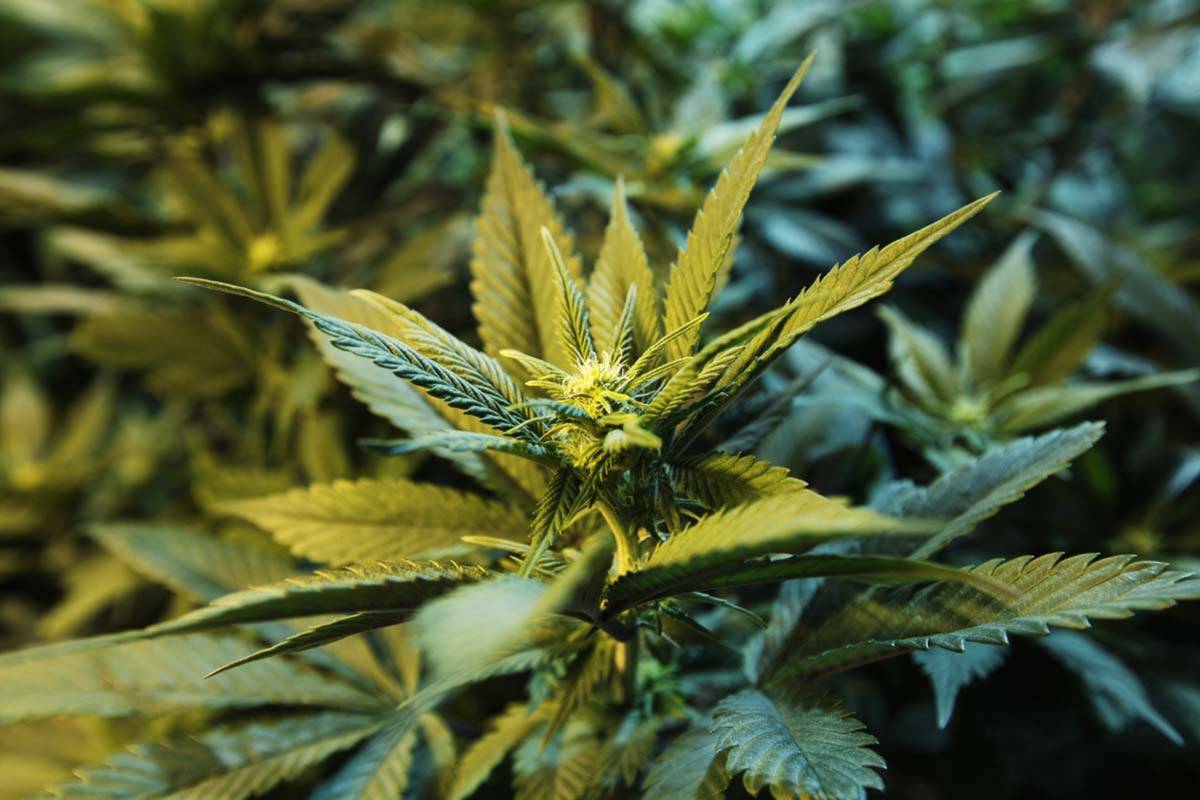 This Wednesday, Nov. 7, 2012 file photo shows a medical marijuana plant at a dispensary in Seattle. A Reno marijuana dispensary may lose its license after the Nevada Cannabis Compliance Board filed complaints on Tuesday. (AP Photo/Ted S. Warren, File)

The Nevada Cannabis Compliance Board on Tuesday filed four complaints against marijuana companies that could result in one Reno marijuana dispensary losing its license.

The move further ratchets up the state’s compliance squeeze on marijuana companies since the board formally took over regulating the industry in July.

That included one filed against Kynd-Strains LLC, the parent company of Mynt dispensaries in Reno. Mynt has two locations in Reno, and it is unclear which location was the target of the complaint as the address was redacted in the complaint released Tuesday.

According to the complaint, a routine inspection of the dispensary found that the company was not properly utilizing the state’s seed-to-sale tracking system, and noted that eight product line inventories were not in line with the state’s system. It also said that the company did not have a required camera malfunction log, did not have documentation of a semi-annual audit of the facilities’ security measures and allowed an employee to work at the location without a valid agency card.

The CCB’s legal counsel is recommending in the complaint that the board revoke the medical and recreational licenses for the dispensary, and impose $19,000 in penalties. The company would not be able to apply for another dispensary license for five years under the proposed action.

A representative for Kynd-Strains could not be reached Tuesday.

Kynd-Strains, like all the companies that have complaints levied against them by the board, has a chance to contest the complaints by requesting a hearing on the charges.

The state is also looking to revoke the licenses for marijuana cultivator Fidelis Holdings LLC, accusing the company of intentionally lying to investigators about its use of a pesticide and trying to conceal evidence.

The state started looking into the cultivator back in March 2019 after a former employee had asked to speak with investigators about Fidelis using a pesticide machine that the state had prohibited the use of for marijuana.

According to the complaint, Fidelis was also using a radiation machine to irradiate the marijuana prior to testing for pesticides without having the required registration.

In an unannounced field visit also in March of 2019, investigators asked if the company was using a pesticide machine, which the company denied. Investigators, however, found the machine on the second floor “hidden under a nondescript cardboard box on a table.” The machine’s exhaust tube had been covered by a lab coat, according to the complaint.

They also found several untagged marijuana products. In Nevada, all products must be tagged for tracking at all times.

The CCB’s legal staff is requesting the cultivation license be revoked, and that the company be barred from applying for another one for 10 years, as well as pay $65,000 in penalties.

Representatives for the company could not be reached Tuesday.

Two other marijuana companies also had complaints levied against them, but the CCB is not recommending license revocations for them,

— Blossom Group: The board is requesting that the state suspend Blossom Group’s production and cultivation licenses for 30 days, and impose penalties of $74,000. The complaint alleges that investigators found dozens of unlabeled products, products that were stored improperly — including being stored in the same freezer as employees’ food — and not having any certified pest inspectors.

— NV Green (medical marijuana production and cultivation): The board recommended penalties of roughly $45,000 against NV Green. The complaint against the company was not properly disposing of marijuana waste and not maintaining security footage as required by law.