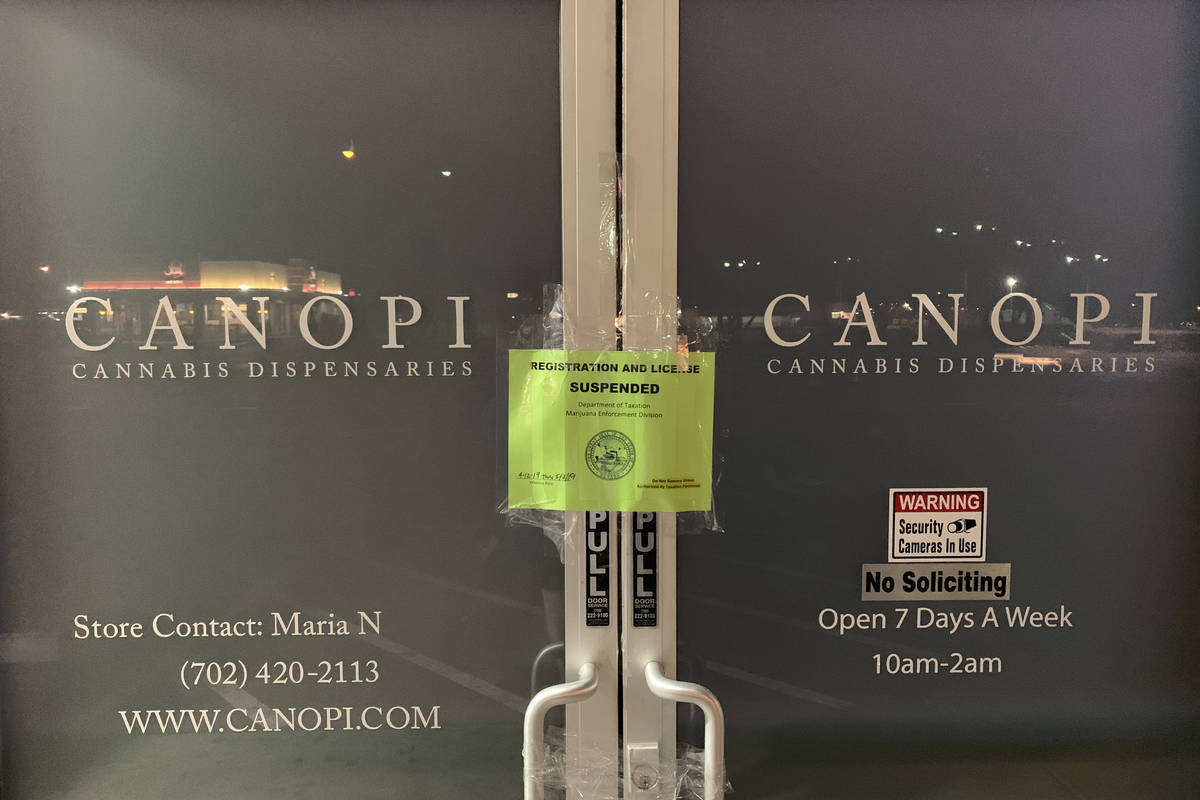 Nevada’s newly-minted Cannabis Compliance Board voted Tuesday to strip more than a dozen licenses from one of the state’s largest marijuana companies, which has been plagued by accusations of fraud, unpaid taxes and more in recent years. (Review-Journal file photo) 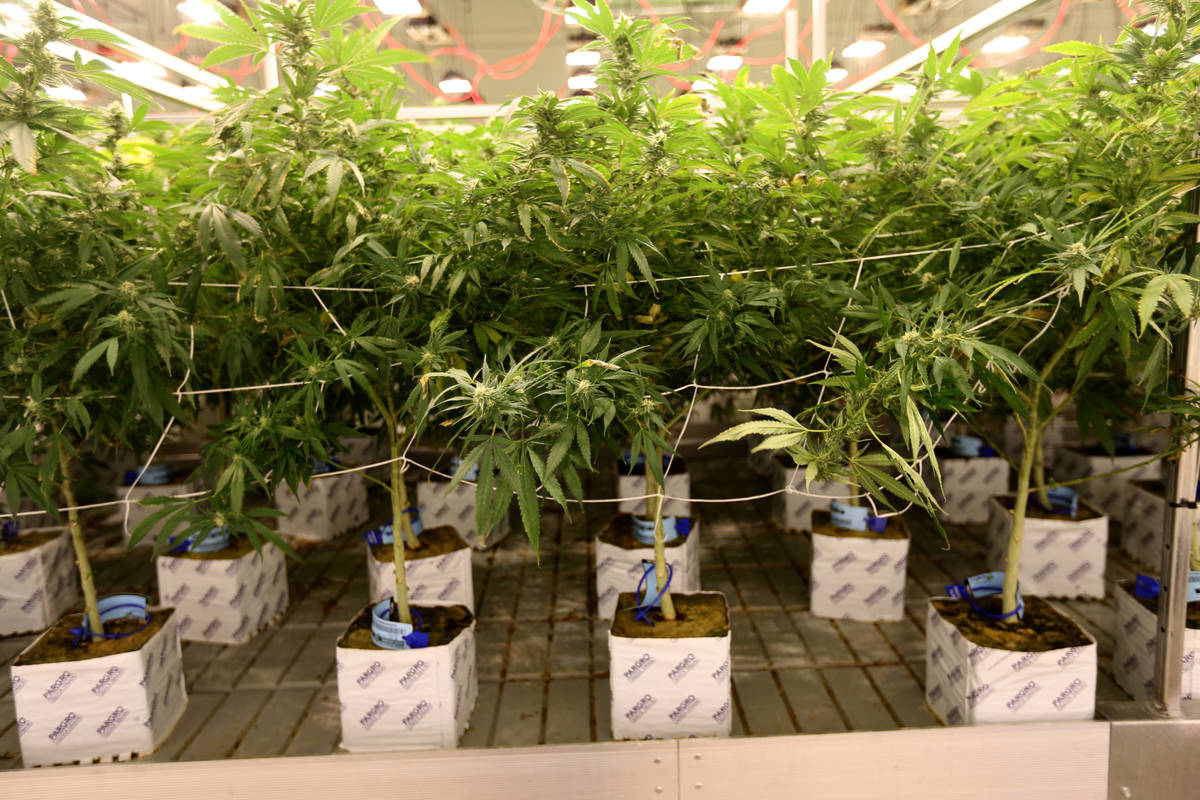 Nevada’s newly-minted Cannabis Compliance Board voted Tuesday to strip more than a dozen licenses from one of the state’s largest marijuana companies, which has been plagued by accusations of fraud, unpaid taxes and more in recent years. (K.M. Cannon Las Vegas Review-Journal) @KMCannonPhoto

Nevada’s newly minted Cannabis Compliance Board voted Tuesday to strip more than a dozen licenses from one of the state’s largest marijuana companies, which has been plagued by accusations of fraud, unpaid taxes and more in recent years.

In its inaugural meeting, the board — which officially took over cannabis enforcement on July 1 — also approved a new set of permanent regulations for the industry and lifted a freeze on the sale or transfer of marijuana licenses that had been in place since last fall after it was revealed that foreign nationals tried to buy political influence to enter the industry in Nevada.

According to the disciplinary settlement that laid out 21 violations by the company, CWNevada had failed to pay taxes to the state for nine months, sold marijuana products that either did not match or were not at all in the state’s seed-to-sale tracking system, sold products without proof that they had been tested for potency or toxins and heavy metals beforehand, failed to tag more than 4,000 marijuana plants with tracking numbers, hid or destroyed evidence and lied to the department.

The settlement revokes six of CWNevada’s marijuana licenses and requires the selling off of its remaining eight licenses. The company operated the CANOPI dispensaries in Las Vegas, as well as several production and cultivation facilities.

The state also fined CWNevada $1.25 million for the violations as part of the disciplinary actions.

Regulators closed two of CWNevada’s Clark County dispensaries last spring after the company had failed to pay its taxes.

The company has also faced numerous lawsuits in recent years, including a class-action lawsuit filed by employees who claimed untimely pay and temporary loss of health care insurance.

A court-appointed receiver was installed over CWNevada in June to keep the company running to “preserve and if possible maximize the value” of the company’s assets to later distribute to its creditors.

The board also voted 3-0 to unfreeze marijuana license transfers and sales that were put in place in October 2019 after foreign nationals had been accused of illegally funneling money to Republican political candidates Adam Laxalt and Wes Duncan in 2018 in an attempt to obtain marijuana business licenses.

Board Executive Director Tyler Klimas told members there are currently 92 pending transfer and license sale requests. Most of those, Klimas said, are straightforward requests, such as withdrawals of owners or internal ownership percentage changes.

Others, he added, are more complicated and involved internationally, publicly traded companies and will take significantly longer to process.

Those license transfer requests will still need board approval.

A new set of permanent regulations was adopted by the board Tuesday as well, but the board members noted that they are not quite set in stone.

“This is an evolving industry and, on some level, a very new industry,” Neilander said. “I recognize that we are going to be constantly looking at these regulations and how they’re regulated and we’ll make changes as necessary.”

The board’s chairman, former Nevada Supreme Court Justice Michael Douglas, called the new regulations “a good first step” and indicated that they plan to continue to take input from the industry, some members of which voiced their concerns with various aspects of the regulations in written statements, as they move forward.

“We are not turning a deaf ear to some of the suggestions that they raised,” Douglas said. “This is our first blush of painting by the numbers.”