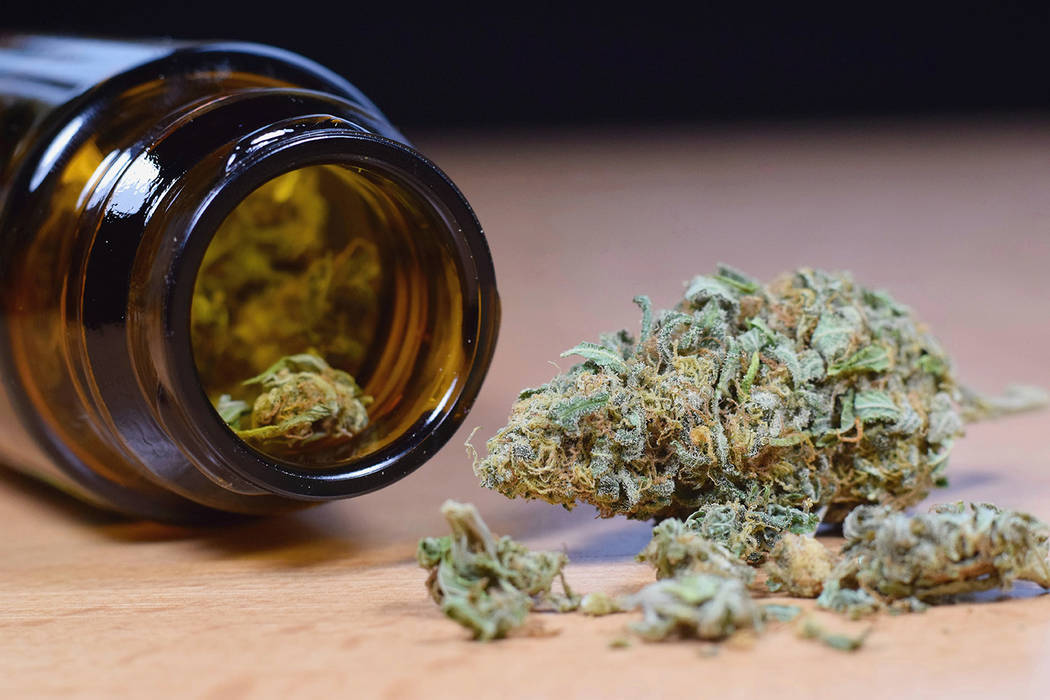 CARSON CITY — Nevada officials have begun to crack down on marijuana businesses amid allegations of possible corruption and lax regulation in the state’s young but lucrative industry.

This week, members of a new task force have conducted unannounced spot inspections at several of the state’s licensed marijuana testing laboratories. Those inspections follow allegations of marijuana testing manipulation and concerns over how cannabis products with unsafe levels of mold, yeast and other microbials were able to pass inspection and make it to the retail market in recent months.

And with federal charges levied last week accusing foreign nationals of trying to buy political influence to enter Nevada’s marijuana industry, the state’s Department of Taxation also announced Thursday that it was indefinitely freezing the sale and transfer of marijuana business licenses based on recommendations from the task force.

“Based on the recommendation, the department will not process any existing or new applications for these regulatory activities while this extended review is in place with the goal of ensuring a more thorough and appropriate vetting process within the industry,” the state said in a statement Thursday.

Will Adler, a marijuana policy lobbyist and consultant, said that it was fair to pause license transfers given recent controversies surrounding ownership of the businesses, including lawsuits over the licensing process and the recent federal indictment.

But Adler added he believes that the companies currently going through the license transfer process that have been vetted should be allowed to proceed.

The state announced last month that it would investigate the labs after two health advisories were issued for multiple batches of marijuana product sold in dispensaries but later found to have unsafe levels of mold, yeast and other microbials.

The governor’s office declined Thursday to comment on the inspections.

Randy Gardner, a managing member for Certified Ag Lab in Sparks, confirmed that investigators had been to his lab Wednesday and again Thursday collecting samples of marijuana products for further testing.

“They just wanted a couple samples,” Gardner said Thursday, adding that he believes the state has “every right” to conduct the inspections to ensure consistency and compliance from the businesses that are meant to act as the watchdog for the state’s marijuana industry.

“They’ve been very polite, very nice. It’s not confrontational at all. Their just doing their job,” Gardner said.

Adler, who also serves as executive director for Scientists for Consumer Safety, a marijuana testing lab association, confirmed that one of his member labs had been spot-inspected this week.

“It was a reasonable request that they were able to comply with in less than 30 minutes,” Adler said.

The creation of the task force was triggered by federal indictment last week that charged four men in a scheme to enter Nevada’s marijuana industry with $1 million provided by an unnamed Russian businessman, and hiding the foreign investor’s involvement due to his “Russian roots and current political paranoia about it.”

One of the men charged in the indictment made donations to Adam Laxalt and Wes Duncan, Republicans who ran unsuccessfully for governor and attorney general last year, respectively, with funds from the Russian investor. The campaigns for the two candidates said they would return the money.

The indictment said that the men knew they missed the September 2018 deadline to apply for a business license, “unless we change the rules” by electing a candidate to state office who might “green-light” their effort.

Marijuana companies selling off their state licenses has been a hot market in a Nevada retail cannabis industry that saw $640 million in sales in fiscal year 2019. Four cannabis businesses were sold in the the second half of 2018 for between $40 million and $290 million.

Gov. Steve Sisolak has also been critical of recent issues that have cropped up in the state’s still-growing marijuana industry, including allegations of manipulated product testing, lawsuits over the state’s licensing process and illegal sales to minors.