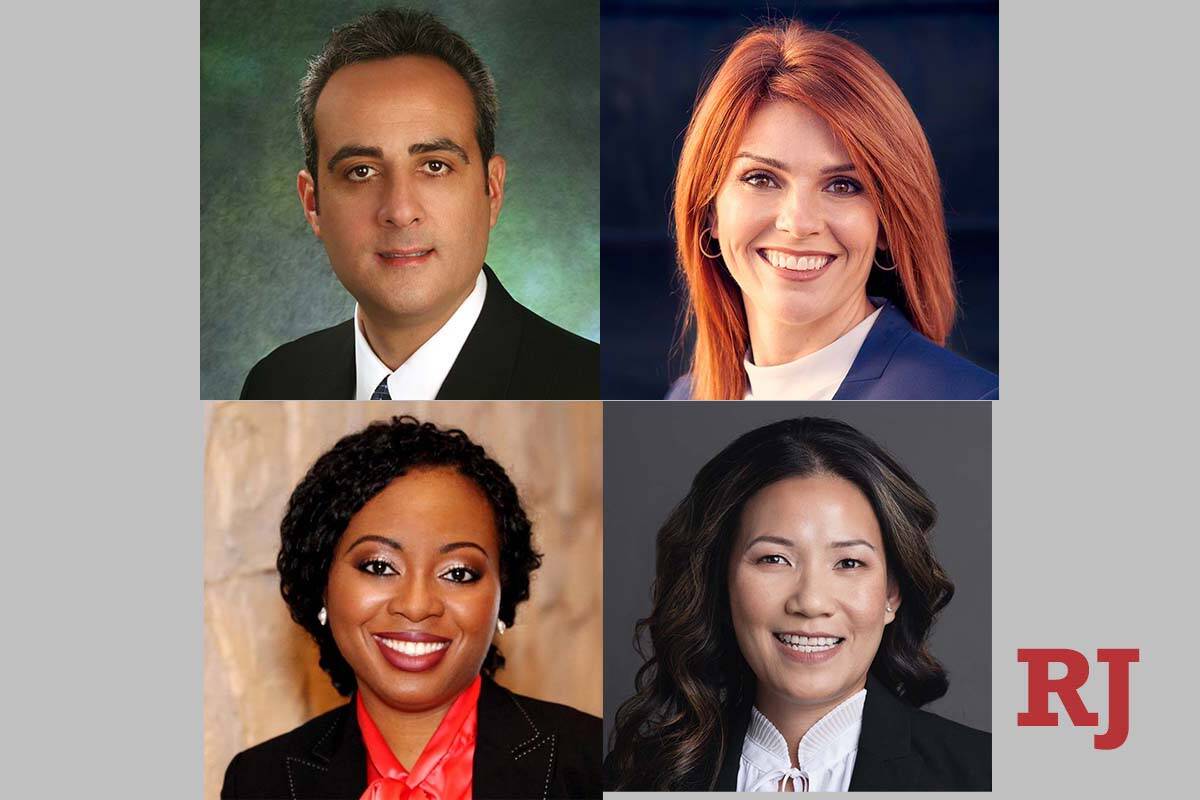 Four attorneys are vying for an open seat in the Las Vegas Justice Court.

The seat in Department 6 was left vacant when former Justice of the Peace Rebecca Kern abruptly resigned in January, citing a need to care for her family.

With her experience as a justice of the peace pro-tempore, Goodey, 37, said she has already judged cases in Las Vegas Justice Court. She was sworn in for the position in 2021, acting as an alternate judge when others are unavailable. Goodey has also served as an alternative judge in Las Vegas Municipal Court, and as an appointed arbitrator in District Court.

“Making sure that everybody is treated fairly and equally under the law is one of the things that I always do in my courtroom when I serve,” Goodey said. “I can’t control what other judges do in their courtroom, but that is something I am committed to.”

Goodey graduated from Boyd Law School in 2010 and has worked in private practice since then. She currently handles personal injury, medical malpractice and business litigation cases.

If elected, Goodey said she would want to focus on alleviating the backlog she said the department is currently facing.

“We don’t have a lot of judges with civil law experience in our Justice Court, and we need that to be able to move these cases along,” she said.

The 38-year-old has also served for six years as a judge pro-tempore in Clark County Small Claims Court.

“This will not be necessarily new to me,” Massey said. “There’s intentionality behind this, and I think I’m ready to serve in a full-time capacity.”

As a judge, Massey said she would like to increase language accessibility in the court system.

Massey’s family immigrated to the United States from Nigeria when she was a teenager. She was set to study engineering in college until her 12-year-old brother was killed by a drunk driver, and her experience with the legal system led her to become a lawyer. She graduated from the University of Memphis law school in 2008.

“The lived experience of having been in the shoes of a lot of the clients who come before this court, I think all of that personally and professionally make me uniquely qualified to be the best candidate for this position,” Massey said.

Hibbetts, 42, emphasized that she has practiced law in Justice Court nearly every day for the past 10 years she has worked with the Clark County public defender’s office. She is currently one of four attorneys who represents defendants in cases involving DUI and vehicular crimes.

“I think that’s what the community needs, is someone who has seen it all and hopefully makes things better,” Hibbetts said.

Hibbetts attended both high school and college in Las Vegas before graduating from the California Western School of Law in San Diego in 2011. She said her background as an immigrant from Hong Kong would benefit her if elected.

“As a judge, obviously you can’t advocate,” she said. “But the judge can be more acute or aware of those things that go on, and hopefully that brings a unique perspective to the bench.”

Hibbetts also said that she would like to run an efficient calendar with a “very respectful environment.” If elected, Hibbetts said she plans to try and create a mental health court program for Las Vegas Justice Court, similar to programs already in place at the municipal level and in District Court.

“It creates kind of a jurisdictional issue where if someone really needs the help, but they’re a low-level offender, where do we send them?” she said.

Gonzalez, 60, spent ten years as a public defender — five of those year representing minors in juvenile delinquency court — before he was appointed in 2009 to serve as a Family Court judge. He served until he was defeated for re-election in 2014.

In 2020, Gonzalez lost a close race for Family Court Department U.

“I had a lot of bipartisan support in that election,” he said. “So that was something that really I was grateful to have, and I’m hoping to have that type of support again in this election.”

Gonzalez, who graduated from Brigham Young University’s law school in 1997, currently runs his own law firm and serves as a court-appointed attorney in Family Court.

He said that as a judge, he believes it’s important to run an efficient courtroom and not “create the law — that’s the role of the Legislature.”

“I care about people,” he said. “I think that’s very important as a judge that you understand that the decisions that you’re making are going to impact families and individuals potentially for the rest of their lives.”