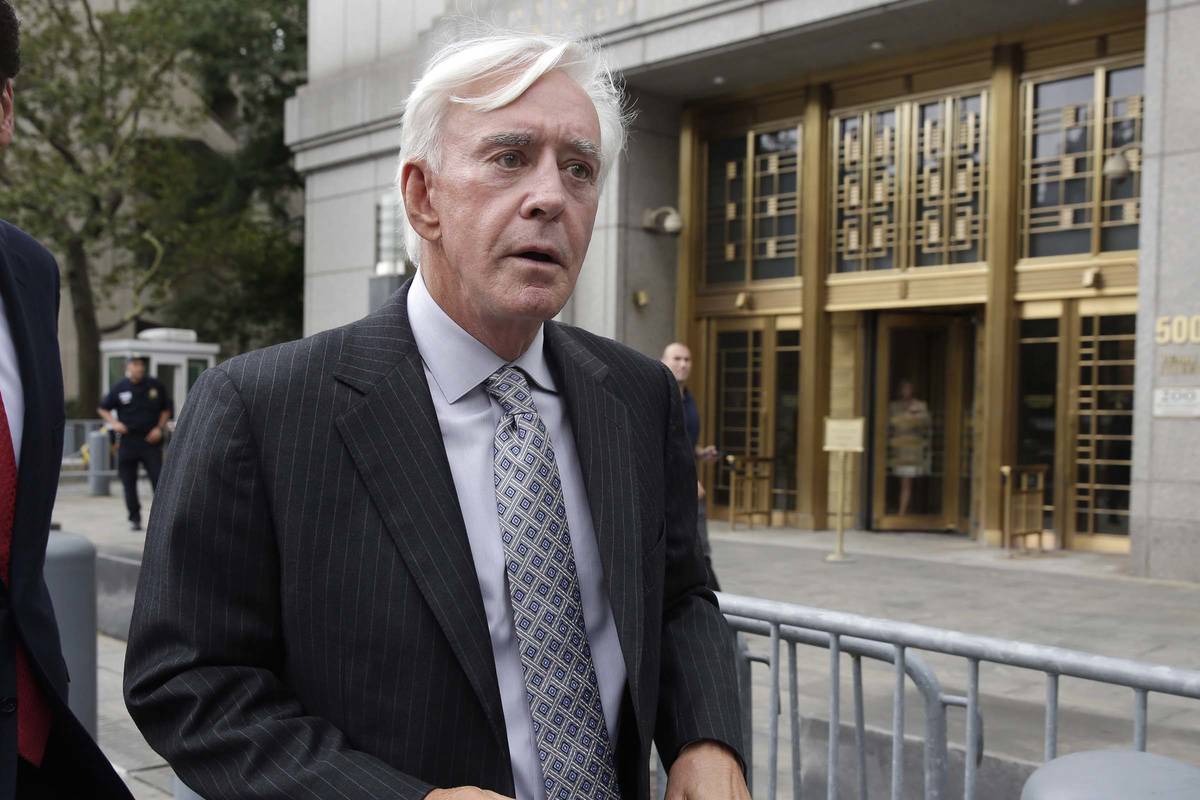 Walters and his wife, Susan, noted Reid’s contributions to the area.

“Harry Reid is very deserving of this great honor and Susan and I want to help make it a reality,’’ Walters said in a statement about the push to rename McCarran International Airport. “Harry has been a warrior for the people of Nevada, especially working people and people in need. He is a man of integrity and I am proud to call him a personal friend.’’

Walters was convicted of insider trading in 2017. Authorities said he earned more than $40 million illegally trading the stock of Dallas-based Dean Foods. He served more than 2½ years in prison before his release this year because of the pandemic.

Walters filed a pardon request with the White House in August 2017 that he said was supported by Reid and other former or current Nevada elected officials. Former President Donald Trump commuted Walters’ sentence in January.

The airport is named after former Sen. Patrick McCarran, who represented the state between 1933 and 1954. The renaming effort led by Commissioner Tick Segerblom was brought up due to McCarran’s controversial past.

In February, Clark County commissioners voted to rename the airport after Reid and set up an account this summer for work tied to replacing signage and other aspects of the change.

The commission was adamant that no taxpayer money would be used for the renaming and hoped to fund the account through donations.

Walters’ donation is the second seven-figure addition to the fund; Las Vegas businessman Stephen Cloobeck made the first, also for $1 million. Segerblom said work can begin on changing the name at the airport once $4.2 million of the $7 million price tag is secured.

“That was a surprise,” Segerblom said of the donation. “It’s definitely welcomed.”

Segerblom said the two $1 million donations are all that he is aware of being contributed to the account. He expects a few more donations in the hundred-thousand-dollar range to be made soon.

Hopes are still to have the work tied to renaming the airport begin next month, Segerblom added.

In June the Federal Aviation Administration completed updating documents and records to reflect the name change, a needed step before any work at the airport can begin.

Walters said he can relate to the hard work Reid put in to work his way up from a working-class family all the way up to becoming Senate majority leader.

“As someone who also grew up in less-than-ideal conditions, I can appreciate the grit and determination it took for Harry Reid to accomplish all that he did,’’ Walters said. “Harry appreciated and empathized with people from all walks of life. It will be a fitting tribute that visitors to our great city and state will be reminded of that legacy when they travel here.’’