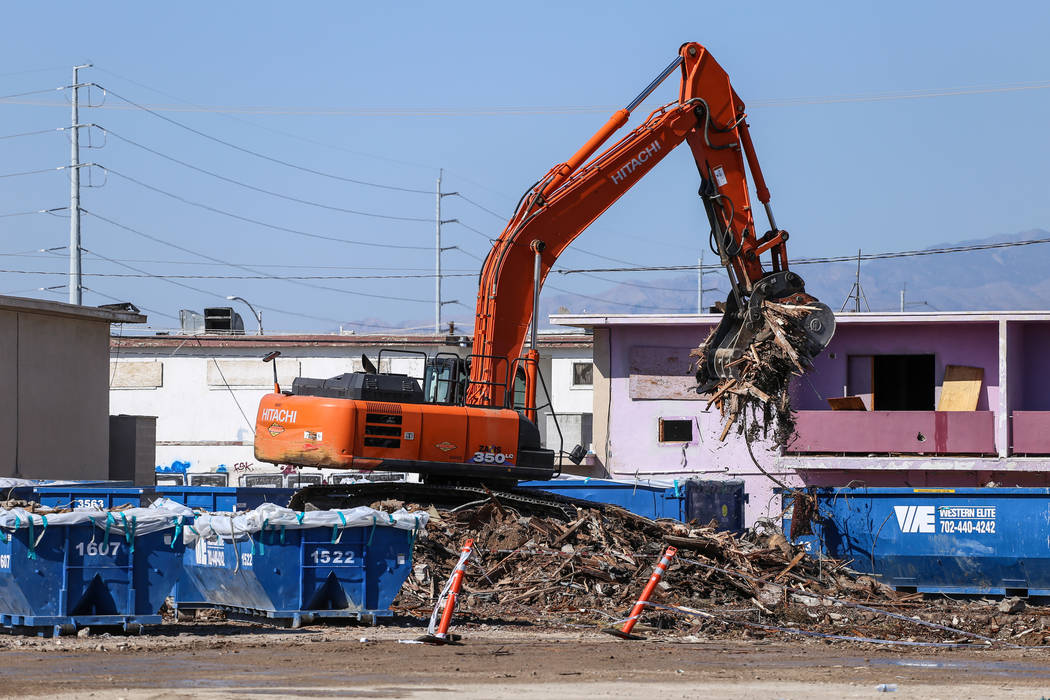 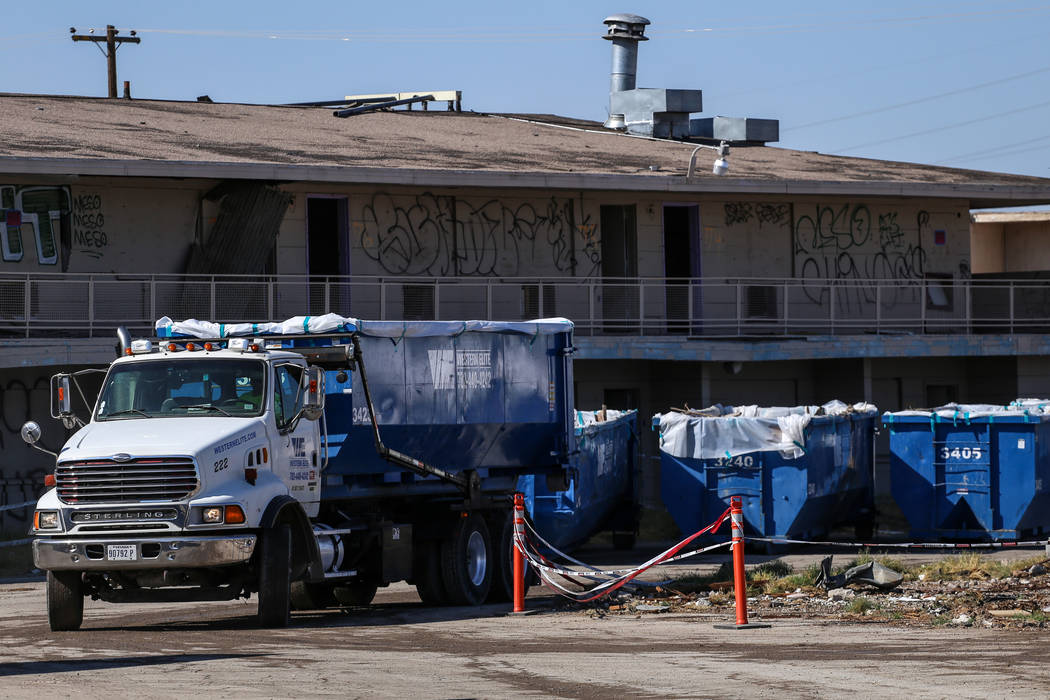 A truck reverses to drop an empty dumpster to be filled as crews clean up remnants of the demolished Moulin Rouge in Las Vegas, Thursday, Oct. 19, 2017. Joel Angel Juarez Las Vegas Review-Journal @jajuarezphoto 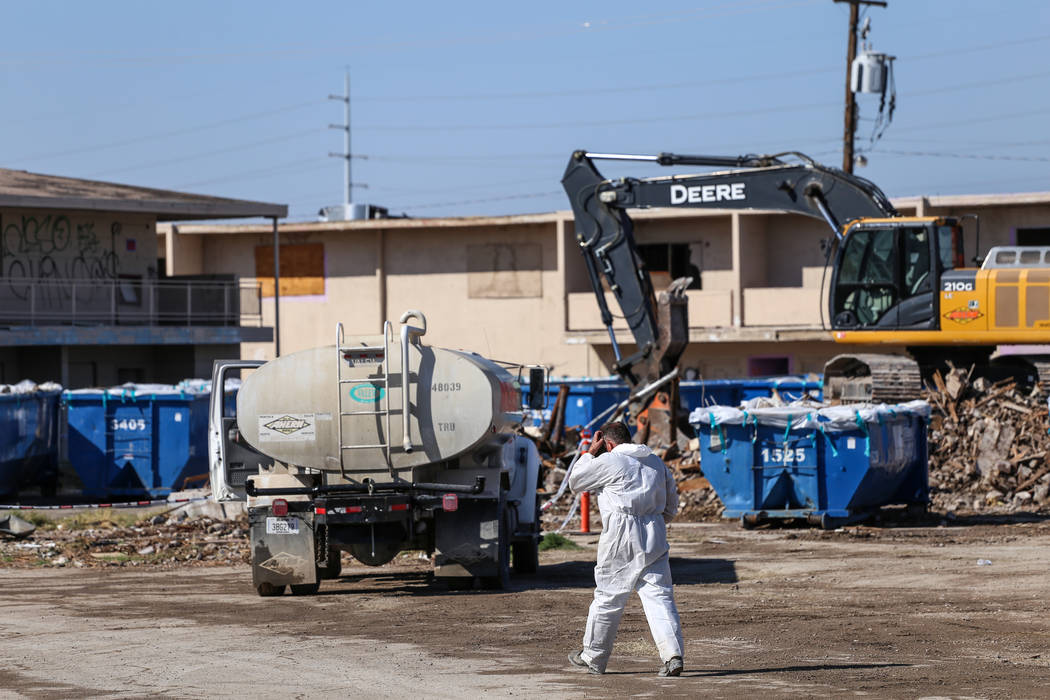 A worker walks back to his vehicle as crews clean up remnants of the demolished Moulin Rouge in Las Vegas, Thursday, Oct. 19, 2017. Joel Angel Juarez Las Vegas Review-Journal @jajuarezphoto 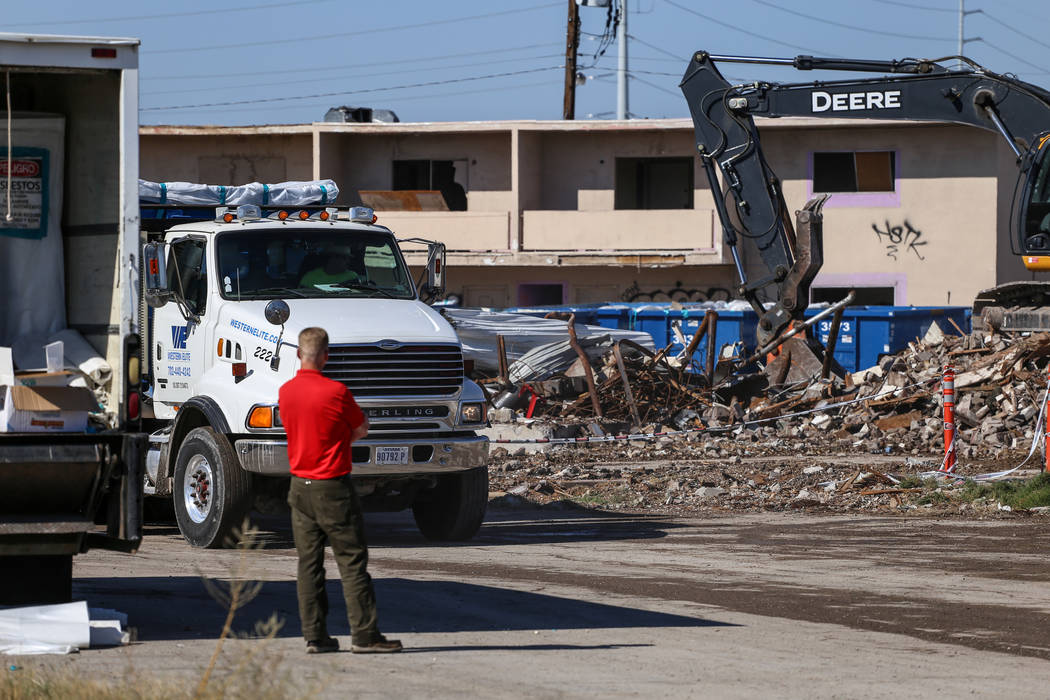 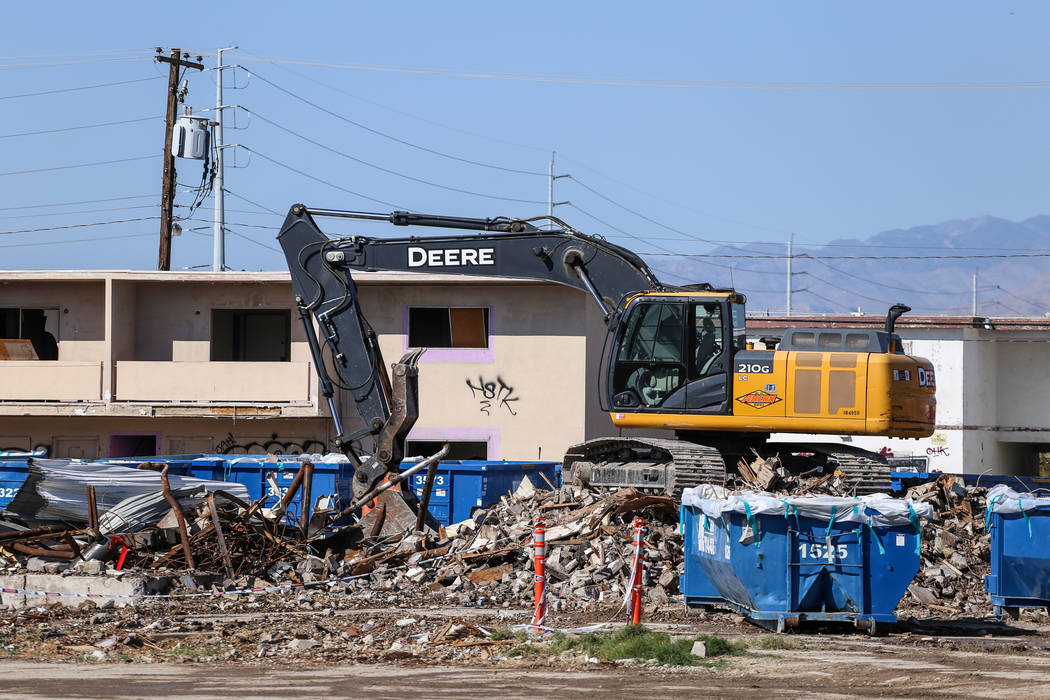 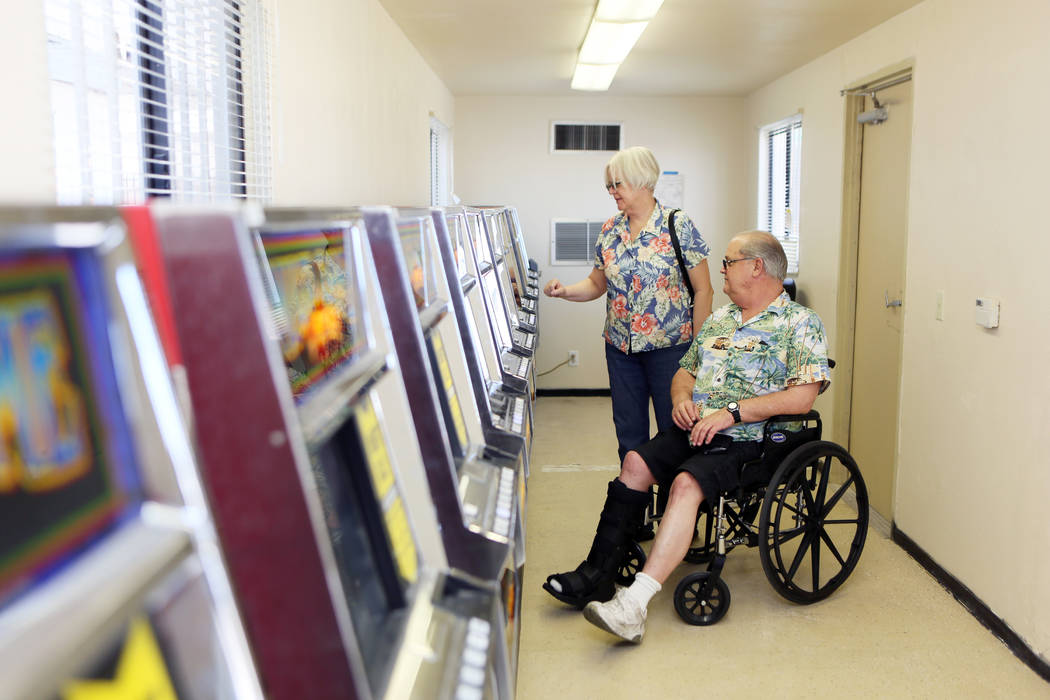 Barbara Moore and her husband Ron play a slot machine inside a modular building at Moulin Rouge, located at 900 West Bonanza Rd., Wednesday, June 11, 2014, in Las Vegas. Gaming was available temporarily for the public during an 8-hour slot on Wednesday in order to fulfill the property's gaming rights. Ronda Churchill Las Vegas Review-Journal 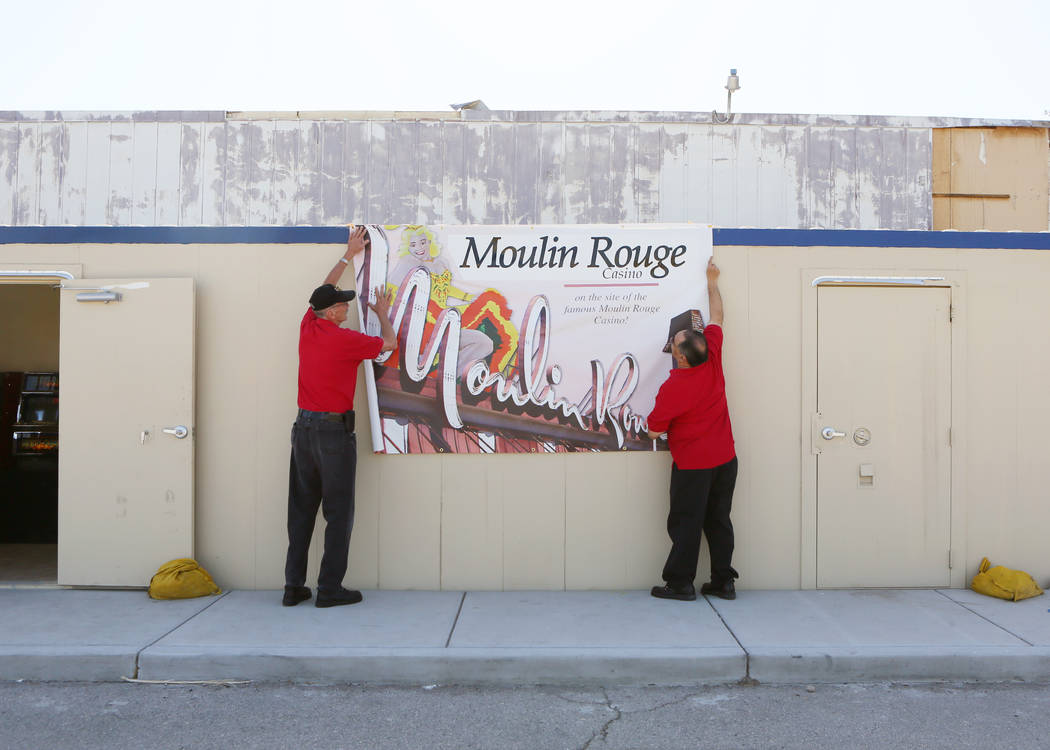 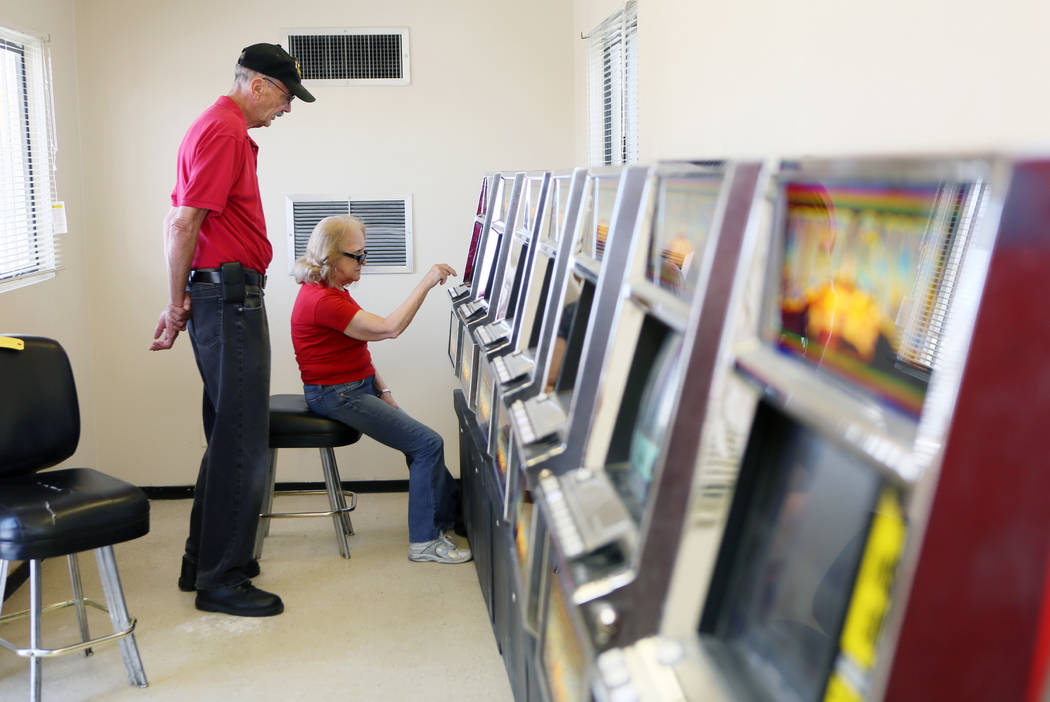 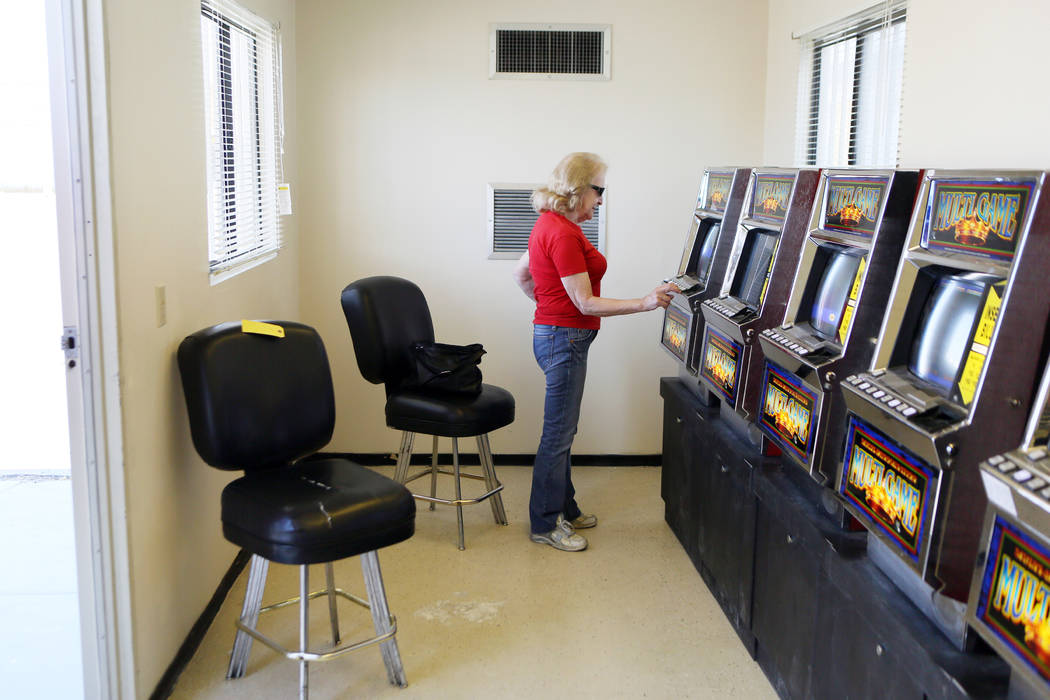 Louise Yokshus plays a slot machine inside a modular building at Moulin Rouge, located at 900 West Bonanza Rd., Wednesday, June 11, 2014, in Las Vegas. Gaming was available temporarily for the public during an 8-hour slot on Wednesday in order to fulfill the property's gaming rights. Ronda Churchill Las Vegas Review-Journal

Clark County reversed course Tuesday after running into waves of public pushback, announcing it will not purchase the historic site of the former Moulin Rouge casino in west Las Vegas.

County commissioners said they would no longer pursue their winning bid of $6.2 million for the 15-acre property on Bonanza Road. District Judge Elizabeth Gonzalez, who selected the county’s bid last month, had set a deadline of Nov. 29 to complete the purchase.

The county’s decision came after residents of the historic neighborhood decried the county’s plans to build a new Department of Family Services building on land that was once housed Las Vegas’ first racially integrated hotel-casino.

Commissioner Lawrence Weekly, who represents the neighborhood, said the county walked away from the purchase because it understands the site’s importance. He added that the county did not want to hurt economic development in the area by constructing a tax-exempt government building, nor did it want to be responsible for the site’s gaming license expiring.

“This is not a hill to die on for us,” he said. “We’ll look elsewhere, and our hope and prayer is that something good and positive will come out of this for the community.”

As the county was abandoning the purchase, another buyer appeared ready to step in, court-appointed receiver Kevin Hanchett told the Review-Journal Tuesday afternoon.

Hanchett said he the court has allowed him to pick one of the other three remaining bidders on the property so long as they agree to match the county’s offer. That would mean the deal would not need to go back before a judge.

Hanchett said he reached out to Spec Builders USA Inc. on Tuesday morning after the commission’s announcement. The company, which previously bid $5 million plus demolition costs, agreed to match the county’s offer.

“They have been in constant contact with me, and they’ve also demonstrated the most likely ability to close on the purchase,” Hanchett said. “We’re contemplating a closing on Jan. 26.”

Representatives of Spec Builders USA Inc. could not be immediately reached for comment.

The company was one of three companies that bid on the property before the county’s was accepted. The others are Real Estate Management Services LLC and Las Vegas Moulin Rouge LLC.

Katherine Duncan, president of the Ward 5 Chamber of Commerce, said that she plans to work with all three private companies that previously bid on the site. Them working together, she said, is critical to the project’s success.

“I’ve worked with all of the developers that are vying for the project, and I don’t believe anyone of them standing alone can make the project work,” she said.

There are more than 300 investors awaiting a sale of the Moulin Rouge property in hopes they will finally be repaid at least a portion of a $19 million loan that the borrower defaulted on.

The original Moulin Rouge opened downtown in 1955 at an estimated cost of $3.5 million. It had a short run, remaining in business for only six months.

Regardless, its brief history is seen as a point of pride for the African American community of west Las Vegas. The site was placed on the National Register of Historic Places in 1992.