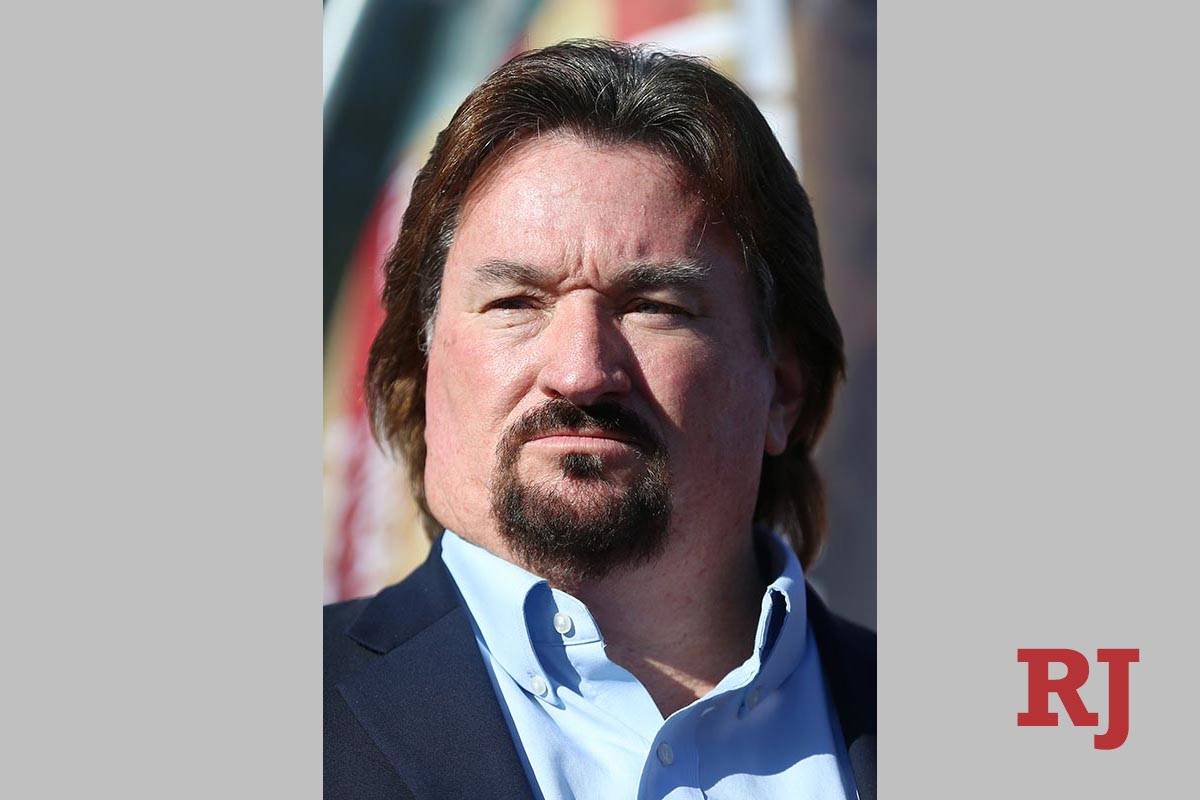 The Clark County Republican Party is in flux after a typically routine meeting to elect new officers devolved, with one said labeling it a clear attempt to box certain members out of the democratic proceedings while others call it a near-riot involving a group with a history of threatening fellow Republicans.

On the one side, as has often been the case for the last few years, is the outgoing county party leadership, led by Chair Dave Sajdak.

Sajdak, whose term was set to expire, resigned last week after recessing his July 20 meeting at Spring Valley High School before holding the party’s officer election.

On the other side is a group with close ties to Nevada Republican Party Chair Michael McDonald, who also attended the July 20 meeting. McDonald maintains the state party has no official involvement, but as a member of the county party’s central committee, he is set on ensuring the outgoing leadership is held to account for various alleged violations of state law and party bylaws.

The outgoing officers say they still have elected control over their party, as the party’s bylaws state their terms “shall be for two years or until the next scheduled election for officers, whichever comes sooner.” While Sajdak has resigned and is termed out, Vice Chair and former Assemblyman Stephen Silberkraus and the other executive board members have not yet served for a full two years.

Ed Gonzalez, who has worked for the party in various capacities, sent out a statement to the party’s central committee as “acting secretary” further claiming the meeting remains in recess and will be reconvened.

The opposing sect claims it will gather a quorum of some 53 members of the central committee on Wednesday to elect new leadership, further stipulating that current executive board members have now termed out and all leadership positions are vacant.

McDonald said this group has retained a parliamentarian and former Clark County District Court Judge Richard Scotti to preside over its meeting. They insist all executive board members’ terms have expired, and a quorum of at least 10 percent of the central committee must meet to elect new ones.

Several hundred people, including members of a far-right activist wing the Review-Journal previously reported had allegedly threatened elected Republican women while planning a bid for party leadership, claim they were locked out of the July 20 meeting.

Gonzalez, in his email, claimed the group damaged Clark County School District property and posed a significant security threat to the meeting. He added it took at least 11 police officers to restore order.

The group ostensibly planned to support Jesse Law, the state party’s former political director and a former Trump White House employee who is running for party chair. He put out a mailer instructing supporters how to handle obstruction by Sajdak’s group, which announced just before the meeting it would exclude Law from contention due to various alleged violations of party ethics and behavior policies.

Law is running against state Sen. Carrie Buck, who is endorsed by the current leadership but nonetheless called for Sajdak’s resignation after the botched meeting.

On Saturday, Law announced his support for the new “quorum” and its Wednesday meeting, currently set to be held at the Ahern Hotel at 6 p.m. Ahern was recently announced as finance chairman for the state party.

No Mask Nevada, a PAC formed to fight mask mandates, has also sent out a variety of emails in support of Law and attacking Buck. It is also promoting the new meeting.

In May, the same PAC and other activists attempted to hold its own quorum-claiming gathering after the party canceled a planned meeting due reported security threats, despite a court order barring any party meetings while a discrimination lawsuit filed by many of the same activists was pending. That attempted gathering ultimately fizzled out.

Gonzalez and the outgoing county party leadership maintain that no new gathering can be called, as the recessed July 20 meeting is still ongoing.

“Once again, the Clark County Republican Central Committee remains committed to holding an election in a safe and secure setting for all members,” he wrote. “In light of recent events… the CCRCC will take immediate steps to reevaluate our safety and organizational procedures to ensure that the continued July meeting will be conducted in a safe and transparent manner to ensure a smooth voting process.”

Sajdak agreed with Gonzalez’s reading of the bylaws, but McDonald does not.

McDonald said the county party’s leadership is currently vacant, as the two-year terms have ended. Silberkraus and others on the board, apart from Sajdak, were appointed to fill the end of a two-year term, not a full two years regardless of when they were appointed, he said.

McDonald maintained his neutrality in the party chair election, noting that Law and fellow candidate Dave Crete are his friends.

Still, McDonald said Sajdak and the outgoing board “all need to be held accountable for what they did to Jesse and for the illegal actions” taken at the July 20 meeting, including trying to collect entry or membership fees, which is expressly forbidden under state law.

Gonzalez declined to comment on the fee accusation. It remains unclear when the outgoing county leadership plans to resume its July 20 meeting.