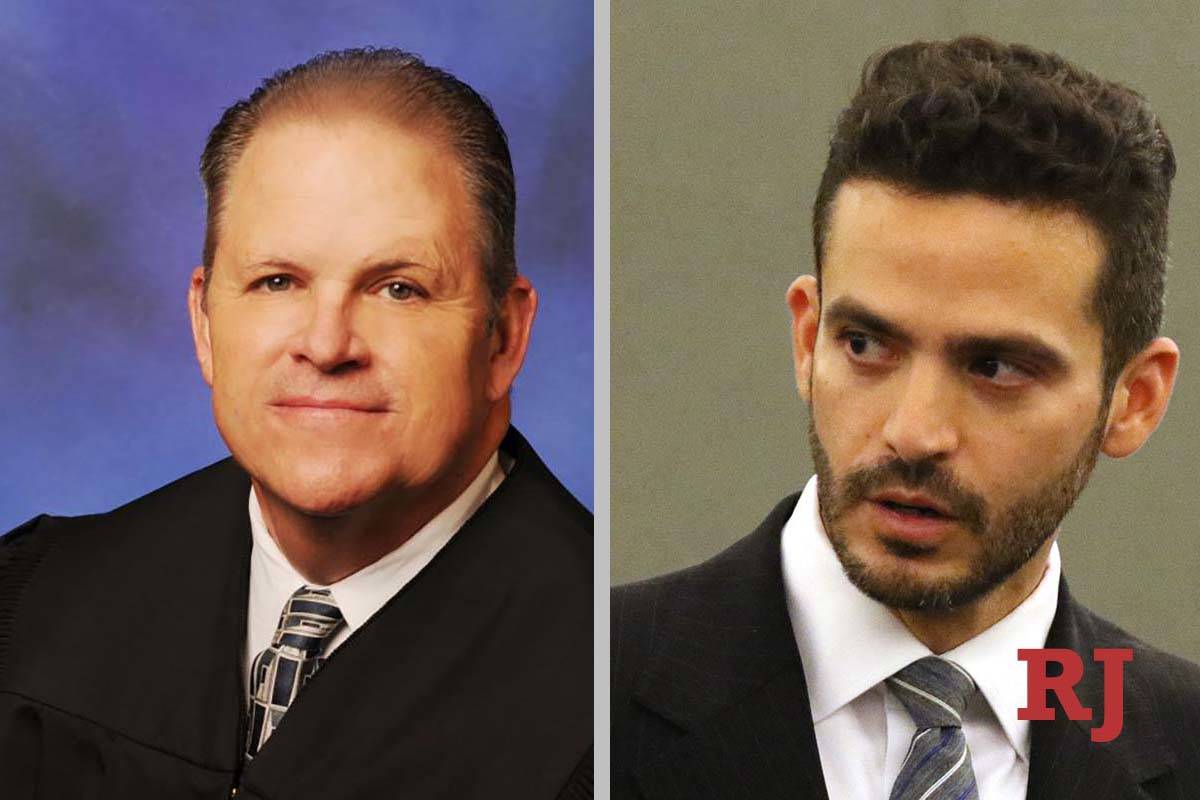 While interviewing with the Mesquite to Moapa Democrats club last month, Jones said he received a lone negative comment from lawyers who participated in the survey. He also suggested that the comment criticized him for being too harsh when it came to sentencing sex offenders.

“The one and only negative comment I had was basically about my sentencing of sex offenders, so figured it was probably my opponent,” Jones told the club’s 85 members in a video posted online.

While Jones received more favorable comments than negative comments and garnered an 85 percent retention score from attorneys, he was not criticized for stiff sentences.

Reached by a Review-Journal reporter on Friday, Jones acknowledged that his statement was inaccurate.

“That was just a misstatement by me,” he said. “I made a mistake in the source.”

Each judge received a complete list of comments that were made about them, although the newspaper did not publish every remark and does not know the identities of the lawyers who made them.

One attorney wrote: “I recommend that Judge Jones be retained, however, he is at times much too lenient in his criminal sentencing.” Another commented that Jones “needs to be tougher on crime.”

David Lopez-Negrete, a deputy public defender who is running against Jones, called the judge’s statements at the campaign event “untrue” and “offensive.” He said he challenged Jones, who was appointed to the bench in 2016 and ran unopposed in 2018, to give voters an option.

“It’s really disappointing that he would stoop to the level of fabricating a flat-out lie to try to make himself look good and in the process try to smear me,” said Lopez-Negrete, who watched Jones’ interview live. “I think he’s betrayed the public trust.”

There were no comments about Jones in the Review-Journal survey regarding sex crimes, though another lawyer wrote that “his conduct was deplorable in a criminal sentencing.”

Asked about the nature of the comments he received in the newspaper’s survey, Jones said, “Negative comments to me are the ones that deal with my performance as a judge.”

Lopez-Negrete said the incumbent did not reply to emails or traditional postal mail Lopez-Negrete sent after he watched the interview.

He said he had practiced in Jones’ courtroom prior to challenging him but did not participate in the Review-Journal’s survey.

“I believe people convicted of serious crimes deserve serious punishment, and it has nothing to do with why I filed to run against him,” Lopez-Negrete said.

Jones acknowledged that his campaign had received an email from Lopez-Negrete, in which the challenger explained his motivation for running.

“That’s nice to know,” Jones said. “I hope I’m not doing anything he or his team thinks is improper in my sentencings, and if so I hope they would appeal them.”

In the interview with the Mesquite club, Jones accurately reported his retention rating.

“I’m actually very proud of that ranking,” he said. “And I think it is done by people with an honest view toward getting to answer those questions and let their opinions known.”