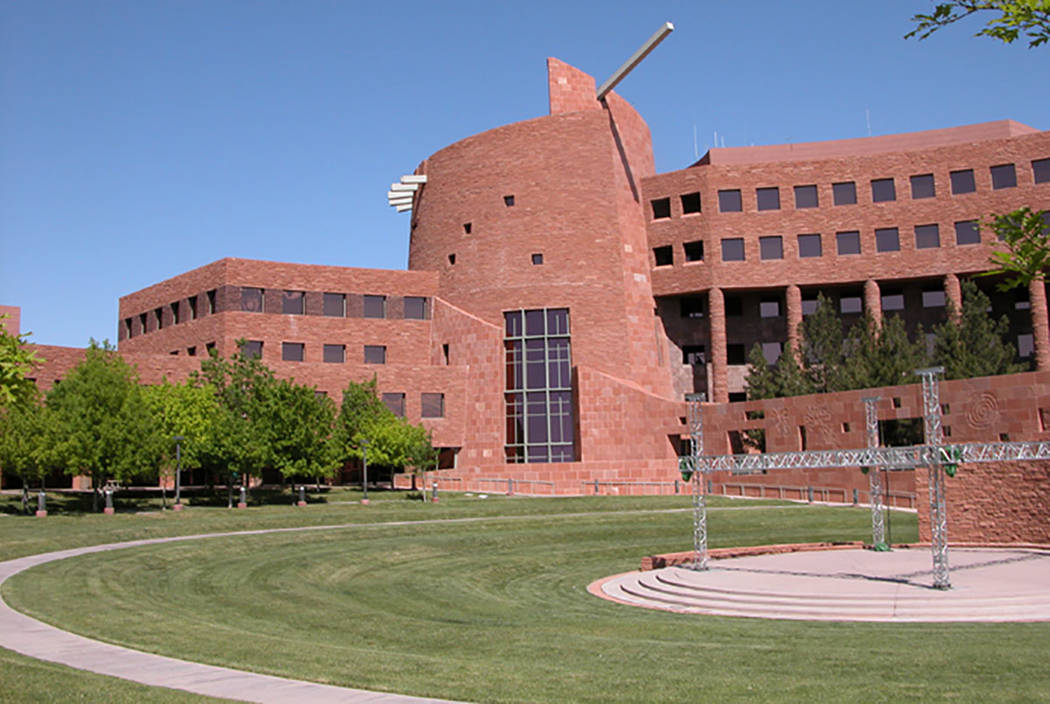 Clark County paid its employees $15 million more in salaries last year than it did in 2016, according to 2017 payroll data released last week.

County employees received salaries totaling $486 million in 2017. The year before it was closer to $471 million.

County Comptroller Anna Danchik said the increase in payroll costs was primarily driven by contractual raises received by unionized government employees, who were entitled to annual salary increases of up to 6 percent. The county offered the same raises to most nonunion employees.

The good news, “our general fund revenues increased at a higher percentage than our salaries and benefits increased from 2016 to 2017,” Danchik said.

The payroll data covers close to 11,000 full-time and part-time county employees. As in years past it does not include University Medical Center or Metropolitan Police Department employees, except for Sheriff Joe Lombardo. For the first time it included Boulder City Library and Regional Flood Control District employees, whose combined salaries totaled about $2.6 million.

But former Chief Deputy District Attorney Frank Ponticello, who retired in November, brought home the most pay. He received almost $416,000, with more than half coming from cashing out nearly 2,700 hours of unused sick time he accumulated over his 29-year career. 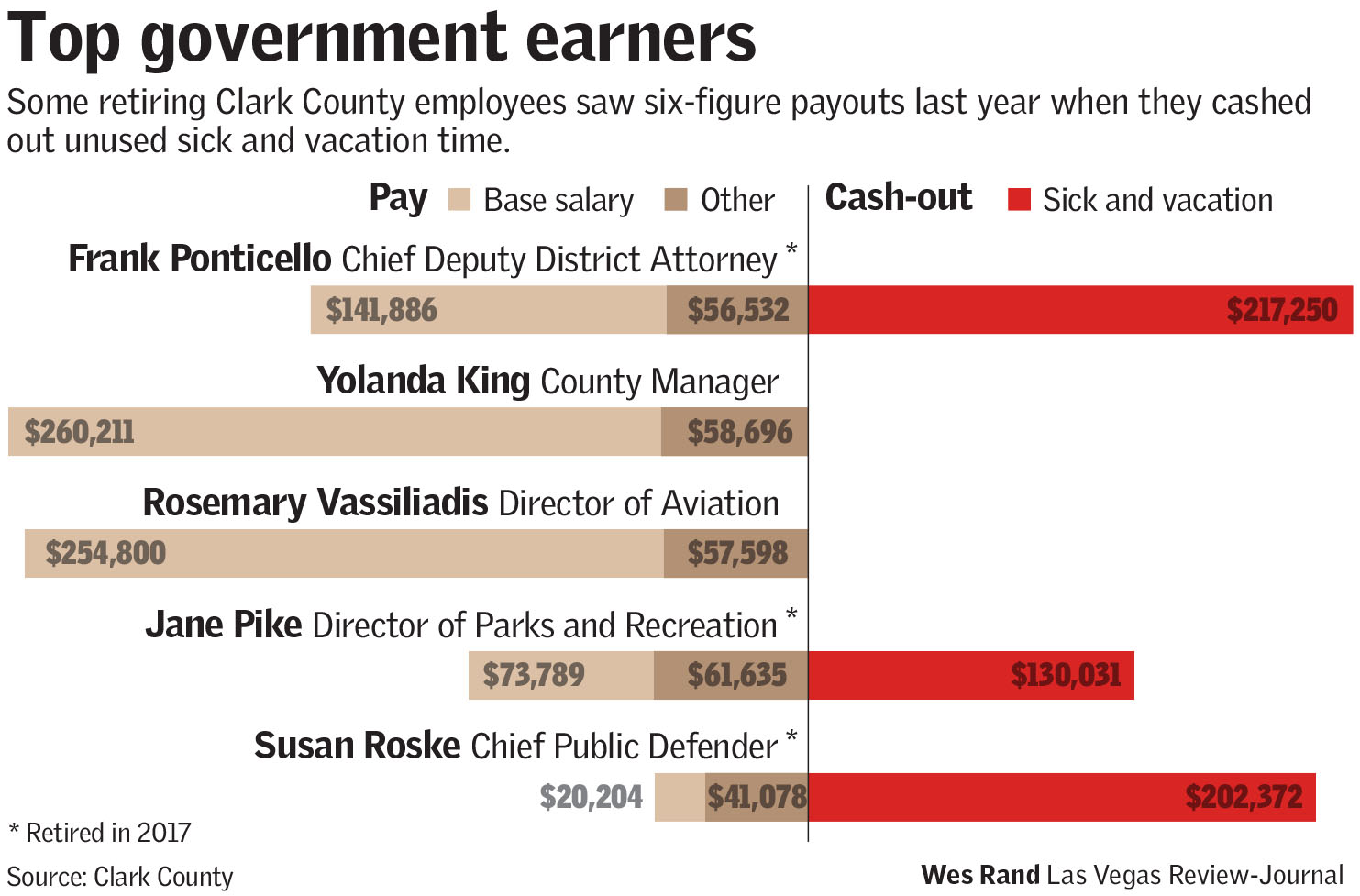 “I cannot fathom a justification for why executives who are paid handsome salaries and don’t have to set aside money for retirement because they receive six-figure pensions should also be able to cash in hundreds of thousands of dollars of unused paid sick days,” he said.

In the last fiscal year, salaries and benefit payments accounted for nearly two-thirds of all costs to the county’s general fund.

Aside from executives and department heads, the county’s employees with the highest salaries were medical examiners, county counsel Mary-Anne Miller and other staff attorneys. Library employees, customer service assistants and election officers were among the lowest paid.

County human resources director Sandy Jeantete said county salaries were “not out of the norm” for Southern Nevada governments.

“Just like private sector employers and other public sector employers, there is certainly a desire to have comparable salaries because we’re competing for the same applicant pool,” she said. “If we felt the salaries we offer to employees were overly generous or above the market we deal with, certainly that would be an issue of concern. That’s not our perspective. We think our salaries are fair.”

Jeantete said the county had worked at the bargaining table to cut costs in some areas. New hires are no longer eligible to receive longevity pay, which cost the county more than $31 million last year.

Overtime costs last year totaled some $25.8 million, about $900,000 less than in 2016. Once again county Fire Department employees received the lion’s share of that pay.

They took home close to $11 million in overtime, which helped boost the department’s average employee income to $118,000.

The data also provides some insight an ongoing argument between county administration and its largest union.

County workers represented by Service Employees International Union are set to receive a 2 percent raise come July 1, but the union is fighting to raise that to 3.25 percent. Negotiations between the two parties recently reached an impasse.

The average annual salary for SEIU-represented employees last year was $58,000.

“When you look at the private sector in Nevada we’re finally bouncing back 10 years later (after the recession),” he said. “It speaks to their disconnect to the public they’re supposed to serve.”