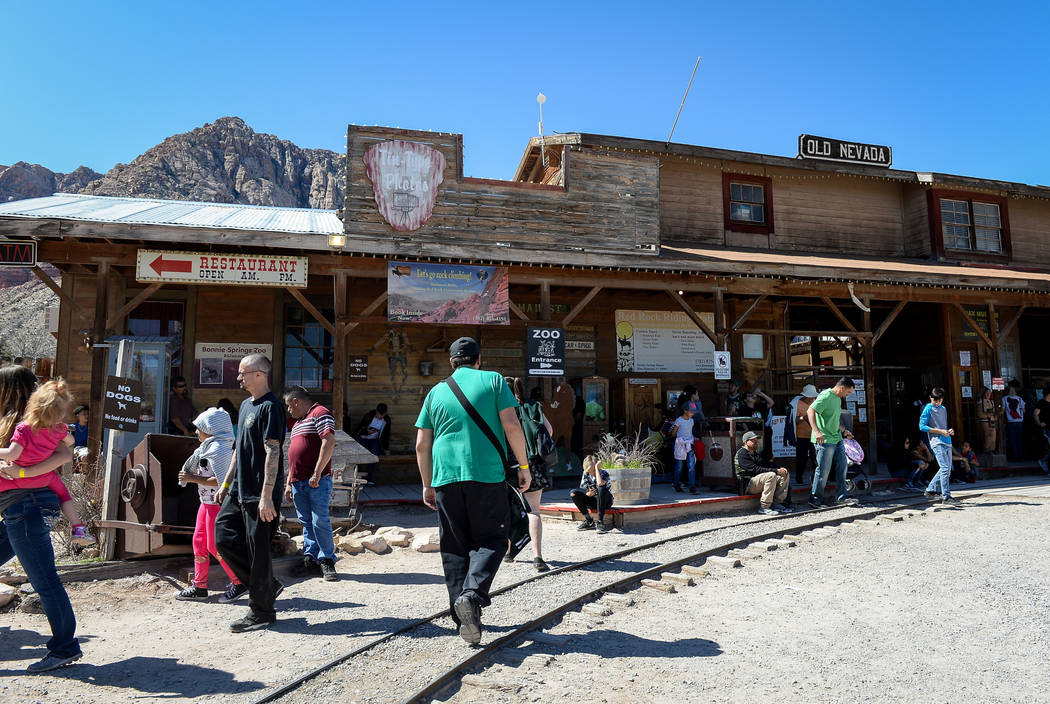 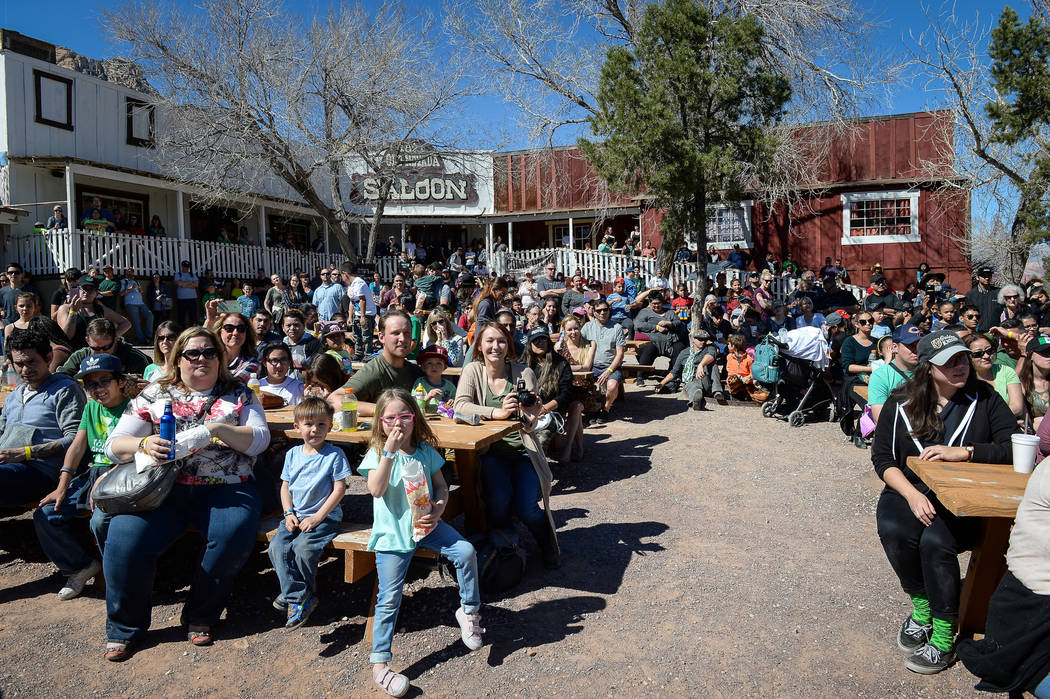 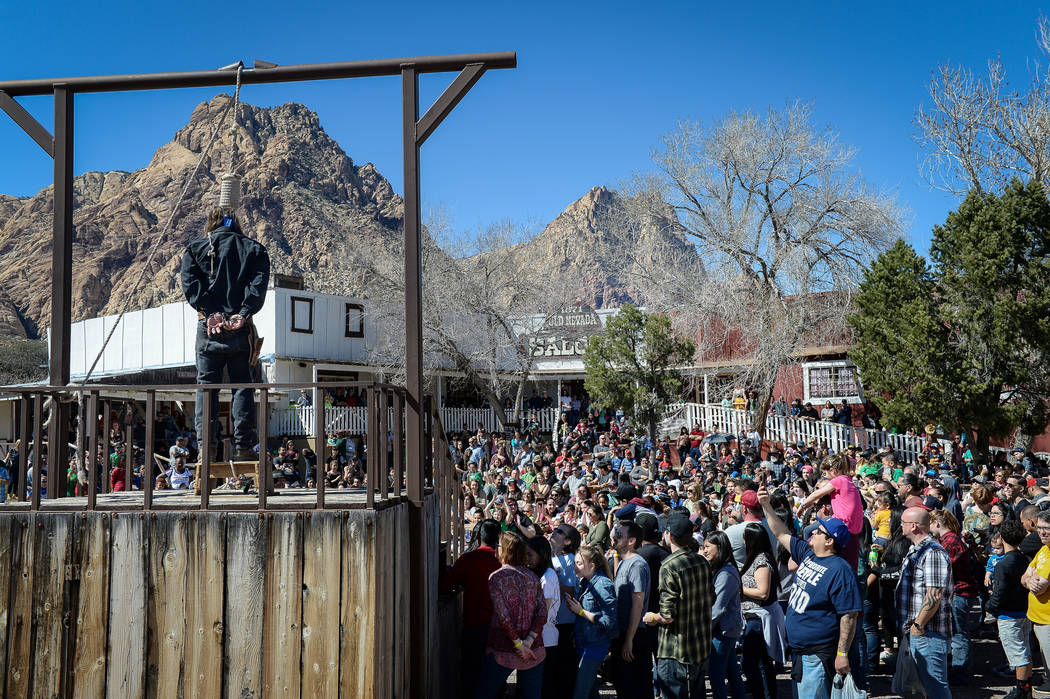 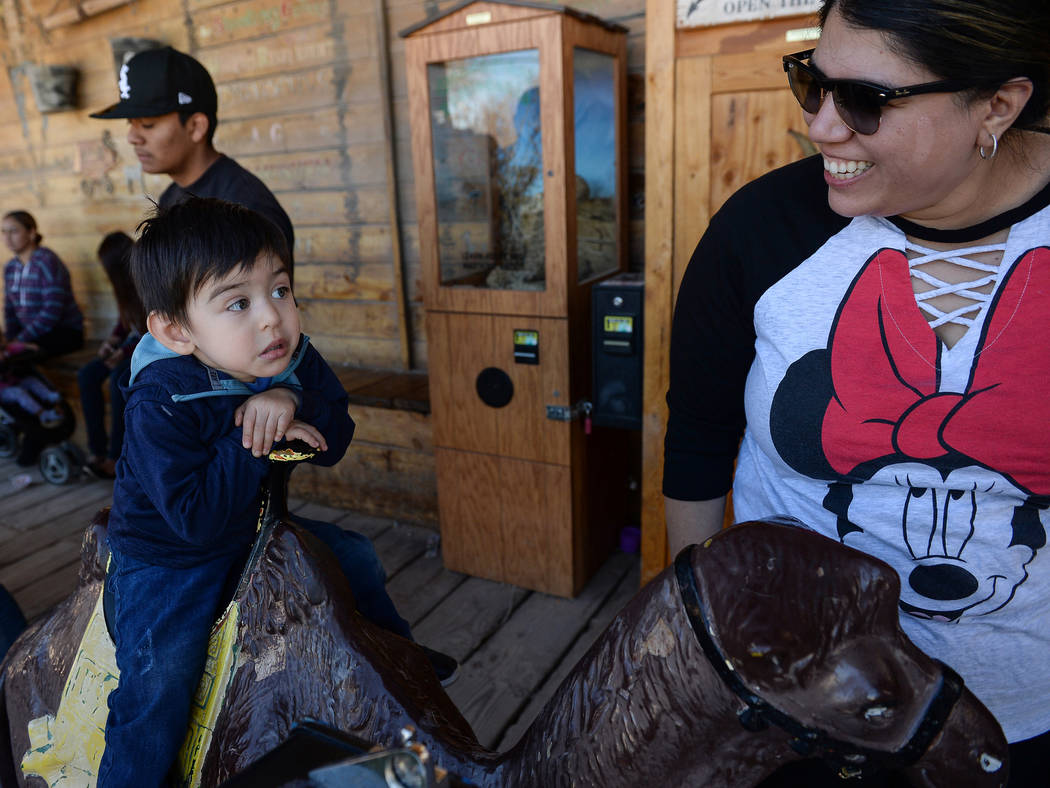 Jonsito Lakins, 2, from Las Vegas sits on a toy camel as he looks at his mother, Karen Lakins, during the last day of operations at Bonnie Springs Ranch in Las Vegas, Sunday, March 17, 2019. (Caroline Brehman/Las Vegas Review-Journal) @carolinebrehman 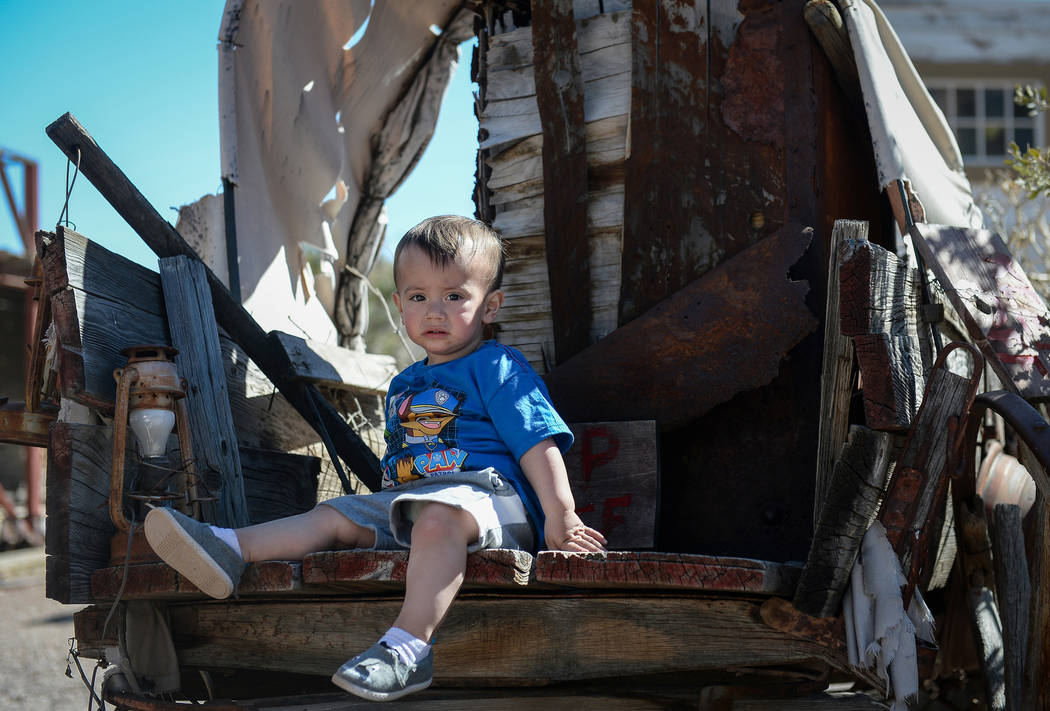 Three days after the 60-year-old Wild West attraction closed for good, commissioners on Wednesday unanimously approved the residential portion of the new owner’s development plan, which includes a 20-home gated community. The plan also envisions a public area with a bed and breakfast, restaurant and events center.

Commissioner Justin Jones said he wished the state or county had stepped in to buy Bonnie Springs Ranch and add the land to nearby Spring Mountain Ranch State Park, but neither entity had the “30-odd million dollars” needed to purchase the 64-acre property.

Jones served as counsel for the conservation group Save Red Rock before being elected to the commission. “I’m not interested in creating precedent for development in the Red Rock overlay,” he said, but there didn’t seem to be any legal basis to reject the plan.

If it has to be developed, Jones said, at least it ended up in the hands of a builder with a history of preserving special places in Red Rock and beyond.

Developer plans to be a resident

Developer Joel Laub bought Bonnie Springs Ranch from the children of its late founder, Bonnie Levinson. Laub also serves as Nevada board chairman for The Nature Conservancy, which has played a key role in protecting land from development in Red Rock Canyon in the past.

He said the canyon means a lot to him, and he intends to live in one of the homes he wants to build there.

“I was born in Las Vegas, and I’ve been going out there since Cub Scouts,” Laub said.

“This property has already been disturbed. There’s a cell tower on it and a 50-room hotel,” Laub said. “What’s there now is not environmentally friendly.”

He plans to raze the old buildings and tear out the sewage ponds and other eyesores, replacing it all with a development that better fits within its surroundings.

Laub said he is already consulting with arborists and wildlife experts on a design that will incorporate native plants and encourage rather than block the movement of desert creatures. He also wants to rehabilitate the natural springs on the property — including one he said was dynamited years ago — to restore a vital water source for plants and animals in the area.

The proposal approved by commissioners calls for homes on lots ranging from 2 to 3½ acres. Commissioner Larry Brown noted that the property is actually zoned for more houses than that.

“I would only beg the commission to reconsider” the proposed land use, Simmons said.

Commission Chairwoman Marilyn Kirkpatrick said the item up for review Wednesday only concerned the residential part of the site plan.

After the meeting, Laub said his plan for the part of the development that will be open to the public “does not require county approval through public hearing.”

As for the private side of the development, he said there will be strict design guidelines on the height, style and color of the homes, as well as limits on landscaping and outdoor lighting. To preserve open space, he said, the houses will be restricted to no more than 10 percent of the total lot size, though on 3½ acres that would still allow a 36,900-square-foot mansion.

The old ranch off state Route 159 opened as a tourist attraction in 1958 and featured a train, a wax museum, mock gunfights, horseback riding and a petting zoo. Laub’s attorney, Bob Gronauer, has said the family behind the attraction put the place on the market because they were ready to move on.

After the sale was reported, more than 50,000 people signed an online petition to make Bonnie Springs a historical landmark, and large crowds descended on the attraction through its final weekend of operation.