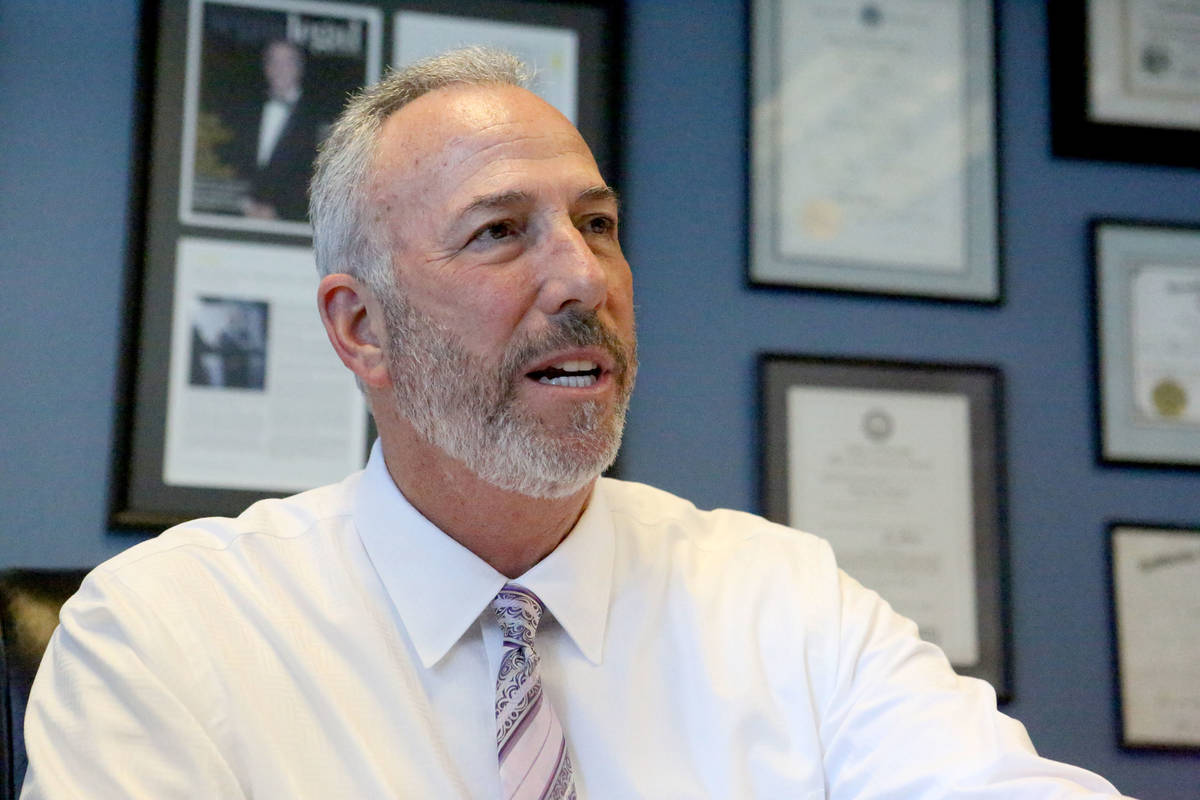 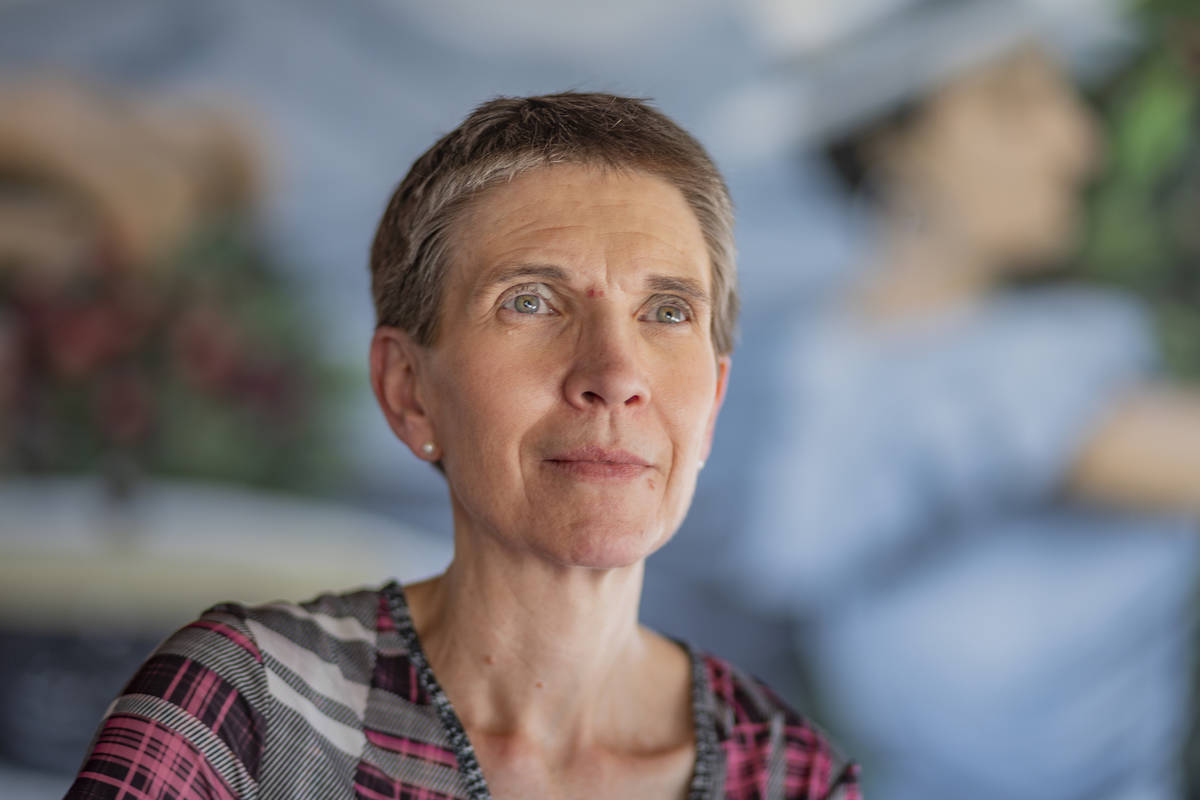 Sondra Cosgrove, professor at CSN and UNLV and president of the League of Women Voters of Southern Nevada, is photographed at Makers & Finders in downtown Las Vegas on July 7, 2020. (Elizabeth Page Brumley/Las Vegas Review-Journal) 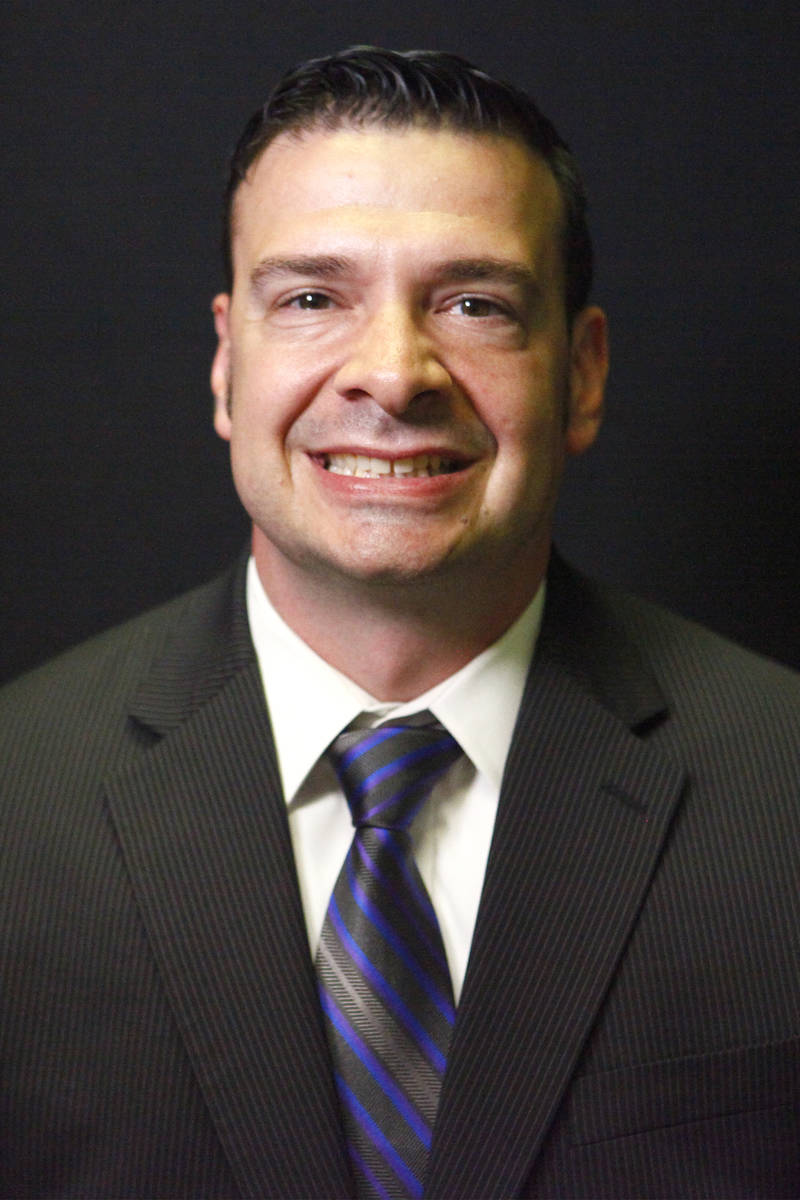 Clark County District Attorney Steve Wolfson wants to see a change in the way judges take the bench in Nevada.

He said he reached this conclusion after the Nov. 3 general election, when he and other voters in the county saw how the names of judicial hopefuls packed much of a two-page, double-sided ballot.

“Experience, qualifications should be taken into consideration when people seeking elective office are chosen,” Wolfson said. “In my opinion, in past elections, there was a greater correlation between how much effort a candidate put into the campaign and the result — a more direct relationship between efforts and results of fundraising and who won.”

Wolfson said some candidates “did nothing or next to nothing, compared to their opponents, and still came out on top. In my opinion, something is wrong.” He now favors appointing judges to office, while allowing voters a chance to decide whether they should be retained.

One high court justice was unopposed, while the lower courts saw a total of 28 unopposed candidates. All of those names appeared on the ballot, too.

District Court saw nine races in which the winning candidate spent less than the loser, with about $1.6 million spent on successful campaigns and $2 million spent on failed bids, according to the latest available figures from the Nevada secretary of state’s office. In Family Court, only four winners collected less and spent less than their opponents, and the winners outspent the losers roughly $818,000 to $630,000.

At least nine of those who won seats on the bench have experience as public defenders, all of them women, including Erika Ballou, who was voted in without raising or spending any money on her campaign.

Clark County Public Defender Darin Imlay and two of his veteran deputies, Scott Coffee and John Piro, who were instrumental in the push for their colleagues to run, celebrated the fact that more criminal defense attorneys would be taking office in January.

“We had an uphill battle, and we mobilized the community,” Piro said. “It’s a testament to grassroots work and community investment, instead of the country club crowd that typically controls these elections.”

Imlay acknowledged that the long list of candidates could have overwhelmed some voters but stopped short of calling for change.

“It’s hard for people to have much information on judicial races,” he said. “People pick a factor that they think is important to them. … There’s been judges appointed to the bench who were terrible. There’s not one thing that’s going to guarantee you’re going to have great, knowledgeable, fair and impartial judges.”

Wolfson, a former defense attorney himself, has been seated on judicial selection panels in the past.

“I know they can be very political,” he said. “Who you know can make the difference. But after this cycle, I’ve changed my mind.”

In 1999 and again in 2005, the Legislature created new judgeships in Clark County and set their terms initially at two years and thereafter at six years. In 2019, lawmakers added six new Family Court seats to this year’s ballot for six-year terms.

The alignment of judicial terms led to the crowded field in Clark County. By comparison, there were 16 seats on the ballot in Washoe County District Court, which encompasses Reno, while only three spots were contested in the general election. None of the other districts in Nevada had more than three names on the ballot.

Moving to an appointment-based system could prove to be a heavy task, and it’s one that voters rejected as recently as 2010, when proponents of a new system called upon retired U.S. Supreme Court Justice Sandra Day O’Connor to make the case for judicial appointments in the Silver State.

“It’s naive to think we know better than the voters and we should take away the right to elect these judges from them,” Coffee said. “I don’t know that the other way is better. I don’t think it’s anything to be critical of the voters for.”

Former Nevada Supreme Court Justice William Maupin, who supports appointing judges and backed the 2010 initiative, known as the “Missouri plan” or merit plan, called campaign fundraising “the most insidious part of the system.” He pointed to races that favored women over men as “inevitable, and in fact a normal effect of the evolution of the state judicial system.”

He also said he does not believe the process of electing judges in Nevada will soon disappear.

“I don’t think there’s anything about this judicial election that says you should change the system,” Maupin said. “To me the biggest problem is campaign donations. I can’t see anywhere in this election where that was a problem. … I see nothing about it that creates a new imperative to look at the Missouri plan again.”

But others, like Sondra Cosgrove, president of the League of Women Voters of Southern Nevada, and UNLV political scientist Rebecca Gill, saw reasons to start the conversation anew.

“I’m glad to see we’ve got more women on the bench,” Cosgrove said. “But underneath it, I’m hearing people frustrated by the number of candidates on the ballot. … I don’t know if this is the best way to put judges on the bench. So I’ve been mulling in my head: ‘Would there be a better way to do this?’”

Any change could take at least five years, she added.

Gill, who organized the Las Vegas Review-Journal’s 2019 Judicial Performance Evaluation, said the nonpartisan nature of judicial races can make for more difficult decisions, as the candidates aren’t vetted by party leaders, and voters have little resources to evaluate what happens inside courtrooms.

She suggested a model in which voters decide on seats for the state’s Supreme Court and Court of Appeals, while moving to appointment and voter retention of lower court judges.

“There’s just an incredible amount of research you need to do to make sense of how you need to cast your vote,” Gill said. “It might be time to start thinking about other ways to combat this problem we have of having countless people on the ballot. It’s hard to tell how much people really know about these judges, but I can guess it’s not very much.”