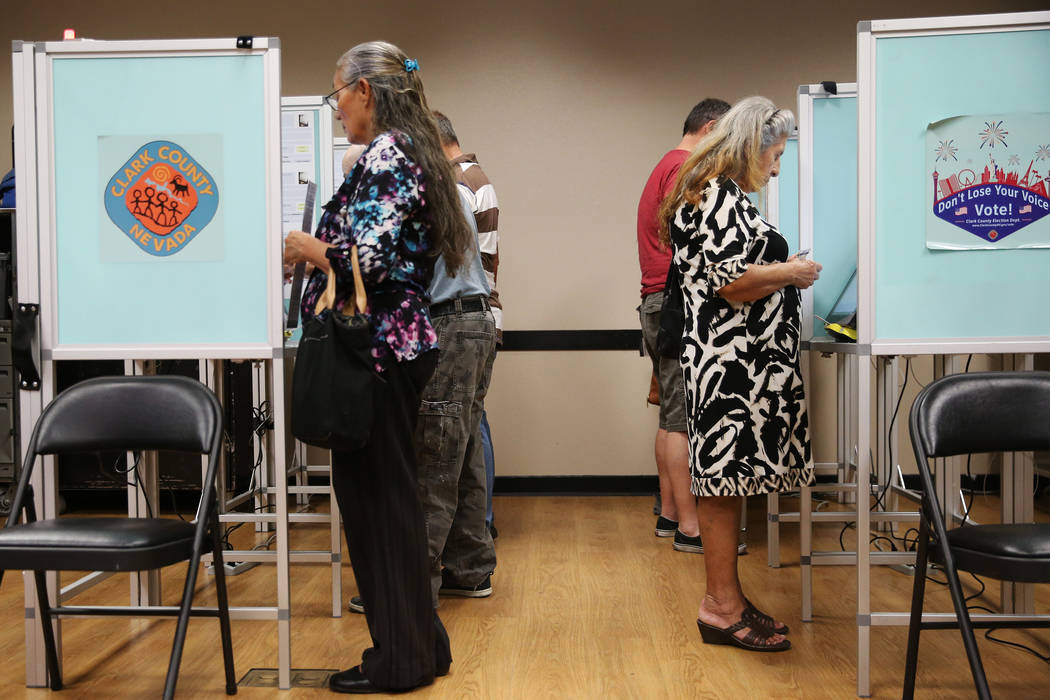 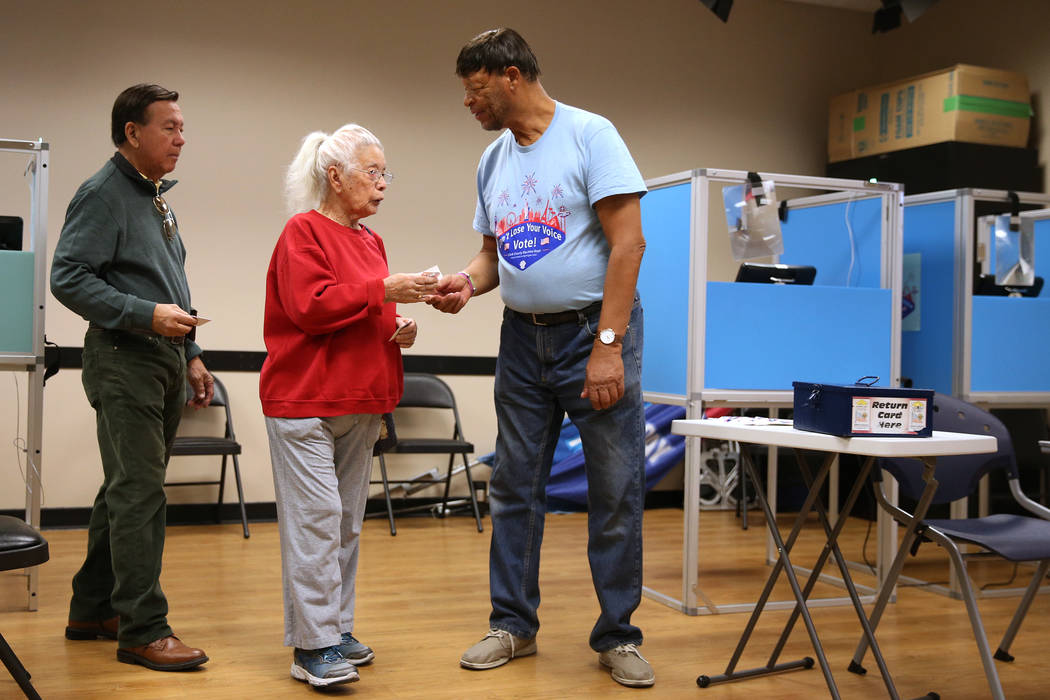 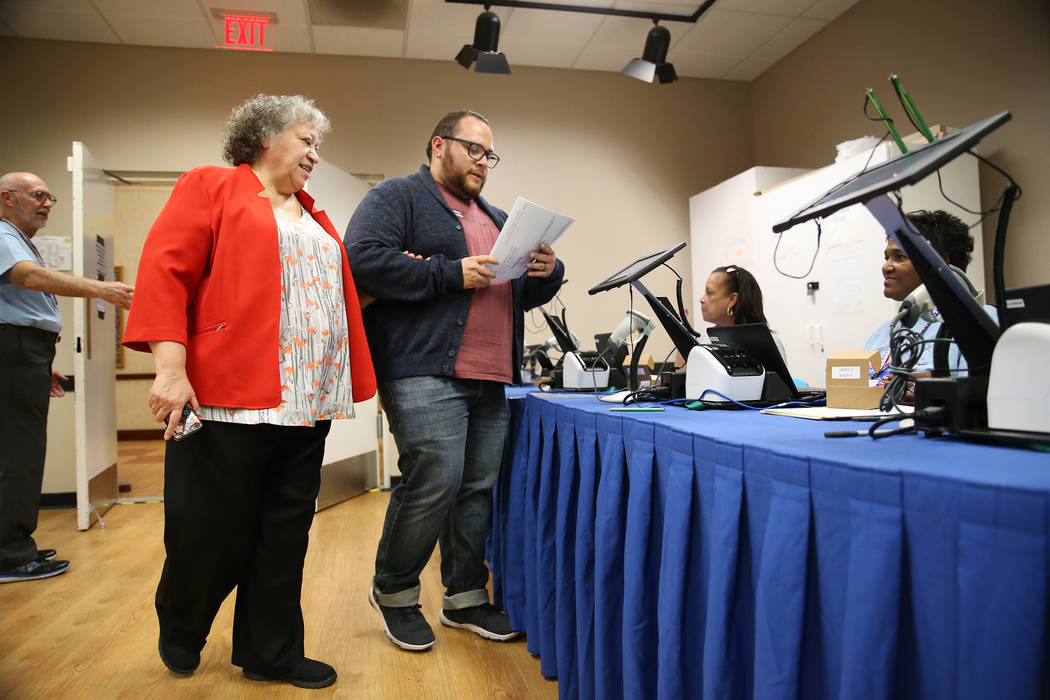 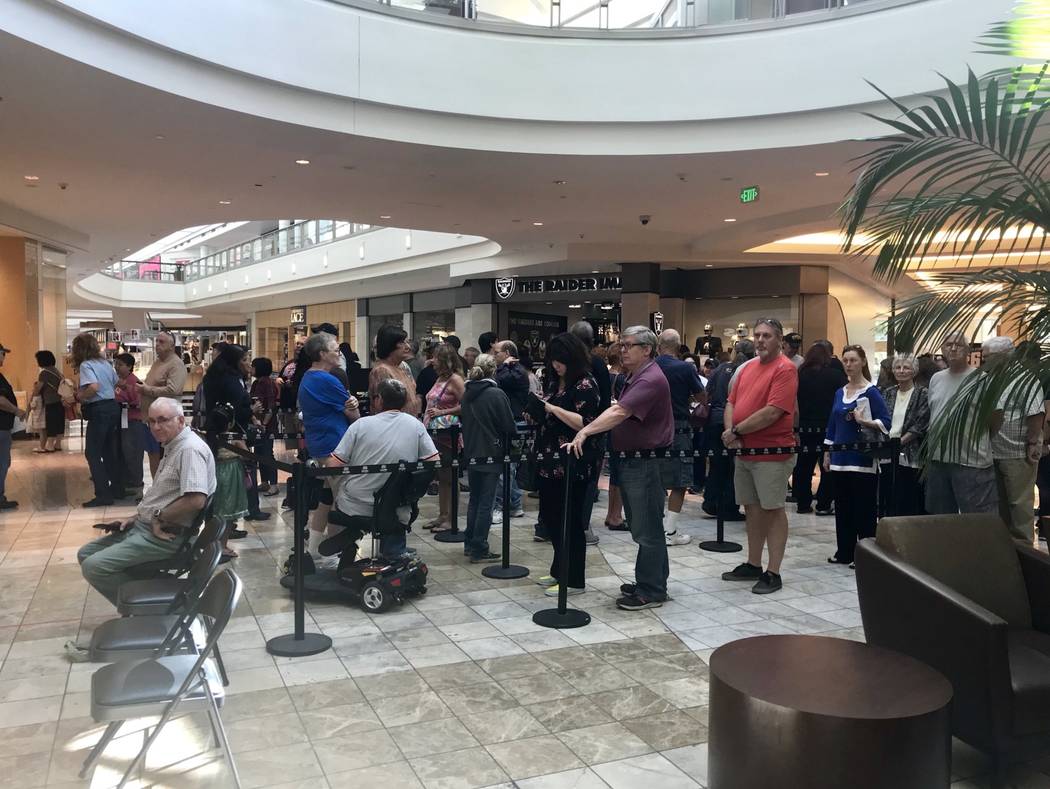 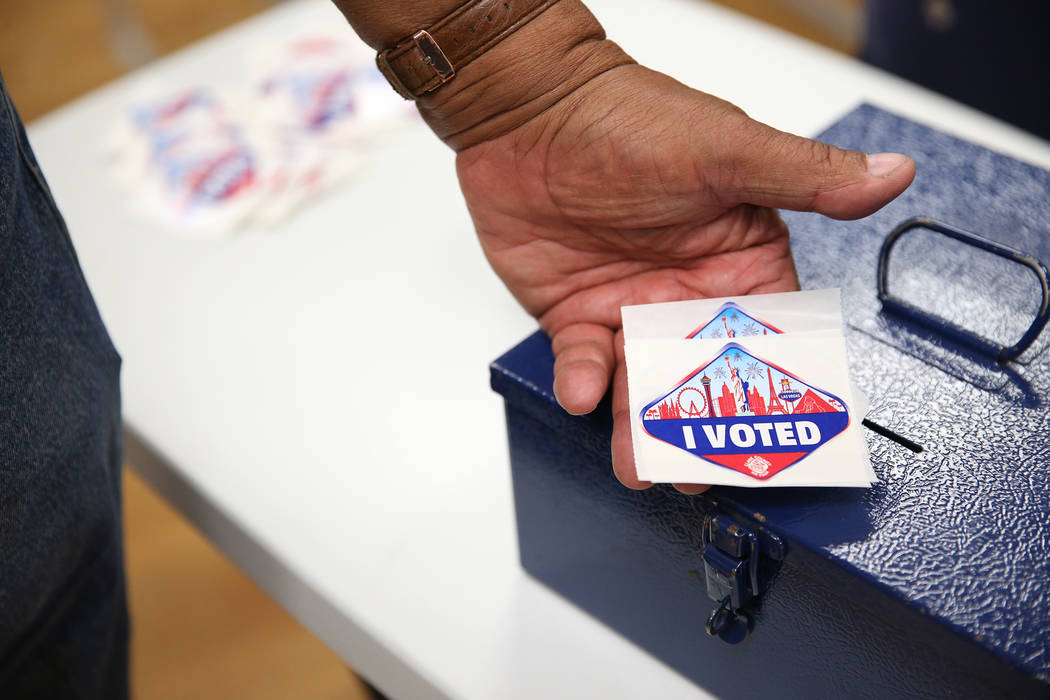 More than 30,000 people cast a ballot during the first day of early voting in Clark County, shattering the previous record for first-day votes in a midterm by more than 10,000, according to the Clark County Election Department.

During the first day of early voting on Saturday, 30,367 people voted, according to the election department’s website. By 3 p.m., the previous midterm record of 17,057, set in 2010, was already broken, marking Saturday as the most people ever to turn out for the first day of a midterm election, said Clark County spokesman Dan Kulin.

The two locations with the most turnout — the Galleria at Sunset mall and the parking lot of the Centennial Center in the northwest valley — each had more than 2,000 ballots cast, according to the election department.

“I think that there’s a lot of excitement with this election,” Gloria said Saturday.

Early voting continues Sunday through Nov. 2, the Friday before Election Day. The hours of each site vary by location, and some sites are not open all 14 days. The full early voting schedule and locations can be found online at the Nevada Secretary of State’s website, www.nvsos.gov.

If you can’t vote early, the state and federal general election will be held on Nov. 6 from 7 a.m. to 7 p.m. Voters registered in Clark County can cast a ballot at any county vote center, according to the election department.