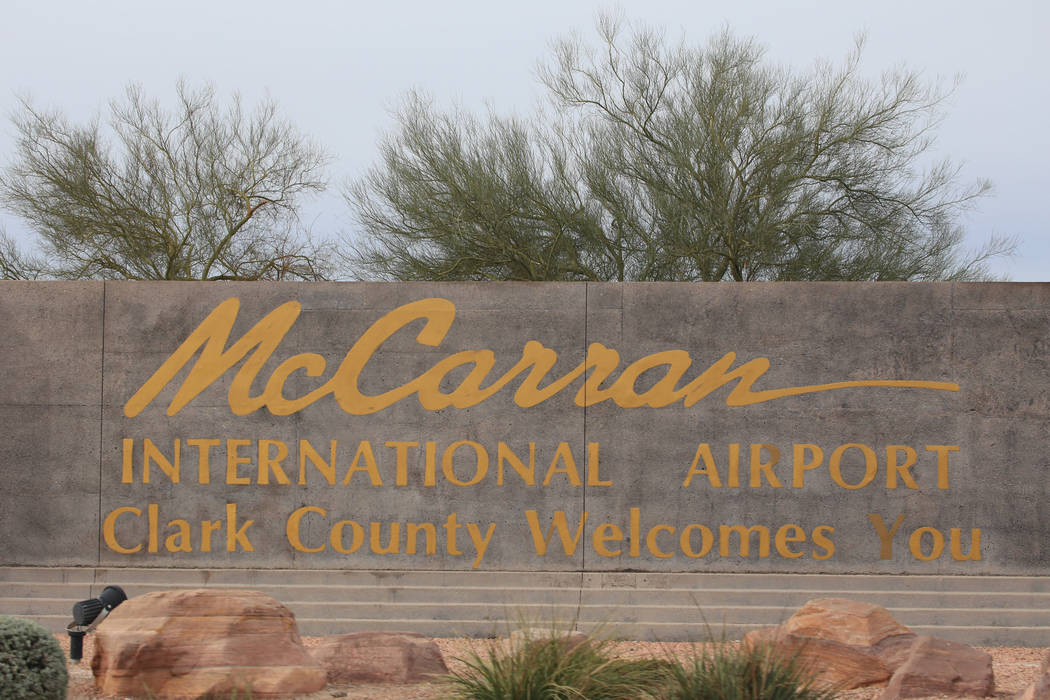 Elevated expressways would cost more than $100 million to build but could shave several minutes off a drive to McCarran International Airport, Clark County commissioners were told this week.

The County Commission reviewed six potential routes for inbound and outbound expressways that would be about 22 feet above ground-level traffic and link McCarran with the resort corridor.

On Tuesday, commissioners were told that the benefits of the two-laneexpressways free of traffic signals will outweigh the hundreds of millions of dollars needed to build them.

“On a typical weekday, we have 38,000 vehicles per day operating on Koval Lane … (and) 38,000 vehicles per day is about all it can handle. And yet there’s a lot of potential development that could happen on Koval Lane,” Louis Berger Group vice president Roger Patton told commissioners. “With the inbound expressway, we’re providing the additional capacity of 30,000 cars above, many of which would come off the lower elevation.”

In September, engineers from the Louis Berger Group and CH2M Hill Engineers began a monthslong study of traffic and travel time data and predicted growth into the year 2040.

CH2M Hill Engineers vice president Ken Gilbreth said his firm’s proposed routes for an outbound expressway could reduce the drive from the airport to the resort corridor by three to four minutes. By 2040, the average drive time would be five to seven minutes faster on the expressway, according to his presentation.

Patton said his firm’s proposed routes for an inbound expressway would cut trip time by four to six minutes. By 2040, the average drive time would be eight to 10 minutes faster on the expressway, he said.

Commissioners directed the firms to seek the public’s feedback on their proposals, including input from Strip workers, UNLV, the Nevada Resort Association, University Medical Center and the Las Vegas Convention and Visitors Authority.

“We’re not turning on the green light saying go build these elevated expressways,” Commissioner Larry Brown said. “I think we’re moving towards now engage the stakeholders, which will bring us ultimately to a decision.”