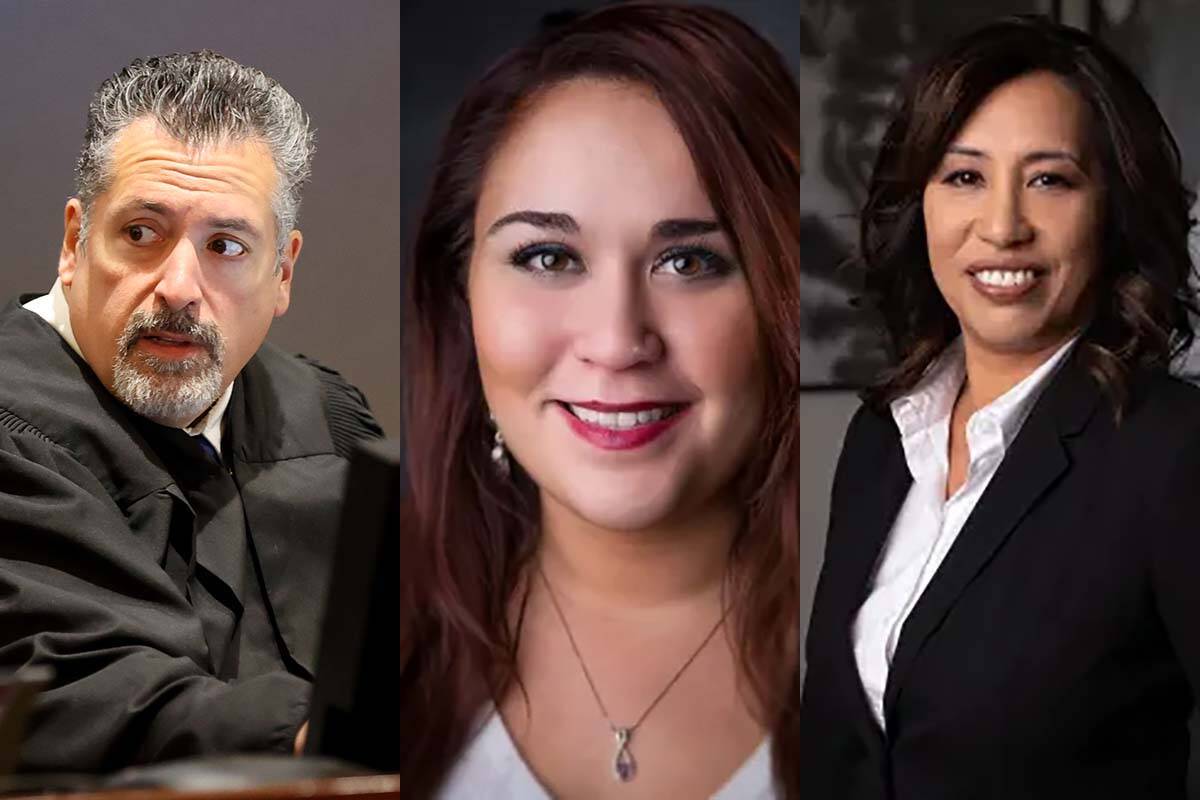 A public defender and prosecutor are challenging Justice of the Peace Joe Bonaventure in Las Vegas Justice Court’s Department 9 election.

Voters in the June 14th non-partisan primary will decide between the judge, Chief Deputy Public Defender Shana Brouwers and Chief Deputy District Attorney Danielle “Pieper” Chio. In non-partisan races, any candidate who receives more than 50 percent of the vote wins the race outright, without needing to continue to a general election.

Bonaventure, 45, has served as the Department 9 justice of the peace since he was elected in 2004. He graduated with Boyd Law School’s first class of 2001, and worked as an attorney for about two years before he was elected.

He ran unopposed in 2010 and was reelected in 2016 with nearly 60 percent of the vote in the primary.

“I believe I have a reputation of both fairness and efficiency,” Bonaventure said.

Bonaventure said he was instrumental in creating the initial appearance court about two years ago, and oversaw the program until January. The program was created for defendants to appear in person before a judge within 48 hours of being arrested, so the judge can determine if there was probable cause for their arrest, set bail or release the defendant on their own recognizance in a more timely manner, Bonaventure said.

Although some opponents have criticized Bonaventure for allowing some defendants accused of violent crimes to be released without having to pay bail, the judge said he stands by the decisions he’s made.

“In our society, release before conviction is the norm, and pre-trial detention is the carefully held exception,” he said.

Brouwers, 35, said she is best suited candidate for Department 9 because she has experience in both civil and criminal law. She graduated from Boyd Law School in 2011, practiced civil law for about two years, primarily focusing on business and real estate litigation, and then joined the public defender’s office in 2013. She currently works with the office’s sex assault unit.

“I’m the only one that actually has practiced on multiple sides of the coin,” she said. “I think that that provides a good perspective, and that’s why voters should consider someone who hasn’t only done one thing for their entire career.”

If elected, Brouwers said she would like to be involved in specialty courts and diversion programs meant to reduce recidivism. Brouwers emphasized that as judge, she would approach each case individually and treat everyone with respect.

Chio, who is currently in charge of the team of attorneys prosecuting crimes involving gang members, said she has questioned some of Bonaventure’s decisions in initial appearance court when he has released defendants accused of violent crimes.

Chio, 50, grew up in Hawaii and graduated from the University of the Pacific McGeorge School of Law in 2003. She was a prosecutor for the city of Las Vegas starting in 2003 before she joined the district attorney’s office in 2005.

If elected, Chio said she would want to help create a program similar to the District Court’s specialty courts to help the young defendants she sees in the cases she prosecutes, who are facing violent charges.

“I want to be able to help people who I think want to make a change, they just don’t know how because they don’t have the resources,” she said.