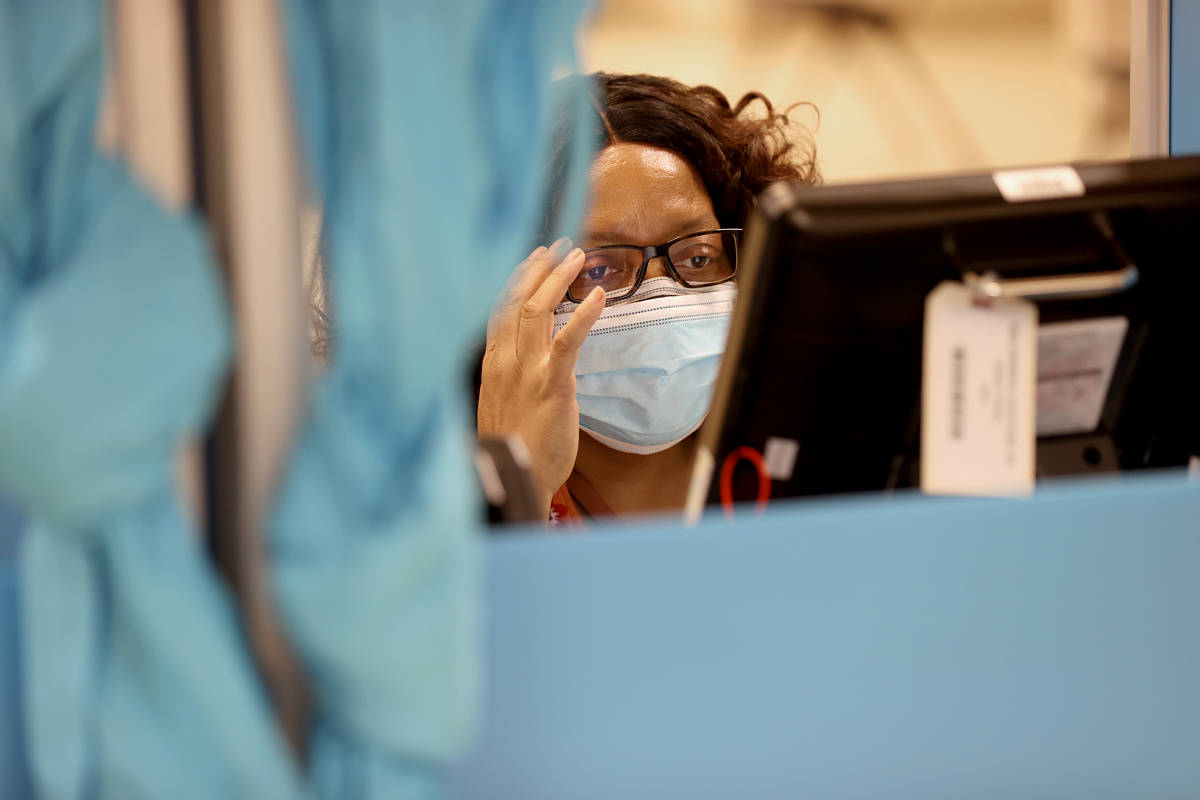 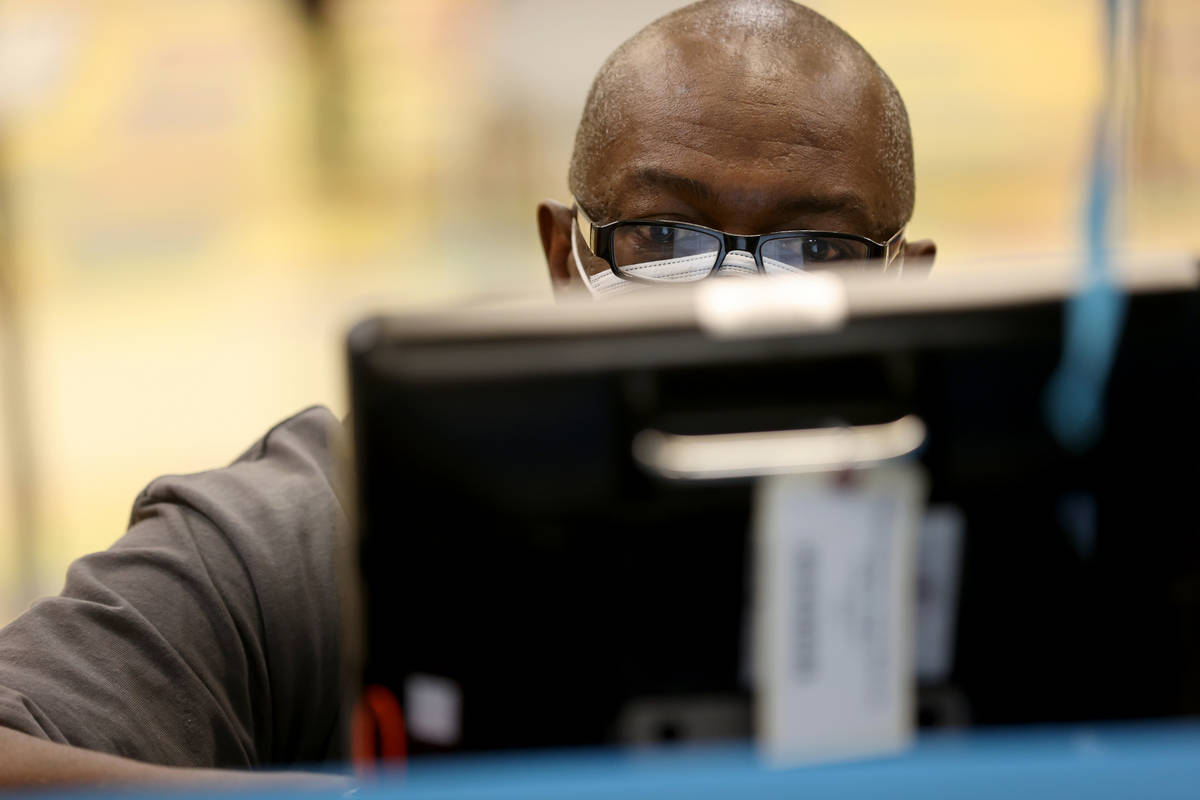 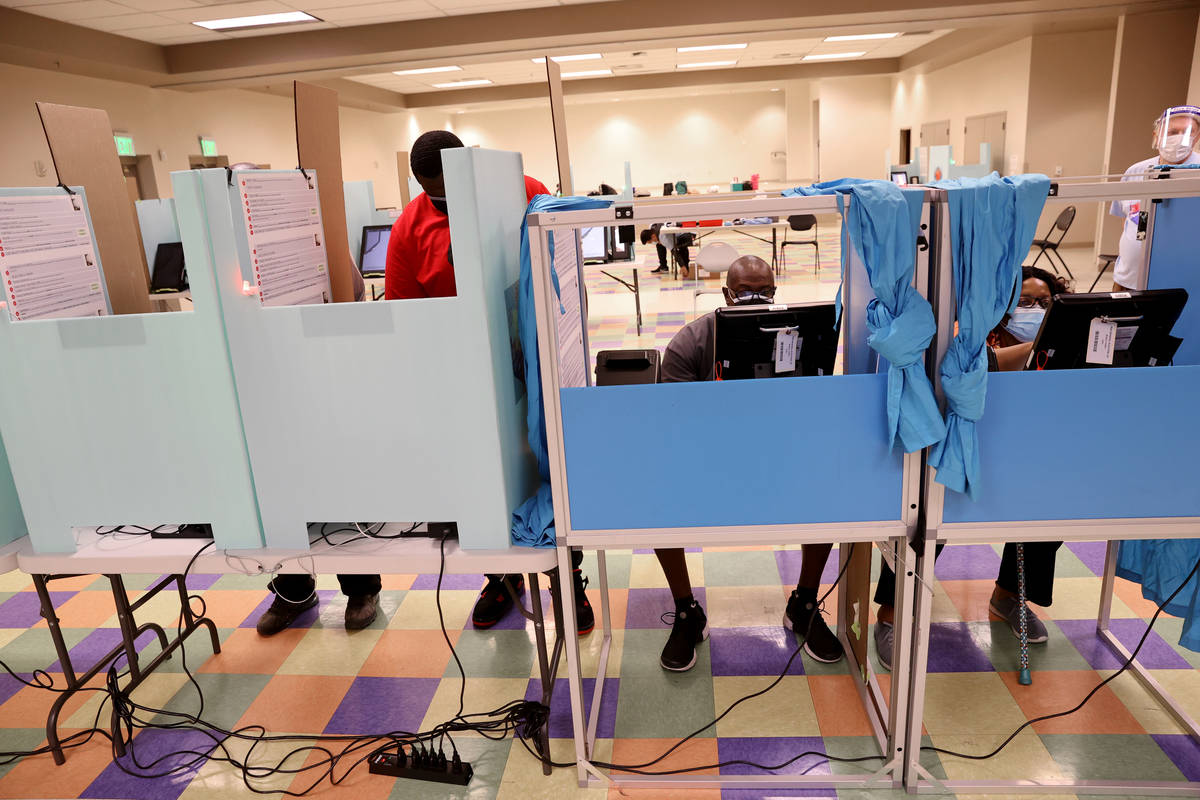 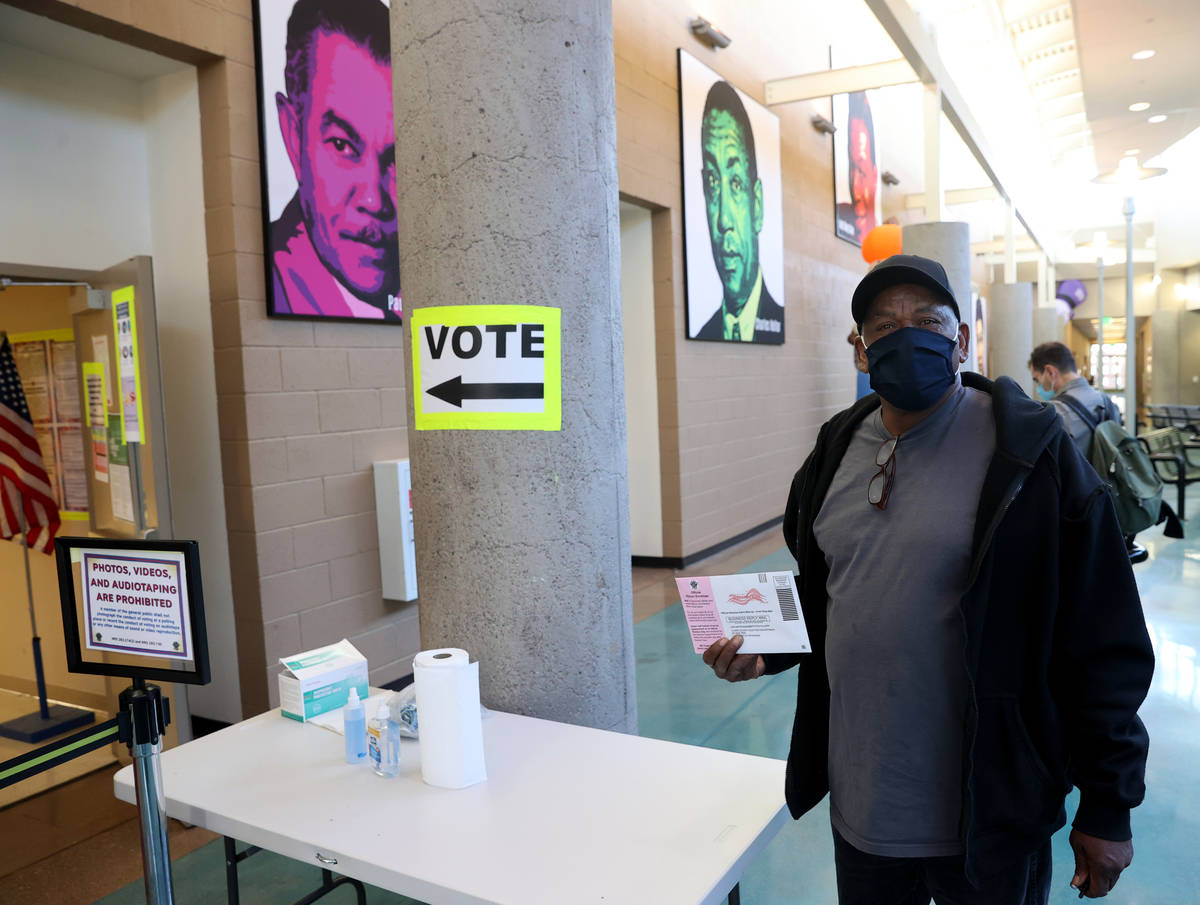 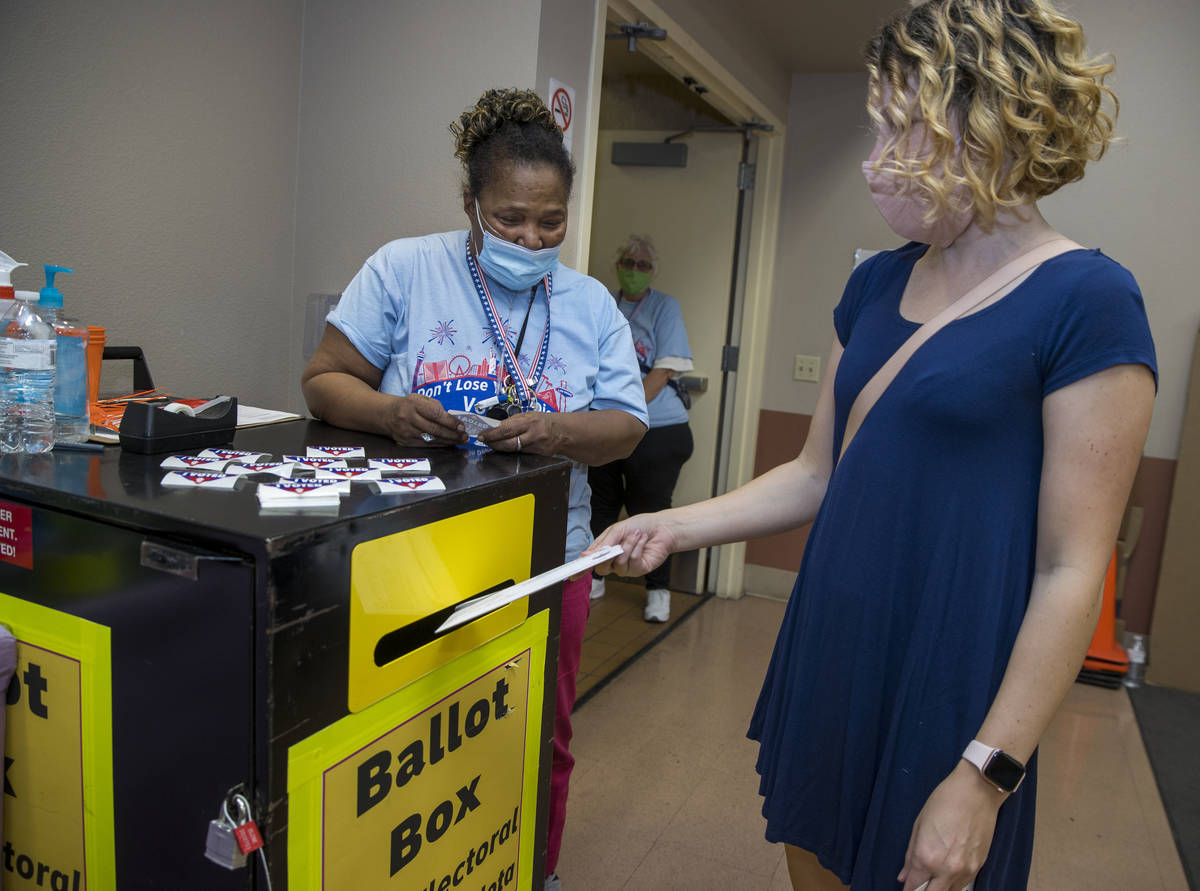 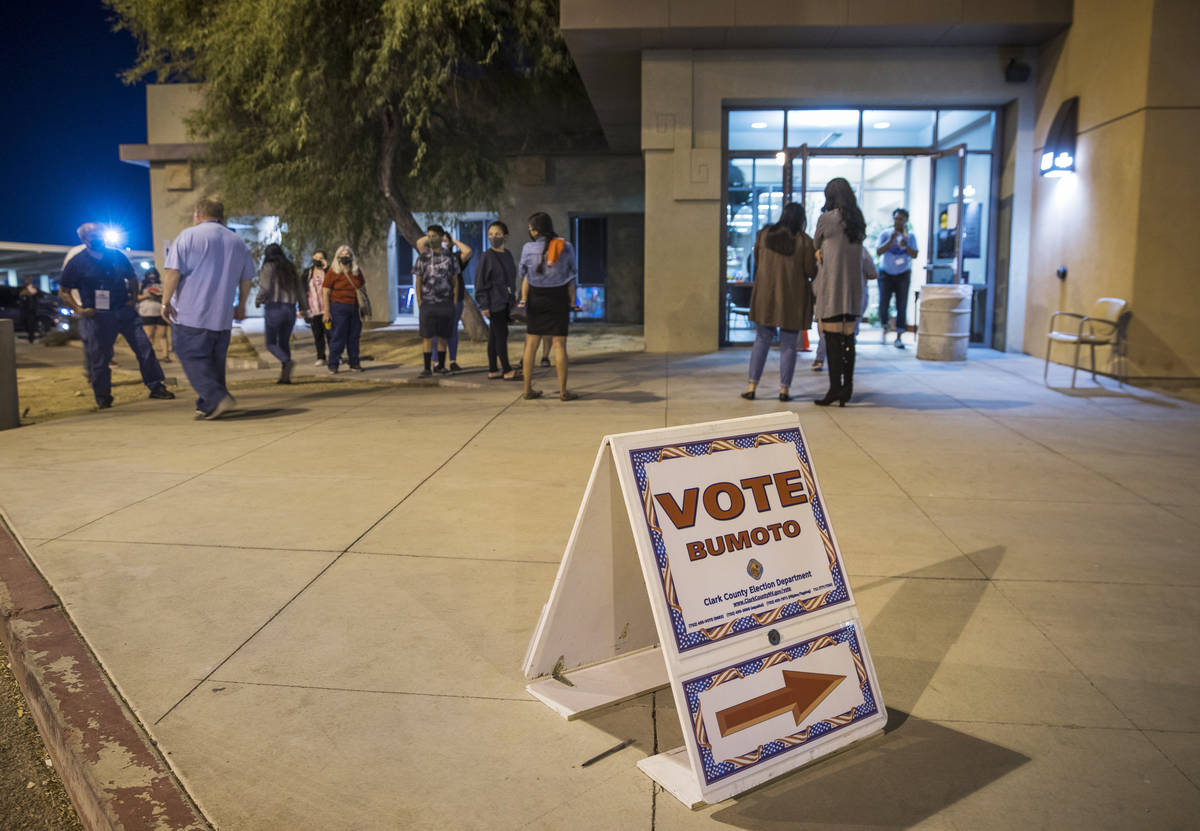 A line wraps around the entrance during the last night of early voting at the East Las Vegas Community Center on Friday, Oct. 30, 2020, in Las Vegas. L.E. Baskow/Las Vegas Review-Journal) @Left_Eye_Images 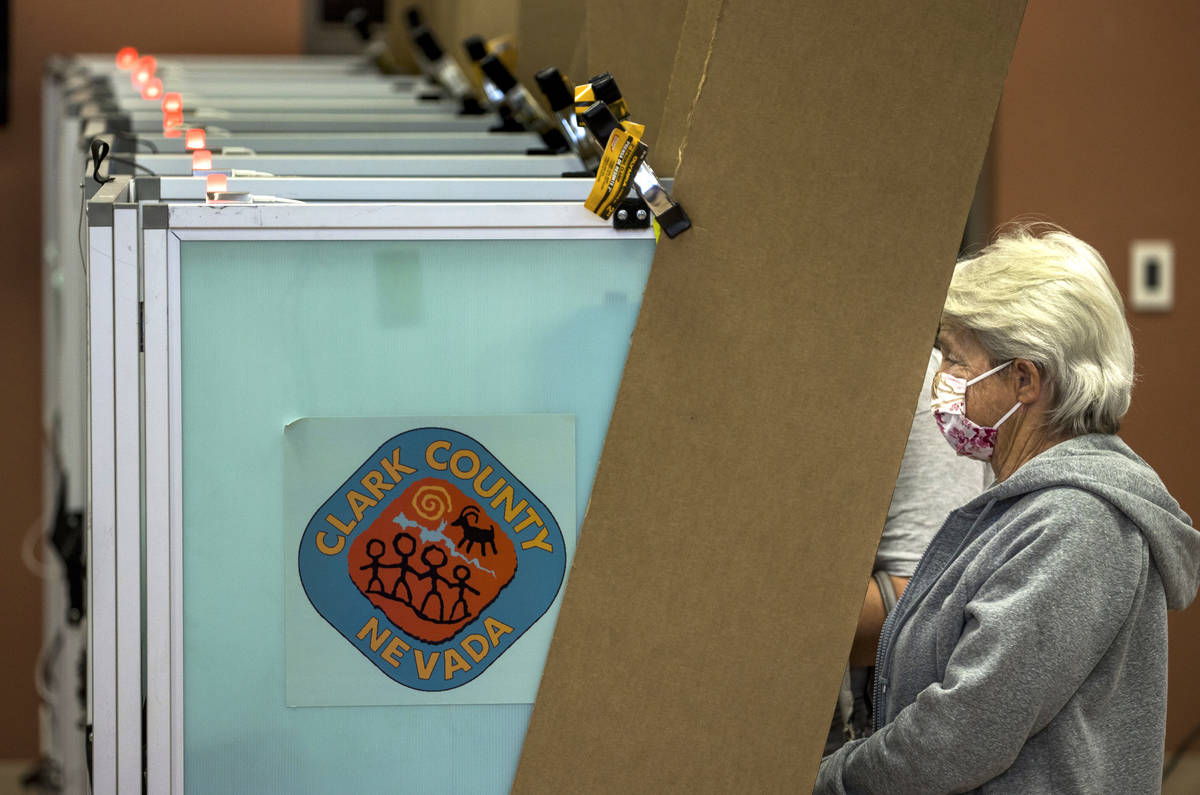 Red lights above the voter booths mean they are occupied during the last night of early voting at the East Las Vegas Community Center on Friday, Oct. 30, 2020, in Las Vegas. L.E. Baskow/Las Vegas Review-Journal) @Left_Eye_Images 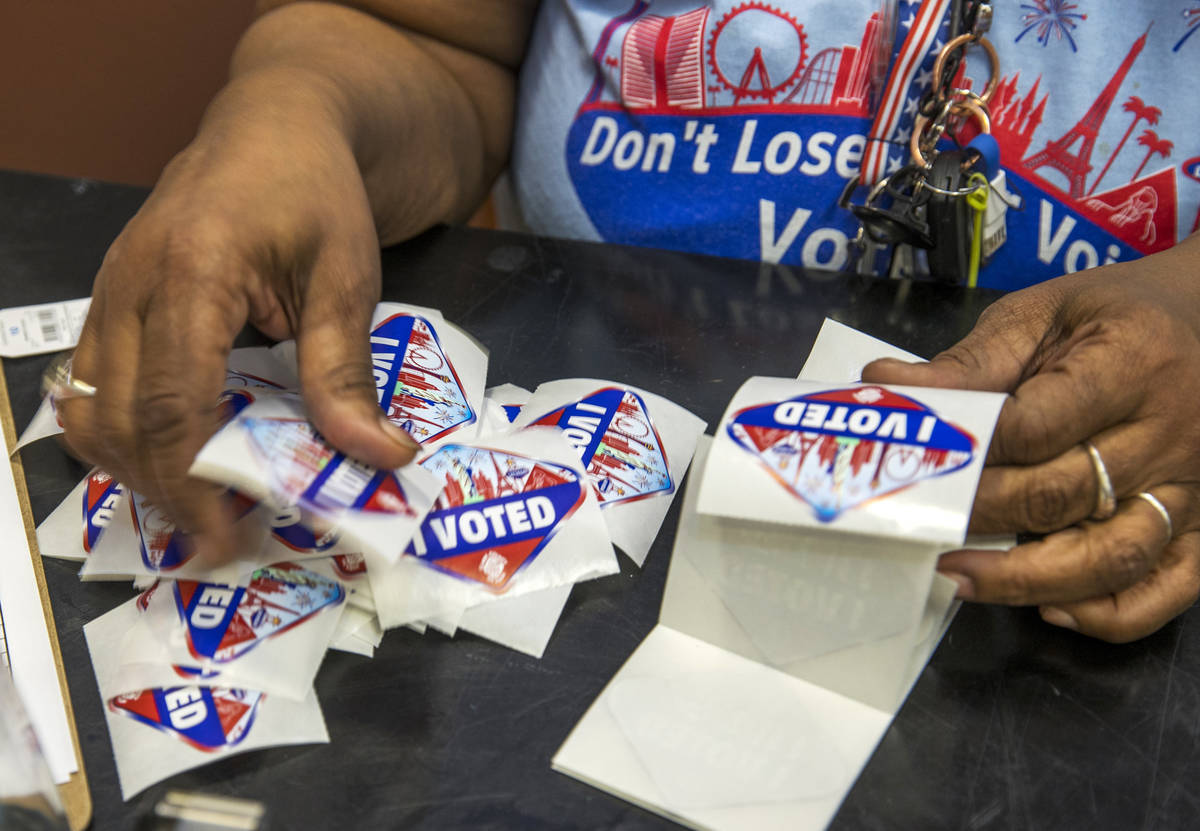 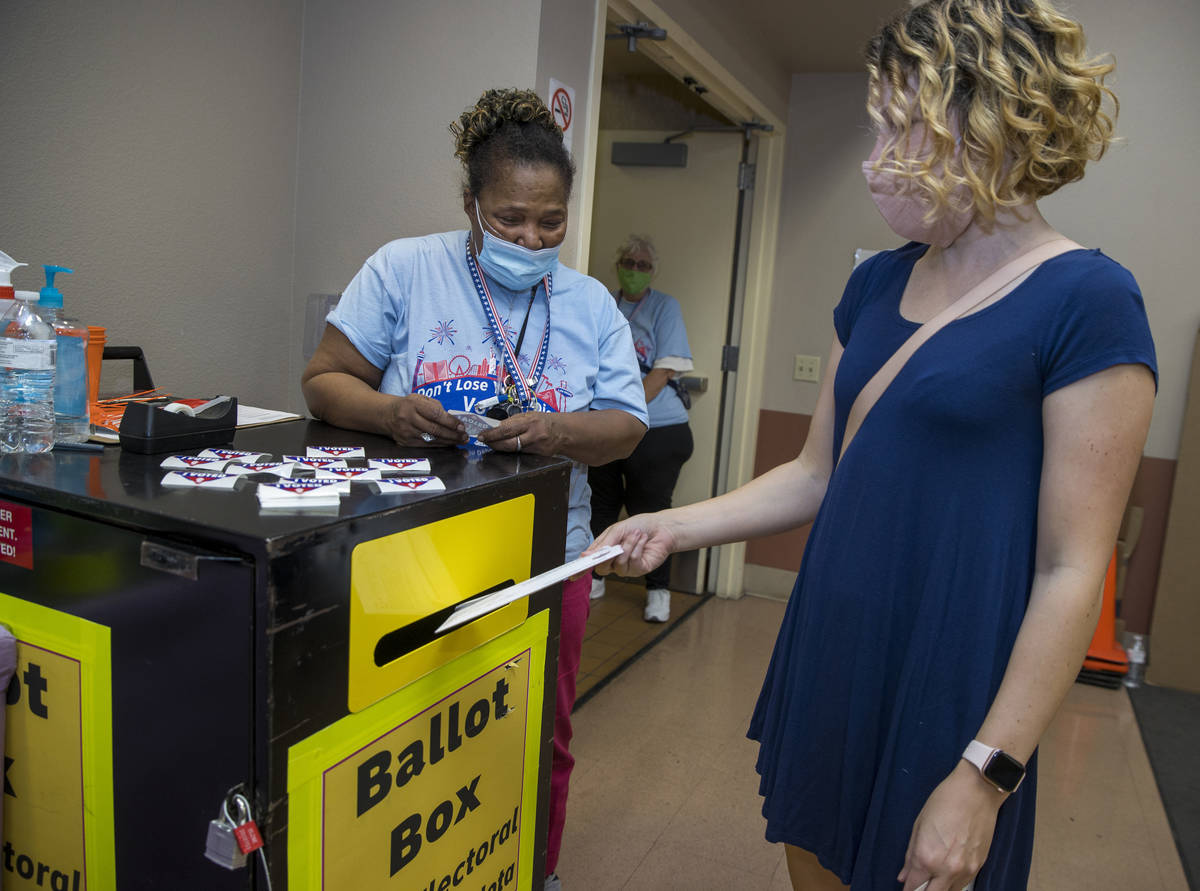 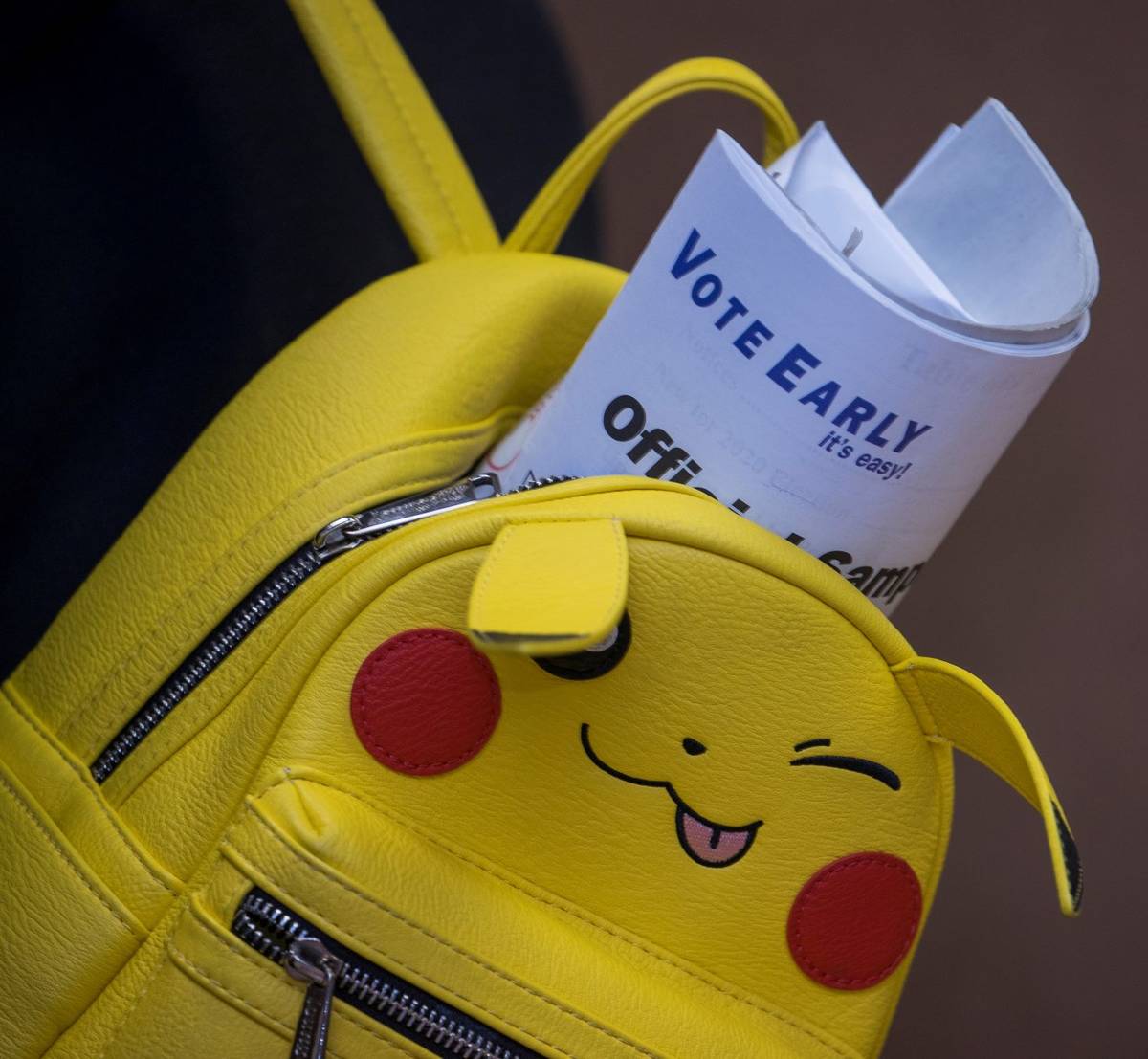 As 81-year-old Delma Brown scooted her walker out of Pearson Community Center as part of the final cohort of Nevadans to vote early in the 2020 general election, she was asked what motivated her to cast her ballot.

“To get out of the house,” Brown said, the deadpan line eliciting a laugh from her daughter, Claudia Buford, who also voted Friday. “They don’t let old people out any more.”

With the COVID-19 pandemic raging on, Buford said her mother, a retired North Las Vegas schoolteacher and longtime poll worker, has only left the house twice since March.

“And both were good reasons: a flu shot and to vote,” Buford said. “It’s important, right?”

“All elections are important,” Brown said.

The mother-daughter pair was among the 31,000 Clark County residents to have voted early on Friday as of 5:40 p.m. This incomplete total is already the largest one-day turnout posted by the county in the 2020 early voting period. The polls closed at 8 p.m., but anyone already lined up to vote was allowed to cast a ballot, regardless of the hour.

However, after factoring in this year’s record-smashing mail ballot turnout, the overall turnout was a little more than 1.05 million voters as of Friday afternoon.

Final statewide totals for mail ballots and in-person early voting were not available before print deadline on Friday, but Nevada could eclipse the overall turnout in the 2016 general election — a little more than 1.1 million — before polls open on Election Day.

Scene from the polls

The final wave of early voters faced some lines in Clark County, though it appears no voting site matched the three-plus hour waits faced at some places during the first day of early voting on Oct. 17.

The Galleria at Sunset remained one of the county’s hottest spots, with waits of around an hour. Smaller community center locations, such as Pearson, had no wait at all.

The Williams family — Mike, Shamial and son, Anson, all of Las Vegas — waited only a few minutes to cast their ballots side-by-side at Pearson just after the center opened at 9 a.m.

“I was not going to send it in the mail,” she said. “I normally vote on Election Day, but it’s a beautiful day and my husband was just here, so I thought I’d come out.”

At the Silver Springs Recreation Center in Henderson, Chris Lorenzo said all elections are important, as the country is facing and often faces challenging times.

“I recommend everyone vote — just, whoever you’re representing, make sure they’re representing your agenda,” he said. “What you think would help you and benefit you.”

Some voters at the East Las Vegas Community skipped the modest 15-minute wait in favor of curbside ballot drop off just after 5 p.m.

Jodie Stembridge, 60, of Henderson, was among the dozens who stood in line for the last hour of early voting at Heritage Senior Center.

“I’ve always voted in person,” she said. “This is my place to vote.”

Stembridge was also carrying her son’s mail-in ballot to drop off. Her sights were set on the presidential race, and she planned to vote for Trump, she said.

“We didn’t want to go through all the mail-in ballot trouble,” Stephanie Schulz said. “Although in-person is definitely more convenient.”

“Between all the fraud, we just want to make sure our votes 100 percent count,” Tanner Schulz said.

An election polling place worker said the line at Heritage briefly extended to an hour wait, but for most of the day voters experienced a 20-minute line that moved quickly around the corner and into the building.

Democrats out in force

Democratic leaders and volunteers were prevalent throughout the Las Vegas area.

The volunteers, wearing blue T-shirts, thanked those leaving Pearson, East Las Vegas and other voting centers and asked them to urge three friends to do the same. 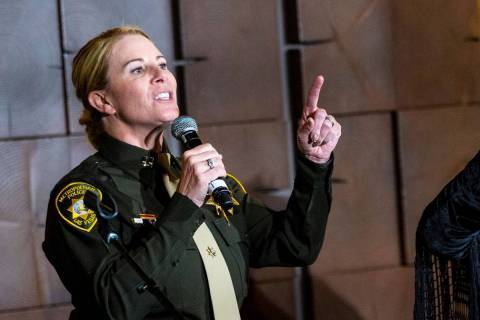 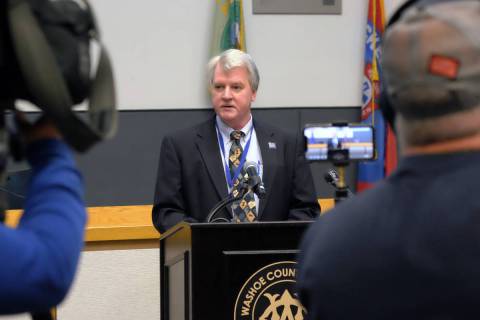 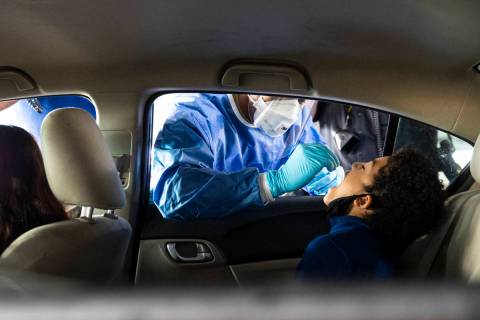 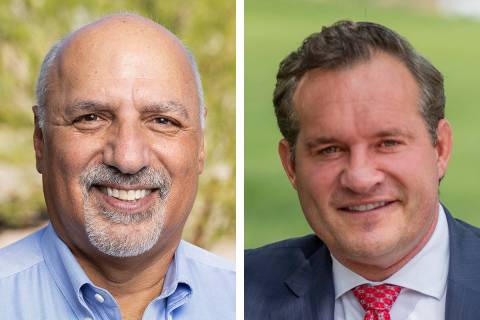