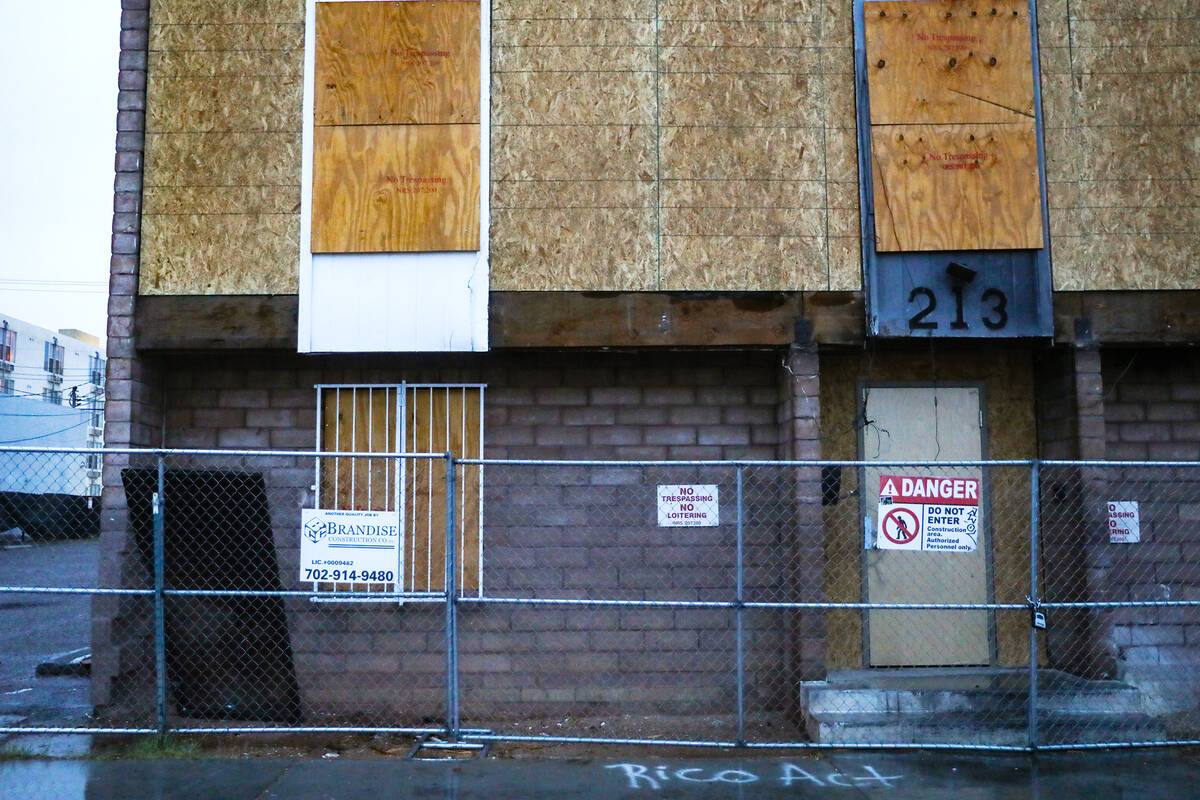 Las Vegas could finish inspections of three dozen residential complexes in its urban core by the end of August as it continues to examine housing safeguards in the wake of the deadly Alpine Motel Apartments fire two years ago, a city official said Wednesday.

The city has completed at least initial surveys of five properties since starting in October, with a sixth slated for this week, according to Community Development Director Seth Floyd.

“We’re off to a good start in this program,” Floyd said. “We have moved through those inspections pretty quickly. We are, of course, learning as we go on this.”

City lawmakers in April approved annual checkups at 36 aging residential motel and hotel residences, located primarily downtown, in response to the December 2019 blaze that killed six people at the Alpine, the deadliest residential fire in city history. The complex, which has been boarded up and is also targeted for inspection under the program, had serious code issues that were brought to light in the aftermath of the tragedy.

While officials have suggested the program was an urgent need, they have also underscored that it is a major undertaking with limited resources in order to explain why so few complexes have been inspected nearly eight months after the initiative was launched.

Early scheduled inspections have already uncovered risks that appear to validate the need for the initiative, with 30 other properties still to scrutinize.

Floyd said 168 violations were found at the five properties inspected — which consist of nearly 200 total units — and 36 were so-called “life safety violations,” which are serious flaws that must be rectified within 24 hours. Each property had missing or broken smoke alarms, which the city immediately addressed.

Two properties, which were not identified, failed reinspection, Floyd said, and those could face fines if lingering issues do not get resolved. One surveyed site, however, was in “pristine” condition. Ultimately the preference is not to find violations, he said, but instead to work with property owners to resolve issues, even prior to the city’s scheduled inspection.

While the goal is to inspect one complex a week, the varying number of units in each property and the severity of uncovered violations will affect the speed of the program’s rollout, according to Floyd.

“We’re still learning exactly how long this will take,” he said.

Manpower is also thin. The 36 properties account for more than 2,200 units and the city has dedicated one of its 14 code officers to the program, with assistance as needed, according to Floyd. The city is hiring two additional officers to its staff — not necessarily for the program — that will help to address some 25,000 inspections performed citywide annually.

Vicki Ozuna, the city’s code enforcement manager, said the city plans to flag landlords that do not come into compliance, who then potentially could have their business licenses revoked.

“But with affordable housing being so scarce, we are talking about alternatives, such as making any needed repairs, filing liens on that and putting (it) against the property, so we’re not displacing people and putting them into housing that they can’t afford,” she said.

Mayor Carolyn Goodman agreed with the cautious approach, saying that homelessness is the next step for many living in hotels and motels that have been converted into residential housing.

“It’s a very, very tenuous situation that we put some residents in by having too heavy a hammer,” she said.