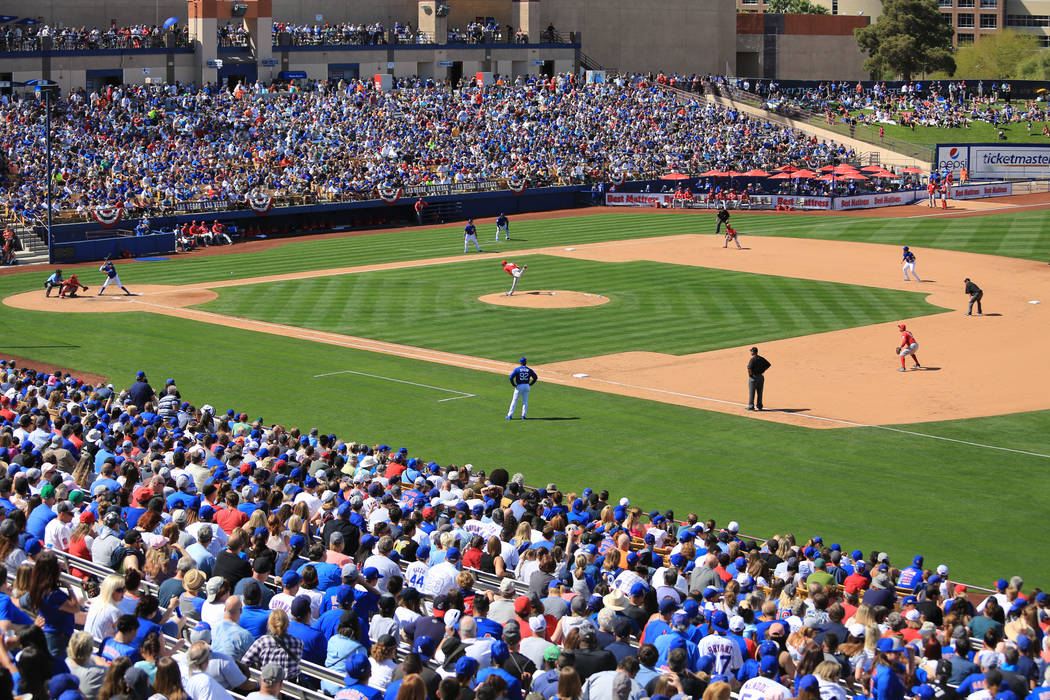 Las Vegas city officials will negotiate with a United Soccer League team to use the existing baseball field at Cashman Center, which the city will soon own.

The city received an unsolicited proposal from a USL expansion franchise to lease Cashman and share the facility with the 51s.

Brett Lashbrook, the owner of Las Vegas Soccer, LLC, sent a formal proposal to City Manager Betsy Fretwell on April 10 for a lease agreement for Cashman by a proposed USL expansion team that would begin play in 2018.

City officials have long tried to attract a professional sports franchise to downtown Las Vegas, touting the area as a possible location for an MLS franchise or the NFL’s Oakland Raiders, who will move to Las Vegas by 2020. The NHL’s expansion Golden Knights open their inaugural season in October at T-Mobile Arena.

“I believe Las Vegas is most definitely on fire,” Councilman Ricki Barlow.

The USL is a men’s professional minor league that serves as a feeder league for MLS. The league’s Western Conference has a number of teams fairly close to Las Vegas — Phoenix, Reno, Salt Lake City and Carson, California.

The proposed USL lease agreement would allow the city to opt out if the Raiders decide to locate their stadium or practice facility at the site, if MLS awards Las Vegas an expansion team or if city leaders decide to tear down the existing Cashman facilities.

Under the proposal, the 51s, who have been pursuing a new stadium, would remain the primary tenant for the duration of their lease, which includes selection rights for home games. If the 51s relocate, the USL team would become the primary tenant.

Lashbrook’s letter says in order for a proposed USL expansion team to begin using Cashman next year, the lease agreement would need to be finalized by the end of spring 2017 “to ensure the league has enough time to properly launch the new professional soccer team and ensure its long-term success in the Las Vegas market.”

If an agreement is reached, the team would shoulder the cost of running soccer operations at Cashman, Arent said.

The Las Vegas Convention and Visitors Authority will transfer ownership of Cashman to the city by June 1.