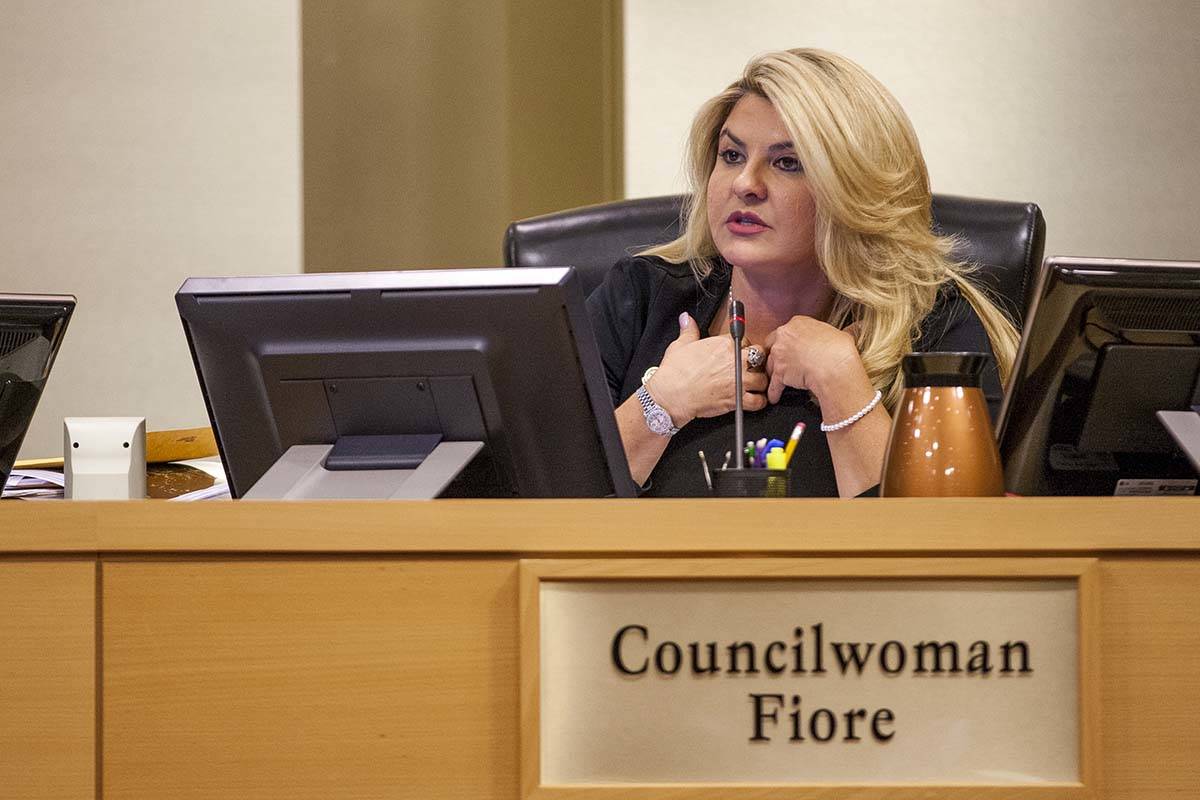 Fiore said that her office could not confirm, including through sign-in records, that Seaman held any meetings on July 6, when Seaman said this week she had been openly questioned by FBI agents about Fiore at City Hall.

“Considering that it is common practice that outside visitors should sign-in on arrival, Councilwoman Seaman’s comments are highly questionable, and may have been manufactured with animosity,” Fiore said in a statement provided to the Las Vegas Review-Journal on Wednesday.

Chance Bonaventura, a senior aide in Fiore’s office who provided the statement, said that it came from the councilwoman. It has thus far been Fiore’s only response to a Review-Journal story on Monday that revealed FBI agents have been questioning witnesses while investigating her campaign finances.

Seaman had confirmed in the story that agents were at City Hall last week and interviewed her about Fiore.

“It is unfortunate that Councilwoman Fiore would utilize taxpayer-funded city employees to make unsubstantiated false accusations adverse to the events that took place,” Seaman said by phone Wednesday. “Three city staffers were on hand July 6 to greet the FBI during their visit to my office at City Hall.”

While Fiore questioned Seaman’s reliability, she has not addressed the broader issue of an FBI probe. Sources say agents are investigating Fiore’s campaign finances, but the agency’s focus is unclear. The FBI has declined to comment, as a matter of policy.

The FBI investigation dates back to at least January, when agents executed a search warrant at Fiore’s home in northwest Las Vegas, sources said.