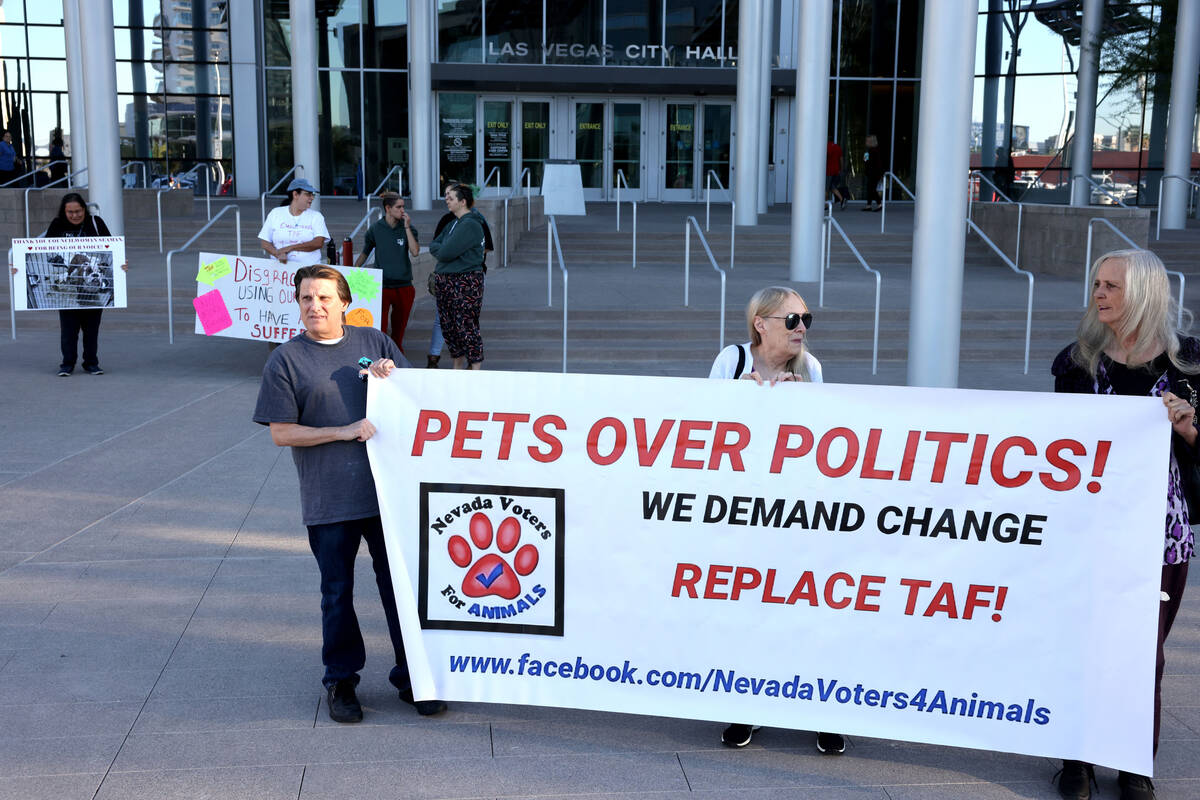 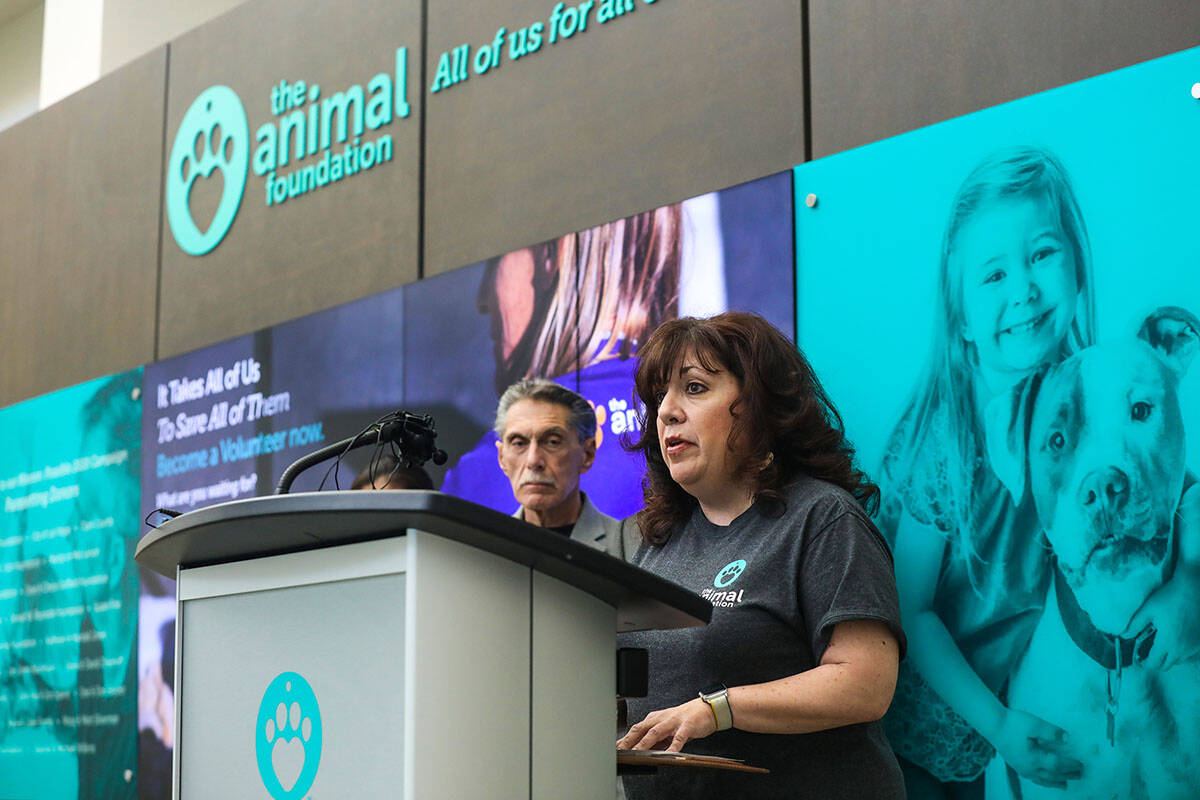 FILE - Hilarie Grey, chief executive officer at the Animal Foundation, addresses the media at a press conference in the lobby entrance of the Animal Foundation in Las Vegas, Monday, Sept. 26, 2022. Grey addressed the recent sudden resignations of staff and an overwhelming amount of intake of animals. (Rachel Aston/Las Vegas Review-Journal) @rookie__rae

As animal advocacy groups continue to rail against conditions at the Animal Foundation, the city of Las Vegas prepared a report outlining what it would take to build and operate its own shelter or to switch providers.

The money would come from the city’s annual capital budgets, which are made up of excess dollars from the general budget used to fund other competing interests, he said.

If the need for sheltering animals continues to grow, “it could be a challenge for us, but that’s the space we have available,” Cervantes said.

The city owns a parcel of land adjacent to the Animal Foundation where a Las Vegas fire station sits with 3.3 acres available for a possible shelter, according to Rosa Cortez, the city’s deputy public works director.

The facility would offer veterinarian services and other animal rehousing programs, such as adoptions, according to the presentation.

Prepared by city staff, the financial analysis originated around issues at the nonprofit shelter that in 2022 saw an animal overflow, a dog respiratory disease outbreak, staff walkouts and a surprise inspection by Seaman, who produced photos of an animal intake area in apparent “disgusting” conditions.

Staff to dig in to issue

During Wednesday’s City Council meeting, lawmakers instructed staff to explore animal shelter operations at cities similar to Las Vegas and to see if there is relief possible in the upcoming Nevada Legislature session, but otherwise did not take further action.

If it operated its own shelter, the city could find itself facing issues similar issues to those facing the Animal Foundation. They include a shortage of veterinarian staff and volunteers and population growth of residents and animals, officials said.

“You can put a Band-Aid on today, but it’s not gonna work,” Mayor Carolyn Goodman said, adding that the city needs to explore the issue fully

Las Vegas, Clark County and North Las Vegas partly fund the Animal Foundation in a regional contract, which expires in 2026, that provides about one-third of its total budget. In 2020, that figure was $4.7 million.

Following public outcry, Las Vegas ordered an audit of the shelter’s financials. The foundation’s directors have contended that the pandemic and a downturn in the economy have increased the number of animal intakes nationwide.

City officials have said that issues that have arisen with the foundation during monthly inspections have been addressed in a timely manner.

Even if Las Vegas were to erect its own facility, it’s still on the hook for $2.5 million in bond payments that expire in 2027 for an expansion project at the Animal Foundation, 655 N. Mojave Road, Cervantes said.

Councilwoman Olivia Diaz said that any decision would have to factor in data points that prove deficiencies from the Animal Foundation.

“It’s not fair for us to kind of say, ‘We need to pull back and go a different route’ if we don’t have a thorough set of data points,” she said.

As a local government tasked with providing sewer services and other infrastructure, other services can be a gray area.

“The social service aspect is a stretch sometimes when we get involved,” Diaz said.

To mitigate the issue, the city partnered with Hearts Alive Village animal rescue — allocating $250,000 from the American Rescue Plan — and is in negotiations with the Heaven Can Wait organization, which provides spade and neuter services in Henderson.

On Wednesday, the City Council voted to approve an ordinance to increase the number from four to six of dogs and cats that can reside in a single home without a permit.

Seaman, calling for more immediacy, said that the city is not doing enough to address the problems at the Animal Foundation and that just inspections would not suffice.

The $6 million in annual operational costs can be offset with fees, she said.

Seaman said there is “no backup plan” if the Animal Foundation is hampered by another illness outbreak.

“This is not a new problem; this is a decadeslong problem with our partner,” she said. “We have one shot to try to get it right.”