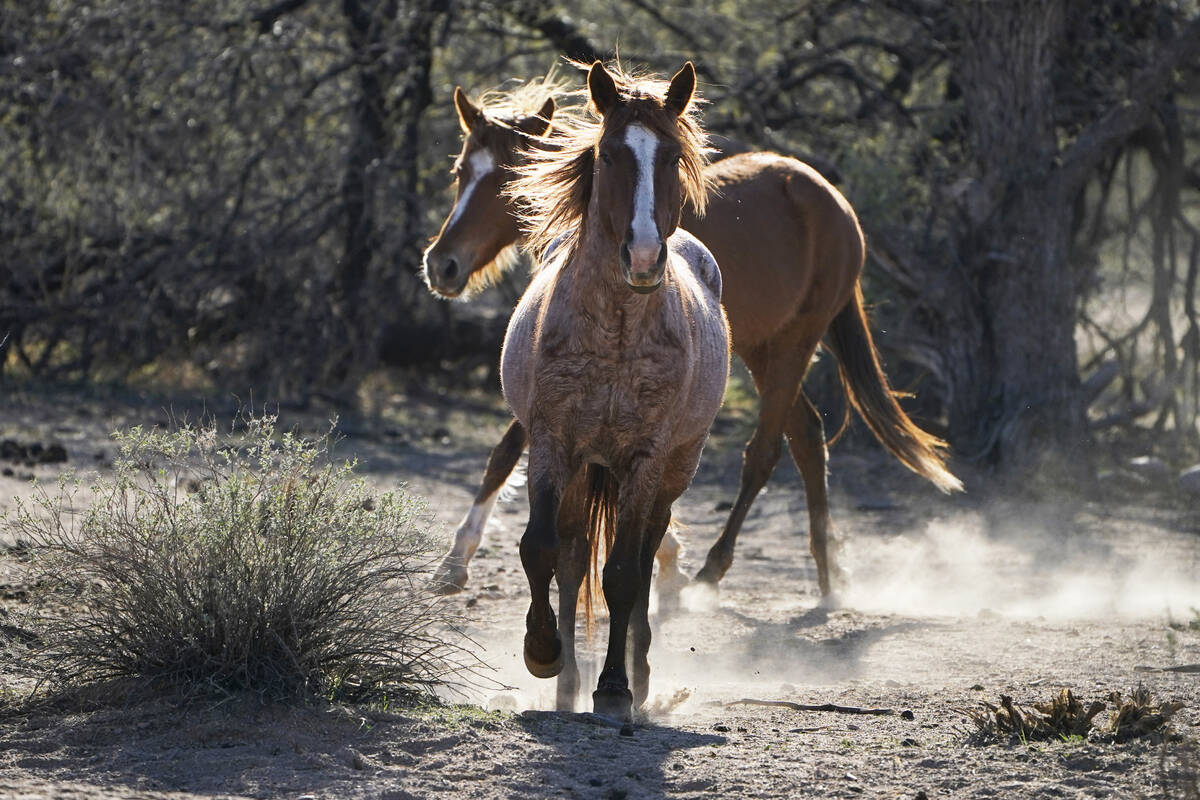 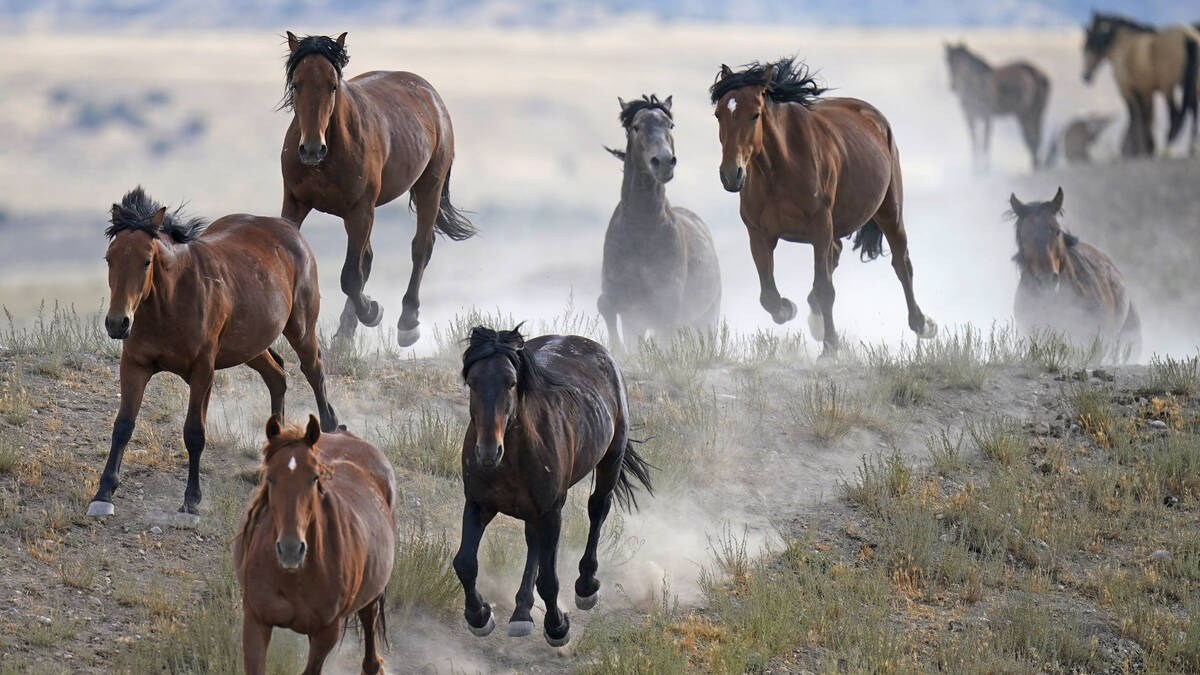 WASHINGTON — Wild horse deaths due to roundups and senseless slaughter prompted House lawmakers on Friday to introduce a bipartisan bill to better protect the iconic animals of the Southwest.

“Nevada is home to the largest population of wild horses in the nation and I have seen time and time again how they continue to be endangered, both during roundups and after they have been removed from the land,” Titus said in a statement.

The bill was filed as authorities investigate the recent slaughter of horses by unknown gunmen in Arizona.

The Bureau of Land Management, the federal agency responsible for the wild herds, also has upped a reward to $20,000 for information into the shooting death of five horses west of Ely in November 2021. That grisly scene included a dead animal with an aborted fetus.

Meanwhile, federal roundup of horses to remove animals from sensitive habitat has also led to deaths in Colorado, Wyoming and Nevada due to disease spread in corrals and from frightened animals severely injured while being herded by helicopters.

“These special creatures deserve federal protections that recognize their importance and ensure they are treated humanely,” Grijalva said in announcing the bipartisan legislation.

Schweikert said the bill is more than about saving creatures today, “it’s about ensuring the great wild horses and burros of Arizona and America live on for generations to come.”

Fitzpatrick said the bill introduced Friday would provide more federal funds and resources to protect wild horses and burros from slaughter, or killed for management goals, implement fertility control vaccine programs and eliminate cash for adoptions that have led to slaughter in Mexico and other countries.

BLM officials announced earlier this year that the agency planned to remove 22,000 wild horses and burros from public lands due to overpopulation, the lack of natural predators and overgrazing of natural food sources consumed by native species.

A helicopter roundup near Ely resulted in a severe leg break and the death of a foal. The horrific scene was captured on camera. About 12 horses died in that roundup.

Meanwhile, corralled horses in Wheatland, Wyoming and Canon City, Colorado came down with disease that left more than 150 dead and resulted in a federal inquiry.

Following those events, Titus filed legislation to halt the use of helicopters in roundups.

In light of the deaths at corrals, Titus and Cohen urged Interior Secretary Deb Haaland to halt roundups until investigations by state and federal biologists and officials have been completed.

The bill filed Friday would halt some of the practices altogether and promote more humane management techniques, according to the lawmakers.

“This bill promotes much-needed humane, commonsense, and fiscally responsible reforms that would stop the endless cycle of removals and keep these beloved symbols of freedom in the wild where they belong,” said Suzanne Roy, American Wild Horse Campaign executive director, in a statement.