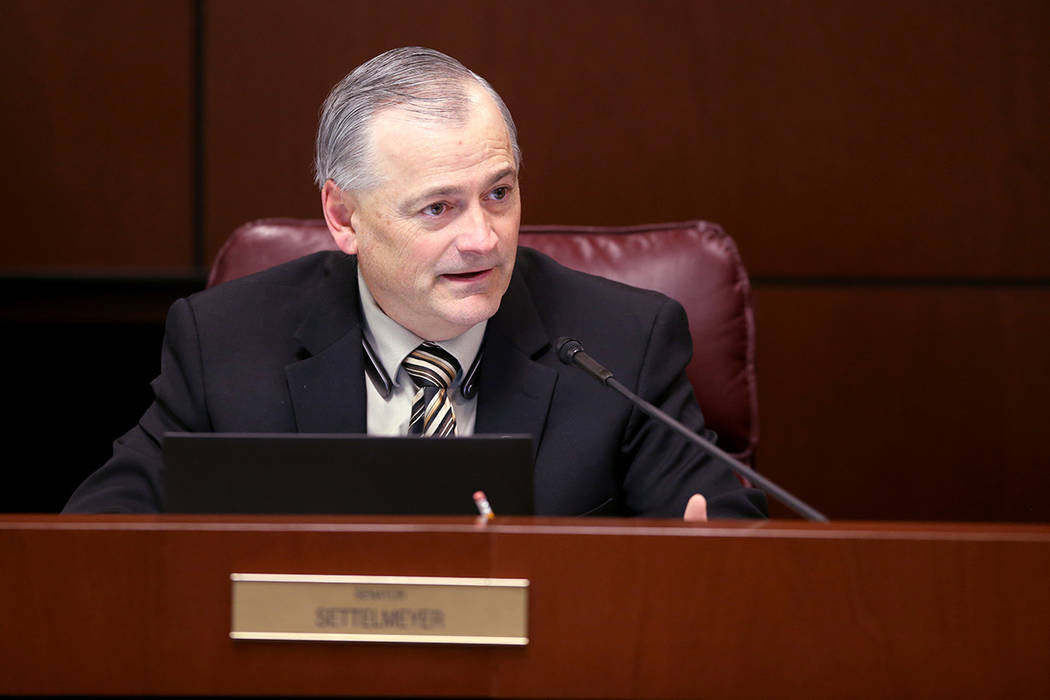 But while potentially resolving one dispute that has lingered from the first days of session, the 24-page opinion from the Legislative Counsel Bureau sets up another, as Republicans promised to sue if Democrats rely on the opinion to adopt a budget.

Senate Minority Leader James Settelmeyer, R-Minden, called the opinion “a work of legal fiction” that was inconsistent with past LCB opinions on similar revenue questions.

“Unfortunately, it means that the majority party has decided to not try to reach compromise or (have) discussions on issues, and unfortunately going down this road just guarantees legal challenge,” Settelmeyer said.

LCB-050819 by Anonymous IwWqtsye on Scribd

Sisolak’s proposed budget calls for significant funding increases for health care and education. To help defray that higher spending, the governor proposed delaying the planned reductions or phase-outs on two taxes. The move, worth $140 million over the two-year budget cycle, allowed the governor to contend that his budget contained no new taxes.

Republicans, however, have maintained that extending taxes scheduled for phase-out is the same as imposing new ones. As such, authorization would trigger a constitutional requirement to muster a two-thirds majority vote of lawmakers in both houses, they say.

Democrats have those numbers in the Assembly but are one vote short in the Senate, giving Republicans potential leverage in budget negotiations.

The legal opinion, sent to legislative leaders Wednesday night, says the state’s two-thirds majority requirement does not apply to legislation that extends an existing tax or tax credit at its current rate.

Only a bill that “creates, generates or increases any public revenue in any form” triggers the two-thirds requirement, according to Legislative Counsel Brenda Erdoes and Chief Litigation Counsel Kevin Powers.

Sisolak, in a statement, said he was “grateful” and “pleased” with the opinion but said he would continue working with legislative leaders of both parties to “pass a budget that reflects our core values – making sure that Nevada’s economic recovery reaches every family, that our schools prepare every child to reach their potential, and that our health care system is there for every Nevadan who needs it.”

The opinion’s effect on the remainder of the current legislative session, now in its final month, was not immediately clear. Legislative committees are now setting and closing department and agency budgets, but major spending initiatives, such as the state education budget, are not yet final or public.

Settelmeyer said Republicans could not take legal action unless the Democrats move to enact a budget based on the opinion. The overall budget comprises dozens of individual appropriations bills.

“I don’t believe there is anything that can be done before (the budget is) introduced, or before it’s voted,” Settelmeyer said. “That would not be considered right by legal standards.”

He added that because of the opinion and the legal stakes, there was now no chance any Republicans would support a straight party-line Democrat budget.

In a similar situation in 2003, the Nevada Supreme Court ruled the Legislature could raise taxes with a simple majority, rather than getting a two-thirds majority. But lawmakers got the two-thirds vote anyway, avoiding having to rely on the controversial decision. The high court later reversed the ruling.