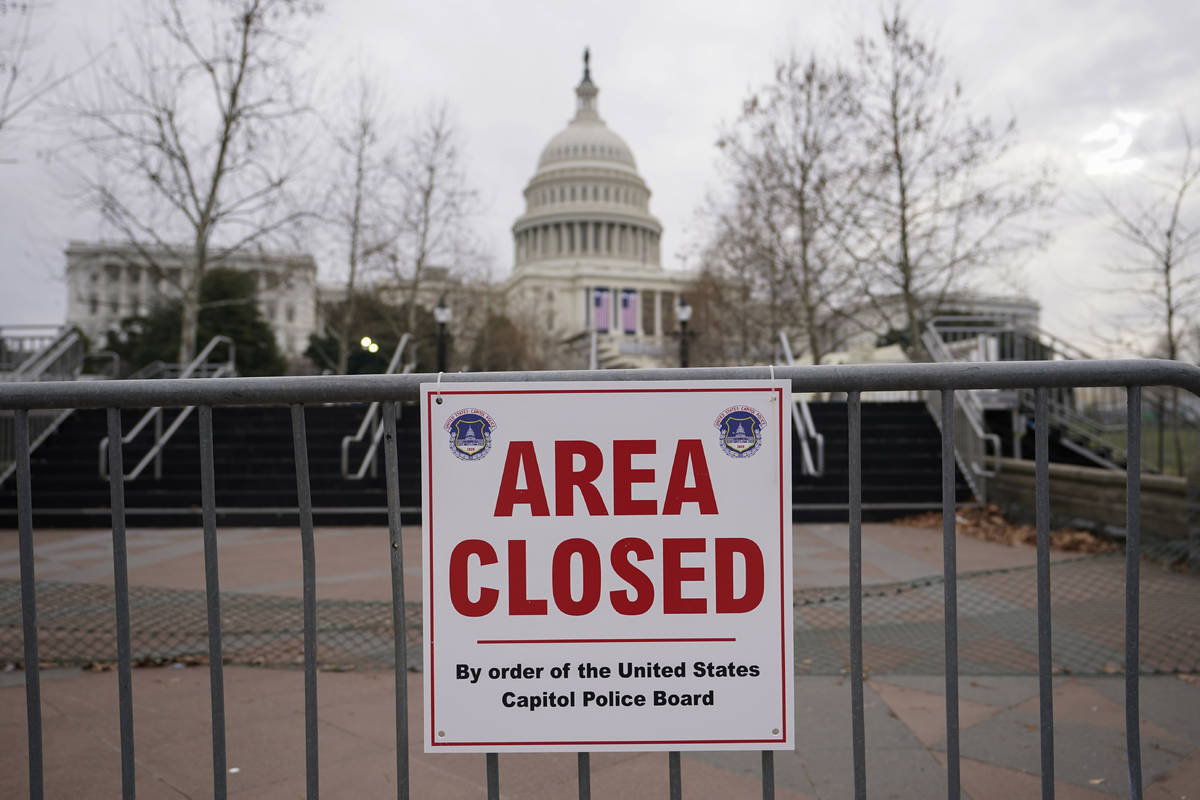 FILE - In this Monday, Jan. 11, 2021, file photo, signs are posted to close the area around the U.S. Capitol ahead of the inauguration of President-elect Joe Biden and Vice President-elect Kamala Harris in Washington. (AP Photo/Carolyn Kaster, File)

WASHINGTON — Police have arrested a man with a handgun and 500 rounds of ammunition at a checkpoint in Washington set up ahead of President-elect Joe Biden’s inauguration.

Wesley Allen Beeler was stopped at the checkpoint near the U.S. Capitol on Friday.

Court documents say Beeler approached the checkpoint but did not have a valid credential for that area. An officer noticed he had “firearms-related stickers” on his vehicle and asked him if he had any weapons inside.

The papers say Beeler told the officers he had a handgun under the armrest and police detained him at the scene. They searched his car and found a high-capacity magazine in the 9mm handgun, along with more than 500 rounds of ammunition in the vehicle. Authorities said he didn’t have a license to carry the gun in Washington.

Beeler was charged with carrying a pistol without a license. His attorney did not immediately respond to a request for comment.