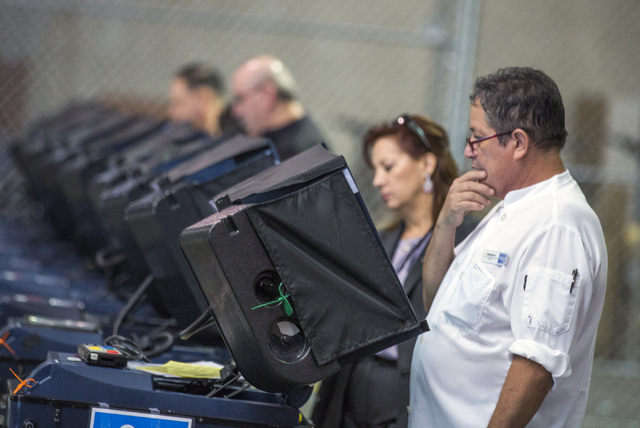 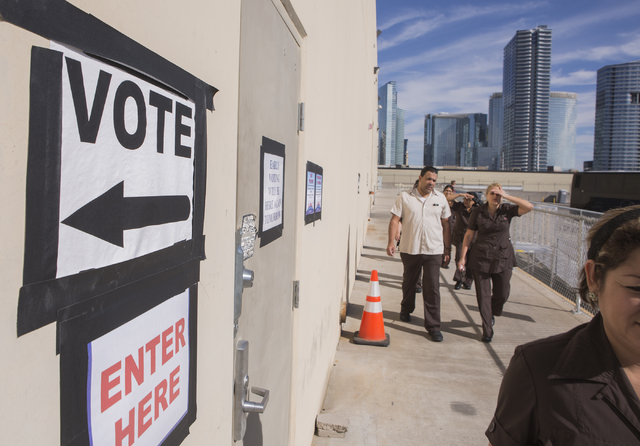 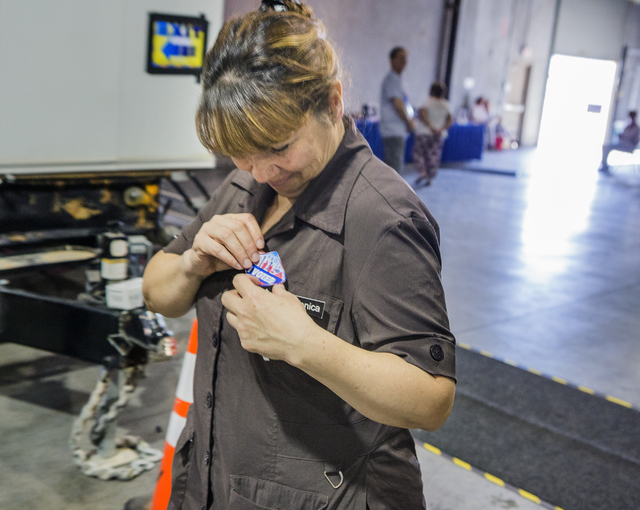 Aria employee Veronica Barraza place a stick on her uniform after early voting at 3550 W. Harmon Ave. on Wednesday, Oct. 26,2016. This is the first time she voted. Jeff Scheid/Las Vegas Review-Journal Follow @jeffscheid

More than 225,000 Clark County voters have cast their ballots through the first six days of early voting, according to the Nevada secretary of state’s office.

Just over 30,000 voted in the state’s Democrat-heavy urban hub Thursday, which was the lowest turnout so far during the state’s early voting period that ends Nov. 4.

Five rural counties — Esmeralda, Lander, Lincoln, Lyon and Storey — did not have totals counted by Friday afternoon. Those counties accounted for about 6,300 votes cumulatively through the first five days of voting.

With mail-in ballots included, the raw-vote lead statewide grew by the smallest margin yet, widening by just about 800 votes. Currently just over 26,300 more Democrats than GOP voters have cast a ballot in some form, a margin of about 44-36 percent. That lead will likely shrink slightly as the five uncounted counties all have a significant Republican lean in terms of voter registration and turnout.