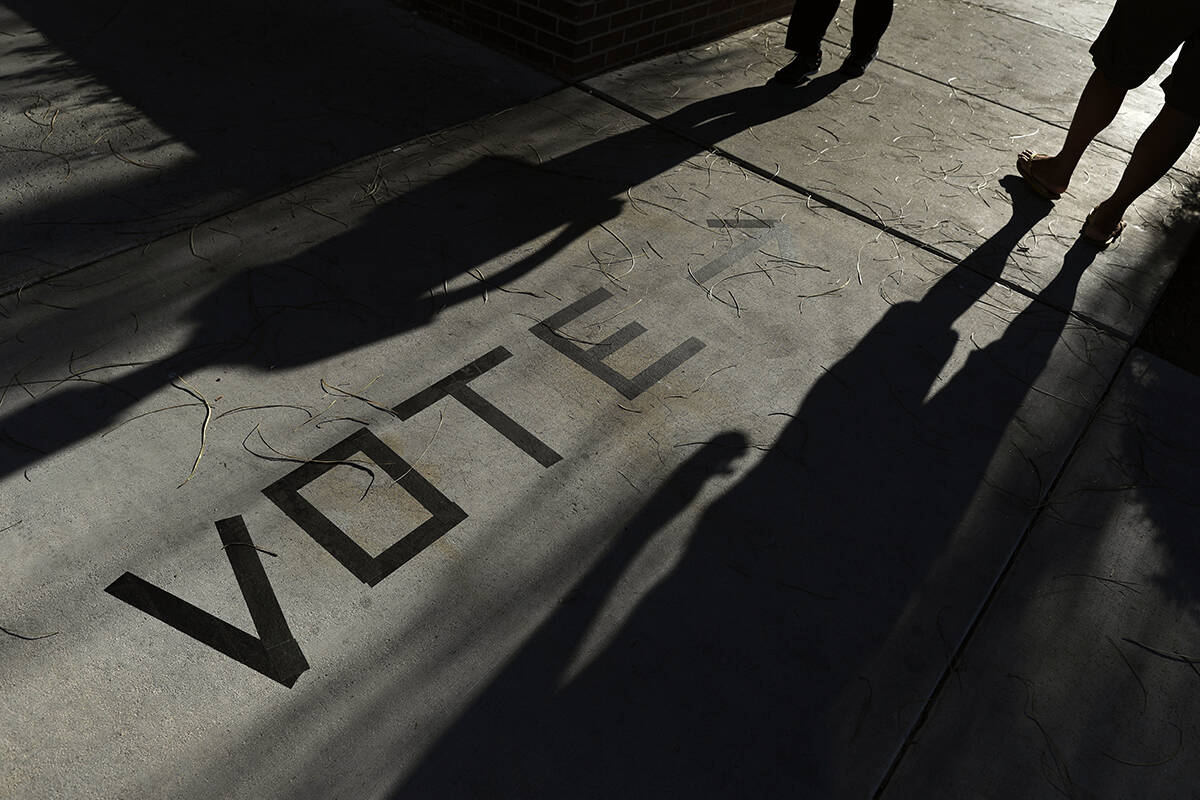 Voters head to the polls at the Enterprise Library in Las Vegas in November 2018. (AP Photo/Joe Buglewicz)

Nevada Democrats’ plans to put the Silver State first in line in the party’s presidential nominating calendar could come to fruition soon after the national party voted this week to shake up the process.

The Democratic National Committee’s Rules and Bylaws Committee voted Wednesday to reopen its presidential nominating process, a decision that effectively strips Iowa and New Hampshire of their long-held leadoff positions and opens the door for Nevada to make its case for being the first state to weigh in on the Democratic presidential nominations.

Four states — Iowa, New Hampshire, Nevada and South Carolina — have waivers from the DNC to hold their presidential nominating contests before the rest of the country, with Nevada going third in the process. The new plan calls for any state interested in early-state status for the 2024 cycle to apply, and it increased the number of potential early vote states from four to five.

“Nevada’s diverse population and geography represents the rest of the country,” said Artie Blanco, a DNC committee member and member of the rules committee, in an email Thursday. “Our growing state is still small and accessible enough to provide an early test for all presidential candidates by allowing them to talk directly to voters. The time has come for Nevada to move to the front of the line when it comes to nominating presidents of the United States.”

The plan approved by the rules committee doesn’t mean Iowa and New Hampshire are guaranteed to lose their current spots, but the increased emphasis under the plan on judging states based on their population diversity, their mix of urban and rural voters and general election competitiveness would appear to put them at a significant disadvantage.

The non-Hispanic white populations of Iowa and New Hampshire are 85 and 90 percent, respectively, according to the U.S. Census Bureau. By contrast, Nevada has a Hispanic population of 29 percent, Black population of 10 percent and an Asian population of nearly 9 percent.

Iowa’s caucus system, which came under fire over problems with reporting and tabulating caucus results during the 2020 cycle, is another hurdle that state will need to overcome if it wants to remain in the early slate of states.

The priorities outlined under the new plan bode well for Nevada’s chances, though, and Wednesday’s vote looks to be one more piece falling into place in the state Democrats’ plan to move the Silver State to the front of the presidential nominating line.

“Not only do we meet the criteria, we exceed the criteria,” Nevada State Democratic Party Chair Judith Whitmer said.

Nevada is a majority-minority state, with the non-Hispanic white population making up 48 percent of the state, while Hispanics make up roughly 29 percent of the population. And it offers plenty of geographic diversity with a mix of urban hubs such as Las Vegas and Reno and wide stretches of rural spaces. Nevada also boasts a strong organized labor population.

“I think that when presidential candidates stop here in Nevada, they’re having to address a broad range of issues and listen to a lot of diverse voices that will make sure that moving forward candidates will be addressing issues that are important to people across the country,” Whitmer said.

Soon after Iowa’s problematic Democratic caucuses in 2020, Democratic party leaders in the state including late U.S. Sen. Harry Reid called for Nevada to move away from the caucus system that it had used dating back to the early 1980s.

Democrats in the Legislature last year passed a bill to move Nevada to a presidential preference primary, a move that was part of the party’s larger push to make the state first on the nominating calendar by holding the primary in early February. Ultimately it’s up to the national parties to make that decision, though.

The state Democratic parties need to submit a letter of intent to the DNC by May 6 and full application by June 3. The committee will announce its decision in July after a series of scheduled meetings.