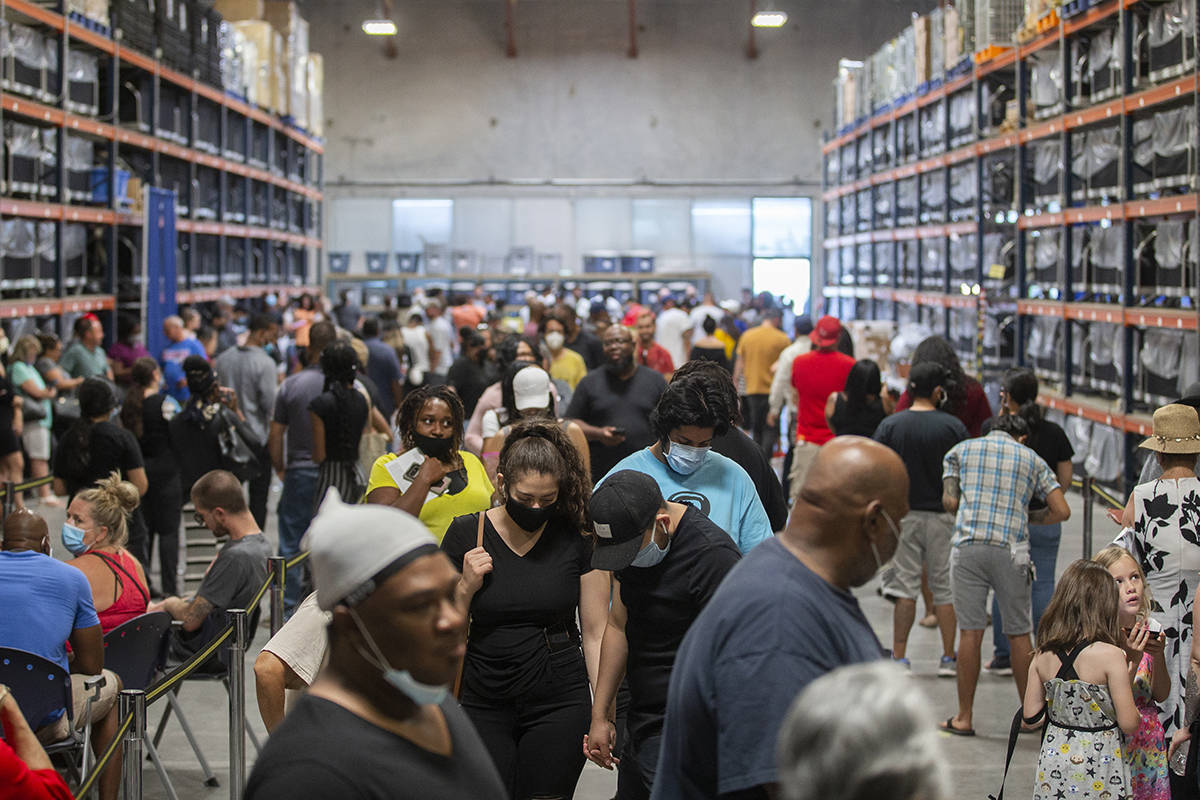 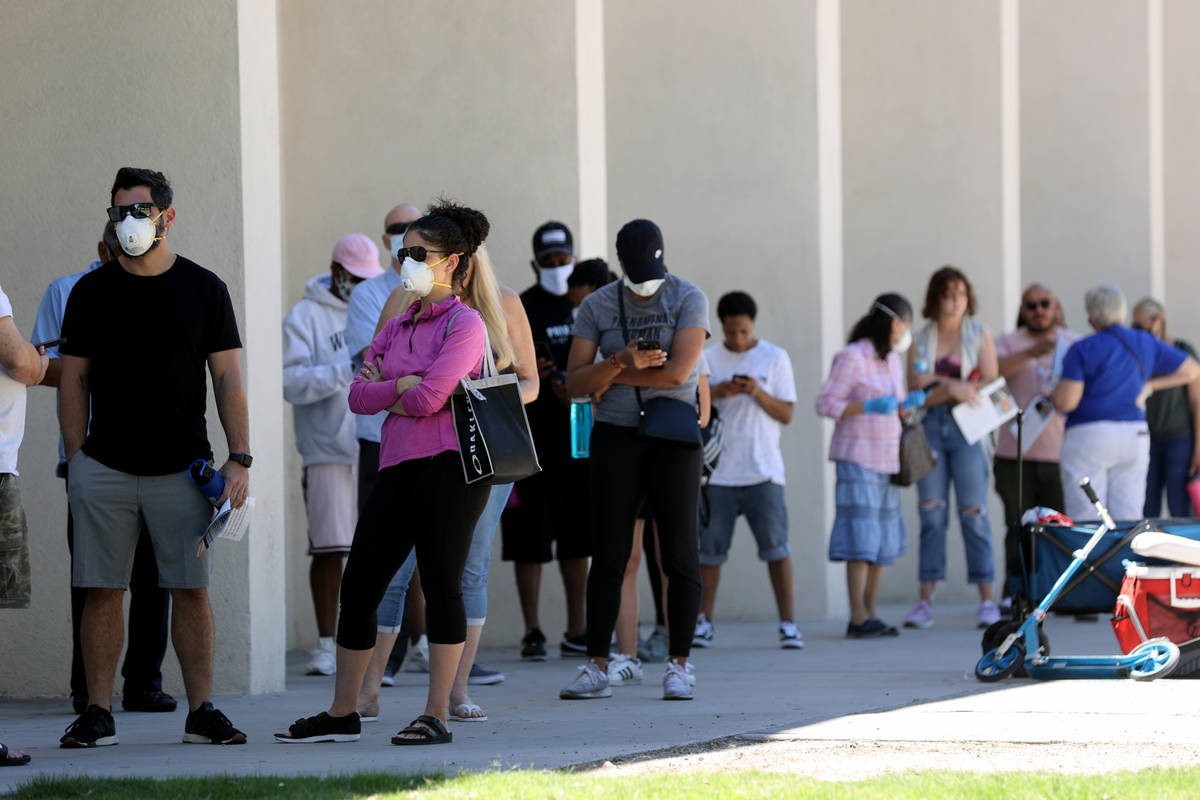 Voters who didn't receive a mailed ballot or need to make a change to their registration wait in line at Paradise Recreational Center in Las Vegas Tuesday, June 9, 2020. (K.M. Cannon/Las Vegas Review-Journal) @KMCannonPhoto

Results for Nevada’s primary were delayed Tuesday night as people were still waiting in long lines even after polls officially closed.

Those who were in line when the polls closed at 7 p.m. were allowed to vote. Shortly after 9, it appeared there were more than 100 people waiting in line at Desert Breeze Community Center, one of three vote centers in Clark County. A security guard at the center estimated about 300 people were in line, including where it extended inside.

As of about 10:10 p.m., the Nevada secretary of state’s office said it would be at least another hour before results are posted.

The first results were provided just before 2:30 a.m. Wednesday.

Precautions forced by the coronavirus pandemic led to the long lines outside in-person voting centers.

Joe Gloria, Clark County registrar of voters, acknowledged the lines and said officials never stopped processing voters all day. He said he put staff at the end of the lines when polls closed at 7 p.m. and that the lines seemed to be progressing well shortly before 8 p.m.

“I think the day has gone fairly well,” he said. Gloria said not knowing until late March that the election would be held by mail created “a tremendous challenge” for his staff.

The altered election format meant only three in-person vote centers were available in Clark County. Despite repeated encouragement from officials to mail in ballots before election day, all three centers had lines that spilled out the door and down sidewalks.

‘It shouldn’t be this hard to vote’

People who did not receive a ballot or made a mistake on a ballot were required to go to a voting center for a new one. In addition to voting centers, several ballot drop-off locations were open to voters.

Ellen Russell, Shannon DeBoer and Jonel Parker had been in line for hours when they spoke to a reporter Tuesday afternoon. Despite being about a dozen people away from the front of the line, they said they’d been stuck in the same spot for an hour.

“They need more locations and a better system,” Parker said. “It shouldn’t be this hard to vote.”

Osvert Lara said it took him about 4½ hours to get through the line at Desert Breeze Community Center. He called the process disorganized.

“And if this is what we’re looking forward to in November, we can expect a lot bigger mess,” he said.

Gloria told the Review-Journal on Tuesday afternoon that the county was processing voters as quickly as possible, but “we don’t have as much equipment out in the field as we usually would.”

No electronic voting machines were used in an attempt to curb the spread of the coronavirus, and same-day registration was allowed. Ballots were mailed to voters in early May.

Gloria said officials are having discussions about how to approach November’s election.

“One thing that’s for certain is we will have in-person voting for the early voting period and on Election Day,” he said.

Las Vegas resident Booker Reid, 32, had been in line to vote at Desert Breeze since 6:55 p.m., he said, but a few hours in line is a small price to pay to exercise his right to vote.

“A wait is not a problem for me,” Reid said.

Amber Eshthy, 25, had been standing in line for over three hours but said the wait didn’t faze her anymore.

“It’s our civic duty, and it just feels right,” Eshthy said. “I’ve voted every year I’ve been able to.”

Around 10 p.m., a few volunteers at the polling place ordered pizza for those still waiting in line, noticeably lifting spirits.

“As predicted, despite the Secretary of State moving Nevada’s primary to an all-mail election, many Nevada voters still participated in person,” the statement read. “Hours-long wait times to cast a vote is exactly why NV Dems and our partner groups sued the state to improve voting by mail, allow for voter assistance, and expand the number of in-person polling locations. Had the Secretary of State gotten her way and Clark County voters were limited to just a single polling location, these wait times would have been even longer than the ones we’re seeing now. It is imperative the state offer an adequate amount of hygienic, well-organized polling locations and we will continue fighting for these improvements to prevent a repeat in November should we find ourselves under the same circumstances.”