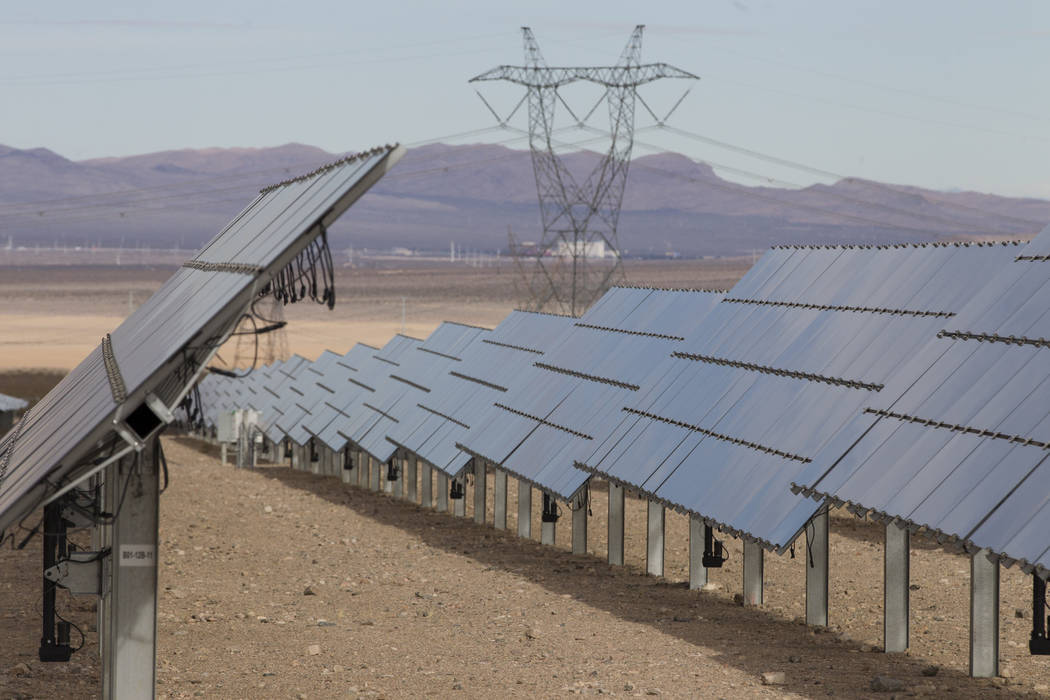 CARSON CITY — As solar and renewable energy measures took center stage at the Legislature on Wednesday, a national group reported that Nevada more than doubled its solar capacity in 2016 to 2,191 megawatts over 1,033 megawatts in 2015.

Nevada had the fourth-fastest growth of any state last year and is now the fourth-largest solar state, moving up one spot from last year, according to the report from GTM Research and the Solar Energy Industries Association.

Utility-scale projects boomed in Nevada in 2016, even while residential projects slowed due to changes in the state’s net metering policy that significantly slowed rooftop solar installations, the solar association reported.

Nationally, the U.S. solar market had its biggest year ever in 2016, nearly doubling its previous record and adding more electric generating capacity than any other source of energy for the first time ever. The findings are in the U.S. Solar Market Insight 2016 Year-in-Review report.

“It would be hard to overstate how impressive 2016 was for the solar industry,” said Abigail Ross Hopper, the group’s president and CEO. “Prices dropped to all-time lows, installations expanded in states across the country and job numbers soared.”

The Nevada Legislature on Wednesday heard testimony in support of Assembly Bill 206 by Assemblyman Chris Brooks, D-Las Vegas. It would increase the state’s renewable portfolio standard to 50 percent by 2030 and 80 percent by 2040.

One supporter was Sig Rogich, a board member of the Clean Energy Project advocacy group and president of The Rogich Communications Group, who said in a statement: “Nevada needs to continue to update its RPS to better reflect the growing market demand for clean power and Nevada’s potential to become the nation’s leading producer and consumer of renewable energy.”

Rogich said the bill sets an aggressive but achievable goal that may have amendments along the way, “but it’s an intelligent approach to attract increased clean energy investment and new clean energy jobs.”

Many speakers testified in support of the bill.

Fred Voltz of Carson City was one of the few to criticize the legislation, saying the effects of any such mandate must be analyzed for the impacts on ratepayers. Fossil fuels will always be required for when the sun is not out and the winds aren’t blowing, he said.

“This bill would reinstate one of the most important state policies for empowering consumers to produce their own solar power,” Watkins said.