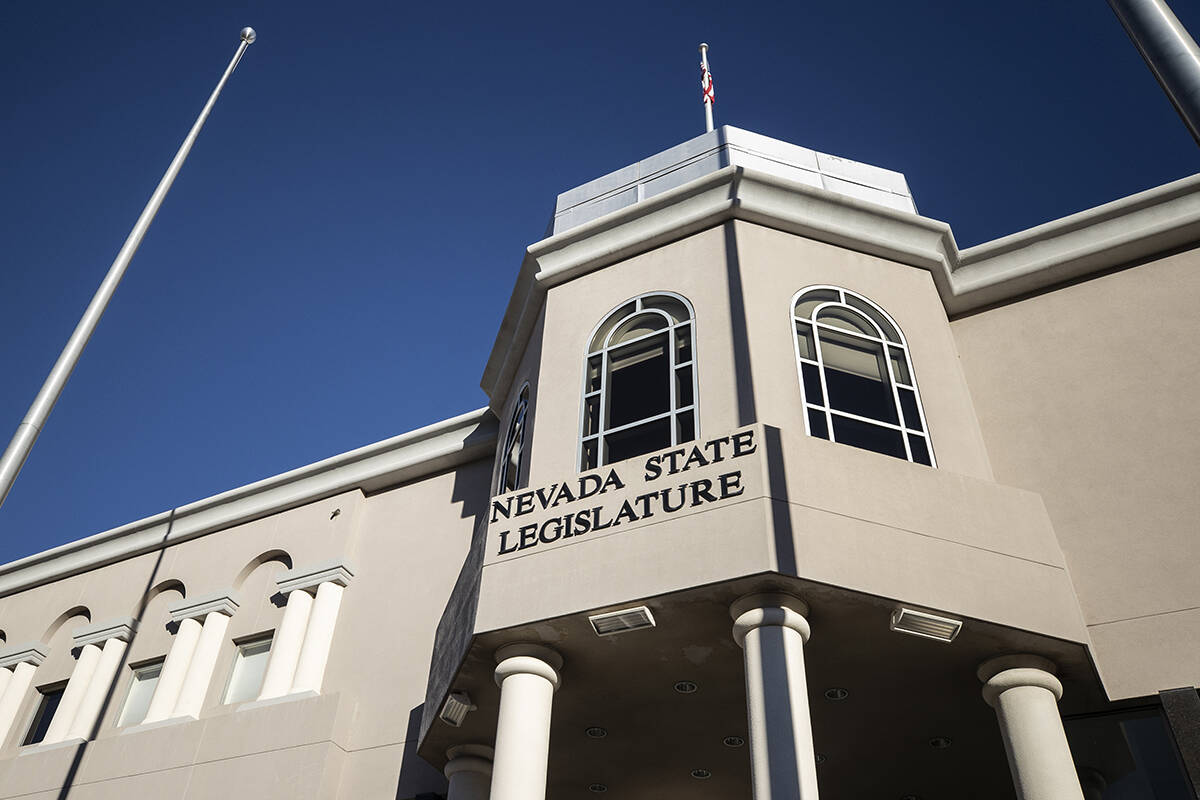 These are just some of the words state administrators, advocates and service providers use to describe recent investments in Nevada’s mental health services.

A majority of those funds, which came from the American Rescue Plan Act, were approved by the Interim Finance Committee during its August and October meetings, totaling more than $59 million.

The funds are earmarked for several projects across the state, including $15 million for youth care and case management and $2 million for the establishment of a children’s behavioral health authority.

But despite the potential to make a meaningful dent in the state’s needs, many stakeholders in the state’s mental health care ecosystem say the allocation is just the first step in making up for years of underfunding.

“It kind of blew the doors off of what was already a very broken and very fractured system. We saw needs increased tremendously. We didn’t have appropriate placements and services,” Abbott said.

During that time, the Legal Aid Center of Southern Nevada sat down with several other stakeholders, including the Clark County Children’s Mental Health Consortium and the Clark County Department of Family Services, to “come up with a list of problems and possible solutions,” Abbott said.

What they found — and what many other providers had been experiencing for years — is that the state lacks what’s known as a strong continuum of care.

A good way to think about the continuum of care as an umbrella of color, from black to white with shades of gray in between, said Dr. Lisa Durette, a child and adolescent psychiatrist.

Nevada is missing many of the services that fill in those shades of gray, said Durette, who also serves as Interim Chair of Psychiatry and Behavioral Health for the University of Nevada Las Vegas.

“The part where we’re not filling in the gaps necessarily is that interim level of care,” she said. “There’s a whole lot of types of interventions that are between the two ends of the spectrum and that’s that continuum of care that we really need to take time and fill the gaps in.”

Breaks in the continuum often lead to a child being placed in a more restrictive setting than what’s required for their behavioral health needs, which can cause more harm than good.

“We always want children and families in general to get services in the least restrictive, most appropriate environment. We don’t want to unnecessarily institutionalize kids,” Abbott said.

A lack of services in the state can also lead to a child being sent out of state to other facilities, which is costly to the state and can be costly to youths’ mental health.

The report, which was published less than three weeks prior to the Interim Finance Committee’s October meeting, details the state’s continued failure to provide adequate services for children with behavioral health disabilities because of gaps in its continuum of care and instead relies to heavily on residential treatment facilities.

The report also warns the state that its failure to provide services is in violation of the Americans with Disabilities Act and that a lawsuit filed by U.S. government is possible if the state is “unable to reach a resolution.”

Fixing the continuum of care

What’s missing from the continuum of care are community-based providers, according to Department of Health and Human Services Division of Child & Family Services Administrator Cindy Pitlock.

Because the state isn’t the sole provider of all clinical services, it works with what are called community-based providers, which include hospitals, clinics, community-based mental health businesses that see patients on a daily basis.

“These are the vital touch points that youth and families access daily,” she said.

But building out the community-based provider network has been difficult. Workplace shortages plague nearly every industry in Nevada, and mental health care is no exception.

“We’re trying to bring more qualified mental health professionals to Nevada to meet demands that our community needs,” said Dave Doyle, who has been a foster parent for 20 years.“It’s been challenging because people have had to carry heavier loads than they’ve ever had to carry because there’s just not enough quality people. Look at all the vacancies at the state level, at the county level and even amongst private providers and agencies. We’re all experiencing it.”

Doyle serves as the director of operations at Eagle Quest, which started off as a small foster care program but expanded to provide therapy and medication management and is now one of the largest therapeutic foster care agencies in the state.

And it’s not just heavier work loads making it difficult to hire quality professionals. Medicaid reimbursements are often not competitive.

Dr. Sid Khurana, a child and adolescent psychiatrist and medical director of Nevada Mental Health, said reimbursements for higher levels of care and hospitalization is lower with Medicaid than those of private insurance.

“When residents and fellows who finished their trainings and they have astronomical student loans and they are making decisions as to where they’re gonna practice.” he said. “Because they have loans to be paid, what they’re gonna professionally make becomes a factor and the insurance reimbursement matters.”

That affects the number of providers in the community, especially when they’re worrying about making a living, Haboush said.

“They’re getting paid under what they should to provide those services. It’s really hard to convince somebody to stay in our state and to go into this field when they are going to struggle and worry about making a living themselves, she said. “Adequate reimbursement for the services that are provided are necessary and because a lot of families might be receiving these through Medicaid, Medicaid has to work on reducing barriers to their system as well.”

Some of the funds allocated by the Interim Finance Committee are aimed at addressing some of these longstanding issues.

Money given to the Department of Health and Human Services Aging and Disability Services Division will be used to eliminate its waitlist for services, increase the capacity of providers in communities and recruit specialty providers, Administrator Dena Schmidt said.

“There’s a large need for specialty providers to serve our individuals with intellectual and developmental disabilities who also have a behavioral health need,” she said. “That’s a really complex group of folks to serve. We’re trying to recruit some providers specific to that population into our state that don’t exist right now.”

Schmidt called the allocation a “once in my career opportunity” to invest in increasing the number of specialty providers in Nevada.

The federal funding will also add a face-to-face component to the rural mobile crisis response team, which was established in 2016 through a Nevada System of Care grant and utilizes telehealth to connect those in need with a clinician through a crisis call line.

The funding will create four new positions in Elko, which will include two teams consisting of a psychiatric caseworker and a consumer services assistant that will work in conjunction with the telehealth services, said Ellen Richardson-Adams.

But getting the funds was the easy part to addressing the mental health crisis in Nevada, Abbott said.

“Having the money allocated, in some sense, was the easy part. Now the real work begins, because we have to stand up programs. The state has to be able to get that money out,” Abbott said.

But once those programs are created, they’ll require funding after the federal money runs out to continue operating.

“The next steps are really doubling down on the sustainability piece,” Pitlock said. “ARPA was a huge, huge blessing for the state of Nevada, for children’s mental health. But now we need to make sure that those programs are sustained after the ARPA money is no longer available or has been fully expended. Because what we don’t want to do is stand up a high quality, robust, complete system of care and then not be able to sustain it over time.”

That feeling was echoed by other providers, including Nevada PEP Executive Director Karen Taycher, who called the Interim Finance Committee’s money a “kickstart.”

“We definitely needed this to get things started. What needs to be done is to kind of evaluate these programs that we’re funding with ARPA, make sure they’re working and then create sustainable funding because the arc of money expires,” Taycher said. “The Legislature will have to be engaged in the sustainability of it.”

Senate Majority Leader Nicole Cannizzaro said the mental health system is “a big concern” for her.

“We know that those are essential services and we need to be working to make sure that they’re more accessible to Nevadans,” she said. “We’re building the kind of system that’s going to help support mental health here in this state.”

In a statement, Assembly Speaker-designate Steve Yeager said he was looking forward to working with other lawmakers to address the problem.

“We aren’t where we need to be as a state with respect to behavioral health services and treatment,” he said. “The problem is a multi-faceted one that requires a multi-faceted solution. I look forward to working with my legislative colleagues and Governor Lombardo on those solutions in the upcoming legislative session.”

Lombardo’s spokesperson, Elizabeth Ray, said the governor was looking “forward to outlining his investments in mental health services during his upcoming State of the State address.”

The governor is set to give his State of the State address on Monday in Carson City.

Continuing to build the system of mental health care services is important because the issue isn’t going away, Doyle said.