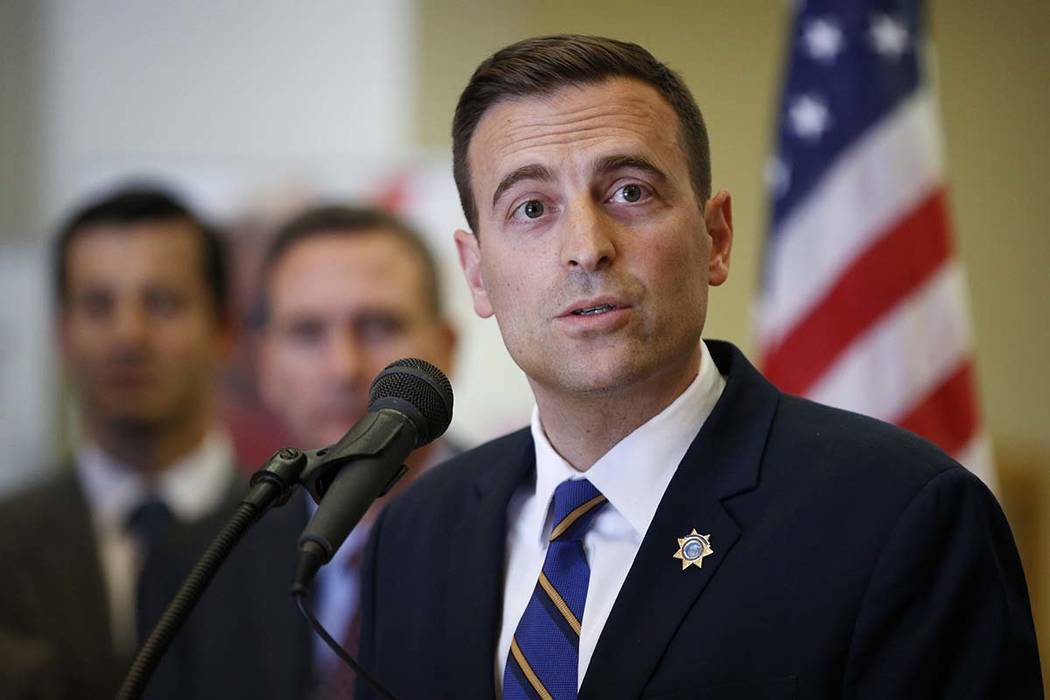 Nevada Attorney General Adam Laxalt signed onto a court filing last year in a California lawsuit to support keeping the identities of the donors to one of his biggest political backers secret.

The 9th Circuit Court of Appeals in Pasadena, California, is set to hear arguments Monday in a lawsuit that could decide whether Americans for Prosperity Foundation, a nonprofit backed by the GOP megadonors and brothers Charles and David Koch, should be forced to reveal its top donors in the Golden State.

Americans for Prosperity Foundation sued California in 2014 after then-California Attorney General Kamala Harris attempted to force the group to reveal its donor list or lose its ability to legally raise money in California. A federal judge ruled in favor of the nonprofit in 2016, and the state appealed to the 9th circuit.

In January, Laxalt and Republican attorneys general from Alabama, Louisiana, Michigan, Texas and Wisconsin filed an amicus brief supporting Americans for Prosperity Foundation’s right to keep its donors secret. Their argument stated that “the First Amendment protects the right of charitable groups to choose not to disclose the names of their donors to state officials.”

“By requiring the Foundation to disclose the identities of its major donors without first establishing any particularized suspicion of any wrongdoing by the Foundation, the California Attorney General chilled the associational rights of the Foundation’s members,” the brief states.

The group also argued that collecting the donors names and information could make them targets of “unscrupulous public officials.”

“Even if the names of significant donors are never released to the public — intentionally or unintentionally — government officials might use the donor information to single out their political opponents for retribution,” the brief said.

The group of attorneys general weren’t the only ones who filed briefs in support of Americans for Prosperity. The NAACP, Free Speech Defense and Education Fund and Electronic Privacy Information Center all filed similar briefs last year.

The NAACP argued that California’ argument, if accepted, “would give the government unchecked power” to compile and publish databases of citizens’ affiliations with organizations.

A spokesman for Laxalt’s office said Friday that the attorney general signed onto the brief after the nonpartisan National Association of Attorneys General had sent them a request to join while circulating it to offices across the country.

“The Attorney General’s Office joined the publicly filed brief on behalf of Nevada in January 2017 for the reasons stated on its first page — that Nevada has “a vital interest in protecting (its) citizens’ First Amendment right of freedom of association against unconstitutional interference.” Humm said in the statement.” the spokesman said in a statement. “We stood alongside groups like the NAACP’s Legal Defense and Education Fund that also filed an amicus brief against California’s extreme encroachment on the right to freely associate.”

Americans for Prosperity president Tim Phillips said in April that the group would be backing Laxalt in the governor race, praising Laxalt for his stance on taxes, reducing regulations, school choice and criminal justice reform.