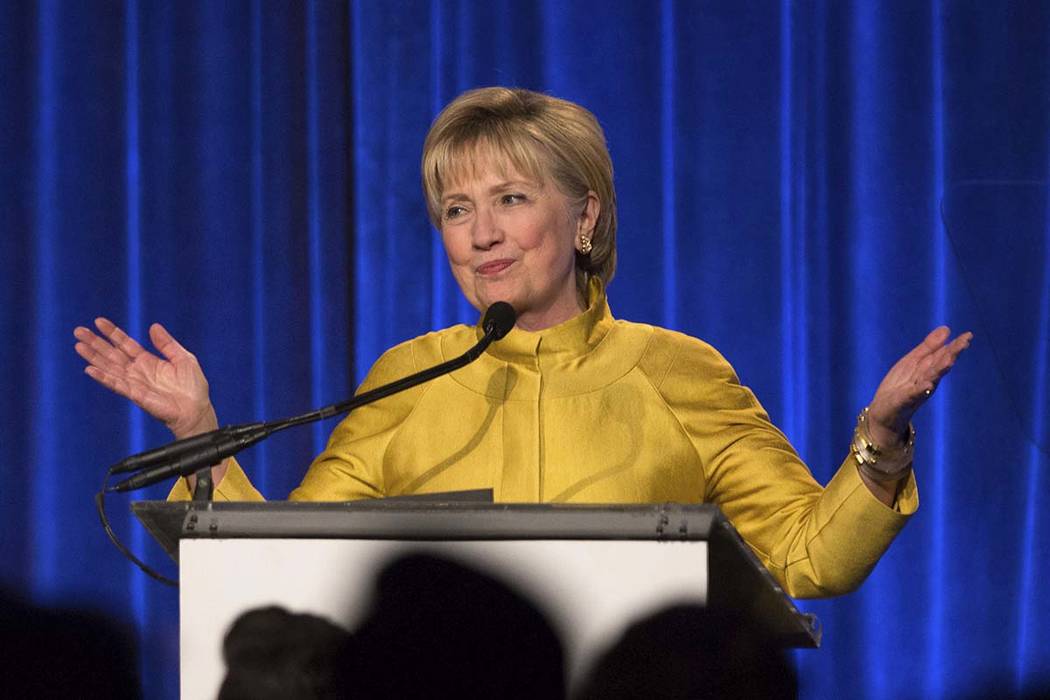 Hillary Clinton's campaign and the Democratic National Committee are accused in a federal lawsuit of illegally funneling millions to state parties that sent the money back to the DNC to support Clinton. (Kevin Hagen/AP)

Nevada’s Democratic Party could be pulled into a federal lawsuit that alleges the Hillary Clinton campaign and Democratic National Committee illegally funneled millions to state parties that sent the money back to the DNC to support Clinton.

The scheme was designed to circumvent campaign contribution limits, said Dan Backer, a Virginia campaign finance attorney who filed the lawsuit. Backer represents the Committee to Defend the President, a pro-Donald Trump political action committee that first filed a complaint with the Federal Election Commission in December.

“You had individuals giving $300,000,” Backer said Friday. “They’re not doing it because they care about Nevada’s or Arkansas’ state party. They’re doing it to curry favor with and buy influence with Hillary Clinton.”

Backer said the FEC failed to take action before a required deadline, prompting the lawsuit. Up to 40 state parties could be involved in $84 million worth of money transfers, Backer said.

According to records provided by Backer, the Hillary Victory Fund reported transferring more than $1.7 million to the Nevada Democratic Party between December 2015 and November 2016. But the party only reported receiving $146,200, which it transferred to the DNC.

The remaining $1.6 million was sent by the Hillary Victory Fund to the Nevada party and received by the DNC and never appeared on the Nevada party’s reports, Backer said.

The high school principal’s 10-point plan focuses on preventing school violence and requiring active shooter training for educators. He proposes using federal funds to harden security infrastructure at schools and to add one social worker to all elementary and middle schools and two workers at high schools.

The plan, according to Anzalone, is “very feasible using federal funds and a lot of common sense.”

— The Republican National Committee and Nevada Republican Party will host get out the vote phone bank from 2 to 3 p.m. Tuesday at 6268 S. Rainbow Blvd., Suite 105 in Las Vegas.

— The Color of Change PAC endorsed Robert Langford for Clark County District Attorney, saying he is “progressive, reformed-minded and committed to transforming the criminal justice system.”