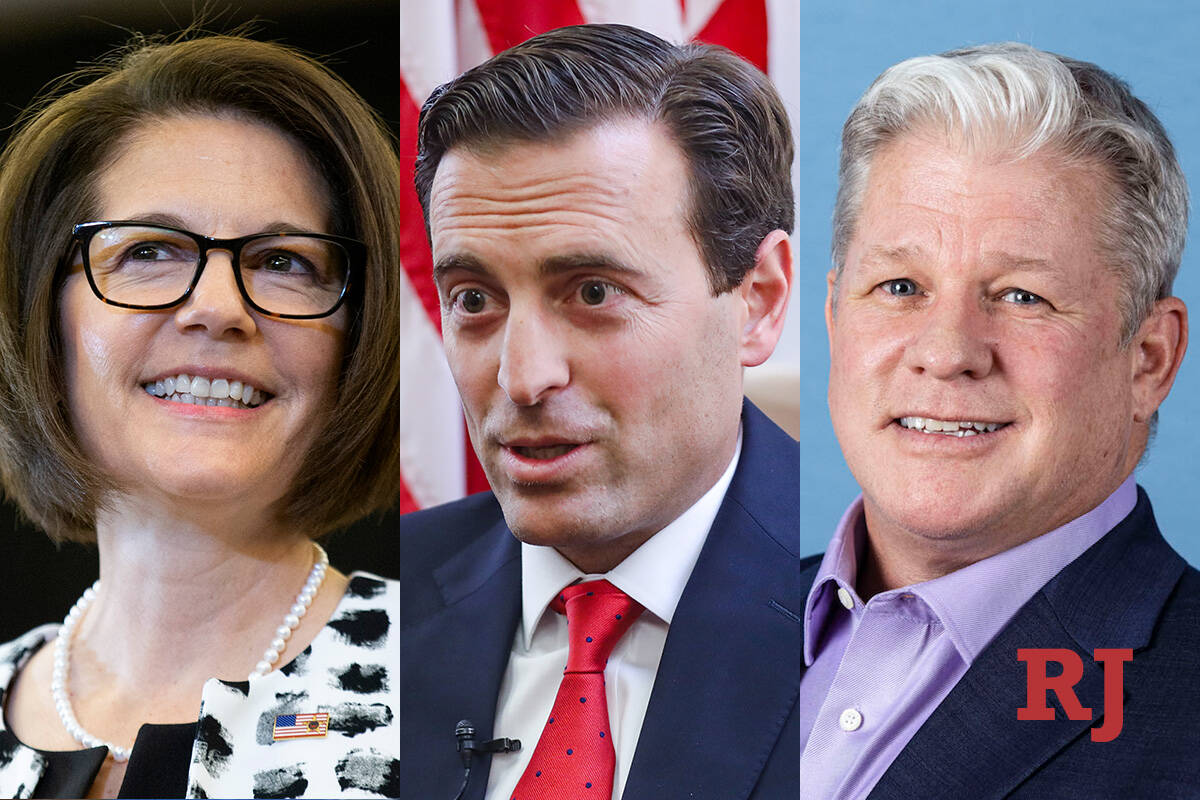 U.S. Sen. Catherine Cortez Masto is facing one of the toughest re-election bids among Democratic incumbents in a race that will play a significant role in determining which party controls the upper house of Congress heading into the second half of President Joe Biden’s first term.

Republican challenger Adam Laxalt, the grandson of former Nevada governor and Sen. Paul Laxalt, has mounted a well-funded challenge for the seat, and polling in the race has shown it to be virtually a dead heat.

Both Cortez Masto and Laxalt previously served as Nevada attorney general, but similarities between the two all but end after that. Laxalt has focused his campaign on economic issues and inflation and gone after Cortez Masto for support of President Joe Biden’s spending packages. Cortez Masto, meanwhile, has hammered Laxalt over his anti-abortion stances and his role in promoting unsubstantiated claims of widespread voter fraud during the 2020 election.

There are also three minor-party candidates on the ballot this year: nonpartisan Barry Lindemann, Independent American Party candidate Barry Rubinson and Libertarian Neil Scott. Scott could not be reached for an interview for this story.

Cortez Masto said in an interview with the Review-Journal that she is hoping to build upon her work in the Senate over the past six years, where she serves as Senate Energy and Natural Resources Committee subcommittee chair and is a member on the Senate committees on banking, finance and Indian affairs.

The senator pointed to the provisions in the Inflation Reduction Act aimed a lowering prescription drug prices and creating jobs in the green energy sector as ways the legislation will lower costs.

“I’ll keep working in the Senate on legislation like this that strengthens our economy and makes life easier on Nevadans,” she said.

She was one of four Western senators who helped secure $4 billion in last-minute funding to address the worsening drought and water crisis in the Inflation Reduction Act. That money is expected in part to pay farmers to leave fields unplanted and fund conservation projects.

Cortez Masto said that while those funds will help in the short run, they aren’t enough to address the long-term effects of the 22-year drought that has gripped the Southwest.

“It’s an incentive to focus on what we need to do in the long-term,” she said.

Cortez Masto recently disagreed with President Joe Biden about his student loan forgiveness decision and his decision to lift the Trump-era immigration policy known as Title 42, a move which she has said “is not good policy.”

“There’s a way to fix our immigration system and secure our borders,” Cortez Masto said, adding that she wants to work to ensure the funding needed to do so.

Laxalt served one term as attorney general before running unsuccessfully for governor in 2018. Laxalt did not agree to an interview for this story.

In previous interviews and written responses to a Review-Journal questionnaire, he said he is running because “leftist leadership is taking us dramatically in the wrong direction.”

Laxalt has heavily criticized Cortez Masto for her support of the Biden spending bills such as the Inflation Reduction Act, arguing that they have driven up inflation and costs for Americans.

“Inflation — both related to COVID and non-COVID spending in Washington — is a threat to both the American economy and the global economy because it endangers the U.S. dollar’s status as a reserve currency,” he wrote in response to a Review-Journal questionnaire.

Abortion protections quickly became a major campaign issue after the conservative majority on the U.S. Supreme Court in June overturned the Roe v. Wade decision and allowed for states to outlaw abortions. The majority of abortions are now banned in at least 13 states, according to The New York Times.

The decision made no immediate impact on Nevada, where voters in 1990 approved a referendum to allow abortions up to the 24th week of pregnancy. That law can be undone only by another vote of the people, or if Congress were to pass a federal abortion ban that would supersede Nevada’s law, such as the one introduced by U.S. Sen. Lindsey Graham, R-S.C., in September that would outlaw abortions after 15 weeks.

Regarding his stance on abortion, Laxalt wrote in an opinion piece in the Reno Gazette Journal that abortion restrictions should be decided on a state-by-state basis.

Laxalt has been one of the most vocal promoters of unsubstantiated claims of widespread voter fraud in Nevada after the 2020 election. Serving as the Trump campaign’s co-chair in Nevada, Laxalt cast doubt on election security in the state and criticized Democrats for passing a new election law on a party-line vote amid the pandemic.

In August 2021, he told a news radio host that he would look at pre-emptively filing lawsuits to challenge the state’s election systems ahead of the 2022 elections.

Barry Lindemann,a 57-year-old nonpartisan candidate, is running for the seat over concerns about water management in the West and along the Colorado River.

“The issue is the whole river system. There has to be a universal approach to how the water is used. Nobody, from what I can tell, has done anything about this, and it’s time,” Lindemann said in an interview.

“Let the market decide what the costs are and then deregulate and reduce the size of government,” he said.

Lindemann wants to further address student loan debt by resetting all federal student loans down to a 2.5 percent interest rate, which would make for smaller, more manageable payments, and forgiving all penalties for late payments.

“The government’s policies are responsible in a big way for the way the economy is,” Lindemann said. “Why are you penalizing (students) on top of that if the government put you into a crappy economy?”

Independent American Party candidate Barry Rubinson, a 77-year-old retired software designer, said he believes that Democrats and Republicans have strayed too far from the center.

He said he wants to see rational policy to address global warming, believes that federal spending needs to be reduced and wants to rein in dark money spending by big corporations on elections.

Rubinson said that his party favors states’ rights, but he’s open to federal legislation when it comes to abortions. He said he is worried that some states are going too far in restricting access to abortions, while others are moving to make their abortion laws too liberal.

“If something does get enacted into federal law, I’d like to see limitations on late-term abortions to real medical problems,” he said.