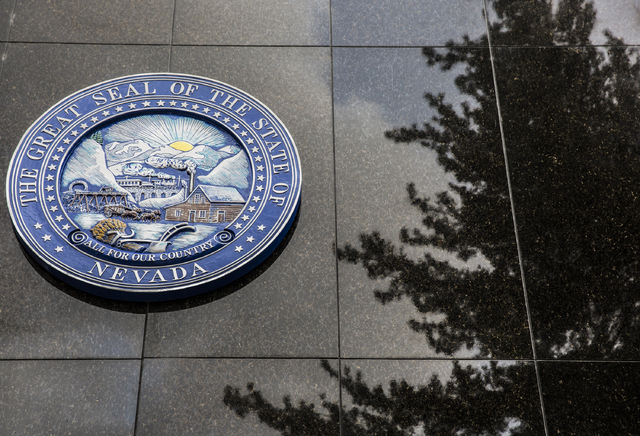 The Nevada State Seal on the north side of the Legislative Building on Thursday, Feb. 9, 2017, in Carson City. (Benjamin Hager/Las Vegas Review-Journal) @benjaminhphoto 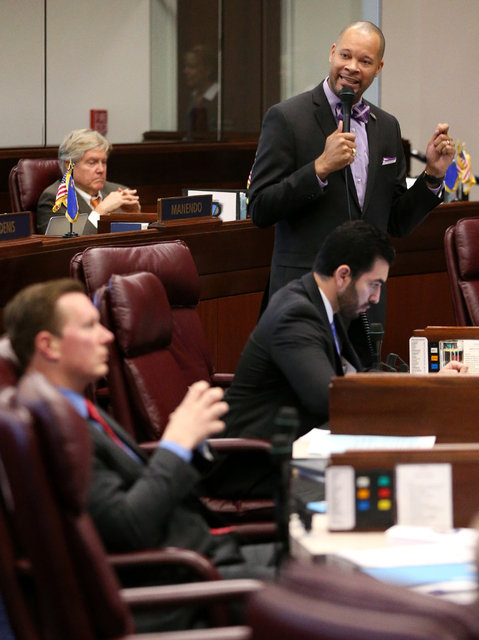 CARSON CITY — Labor groups squared off with critics Wednesday over a Democrat-backed bill to roll back prevailing wage thresholds passed by the Republican-controlled 2015 Legislature.

Assembly Bill 154 would lower to $100,000 the threshold for when prevailing wages must be paid on school construction projects. Senate Bill 119 in 2015 raised that limit to $250,000. It also said school districts and the Nevada System of Higher Education are only required to pay 90 percent of prevailing wages on those projects.

Assemblyman Chris Brooks, D-Las Vegas, told members of the Assembly Committee on Government Affairs the $250,000 threshold is “incredibly high” and reducing it would bring Nevada back to par with other states.

Opponents of the bill argued it hurts taxpayers.

“This bill makes it more expensive to build schools,” said Tray Abney with the Reno-Sparks Chamber of Commerce.

Supporters of the bill also said paying 90 percent of prevailing wages has made it difficult for contractors to find workers in Nevada’s tight labor market because the 10 percent cost savings come out of workers’ paychecks.

“That doesn’t sound like much, but it’s huge for the workers on a project,” said Todd Koch, president of the Building and Construction Trades Council of Northern Nevada.

The bill would also apply to charter schools, which previously were exempt from prevailing wage requirements because they do not receive separate funding for buildings.

Pat Hickey, executive director of the Charter School Association of Nevada, argued most charter schools are in leased buildings where the landlord is responsible for upkeep.

Warren Hardy with Associated Builders and Contractors said his organization isn’t opposed to prevailing wages, but rather how they are calculated. He said Nevada’s prevailing wages are based on union rates that are typically higher.

“The overwhelming majority of small, minority or women-owned businesses are nonunion,” Hardy said, adding that because of prevailing wages, many are unable to compete for public projects.

The committee took no action on the bill Wednesday.