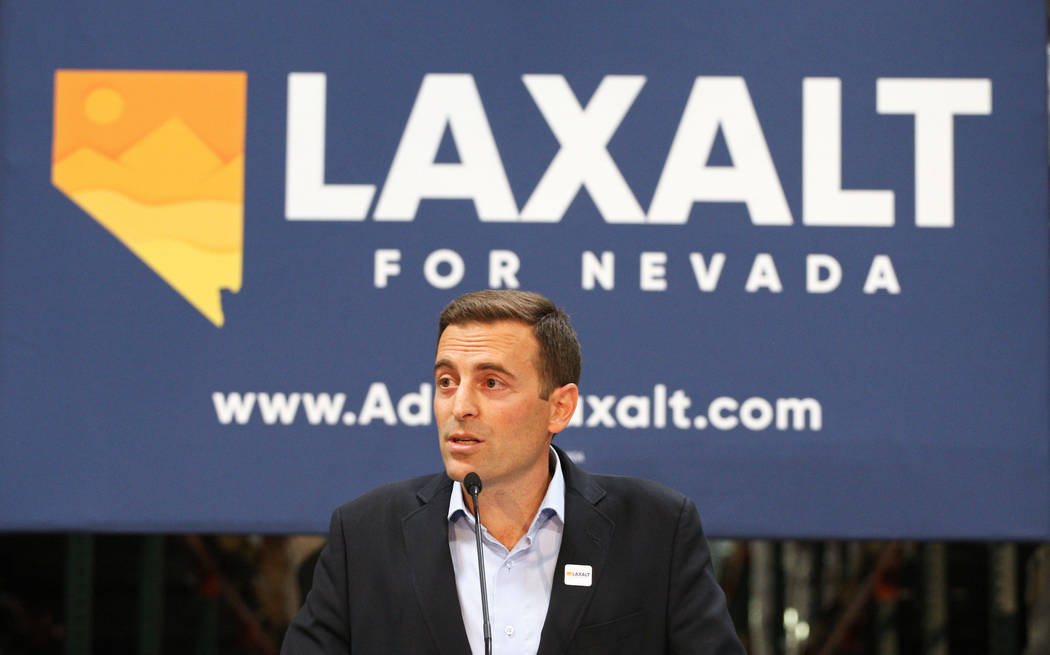 Nevada Democrats want to see what talks Attorney General Adam Laxalt had leading up to his controversial vote against pardoning a man who spent two decades in prison for a murder he did not commit.

The state Democratic Party has sought copies of communications sent to or from Laxalt or his chief of staff Nicholas Trutanich from Jan. 1 to Nov. 20 that involve the Nevada Board of Pardon Commissioners hearing this month in which Fred Steese was granted a full pardon, a public records request filed Tuesday shows.

Nevada Democratic Party spokesman Stewart Boss said the party wants to see whether there are records that would shed light on how Laxalt came to his decision to vote “no.”

The party also wants to know why Laxalt tried to abstain from casting the vote initially and whether the decision was politically motivated given that Laxalt, a Republican, is running for governor next year, Boss added.

Steese, whose case was highlighted in the ProPublica story published in May, was pardoned earlier this month by the Nevada Board of Pardon Commissioners after spending more than 21 years in prison for a 1992 murder he did not commit.

Gov. Brian Sandoval and all seven Nevada Supreme Court justices on the board voted yes. Laxalt tried to abstain from voting, but Sandoval denied the request. Laxalt cast the lone “no” vote in Steese’s pardon.

Steese was convicted in 1995 for the murder, and was sentenced to life in prison. But his lawyers argued that he was not in Nevada, but Idaho, when the murder happened, and Steese maintained his innocence as he continued to fight the conviction.

In 2012, District Judge Elissa Cadish declared Steese innocent. But to be released from prison, he signed what’s known as an Alford plea. The deal granted Steese his freedom, but still counted him as a convicted killer under the law.

Laxalt told the Las Vegas Review-Journal the day after the vote that he relied on a report from Clark County District Attorney Steve Wolfson’s office in making his decision.

In a statement, Assemblyman William McCurdy, the Nevada Democratic Party chairman, lambasted Laxalt’s handling of the vote, saying the attorney general was either “completely unprepared for this Pardons Board hearing, or he was posturing for political purposes.”

“Based on the Attorney General’s inaccurate and defensive statements in recent media reports, Adam Laxalt does not have a believable explanation for how he arrived at a different conclusion from Governor Sandoval, all seven justices on the Nevada Supreme Court, investigative journalists and even the murder victim’s family,” he added.

A spokeswoman for the attorney general’s office said the request had been received and would be addressed as all records requests are.