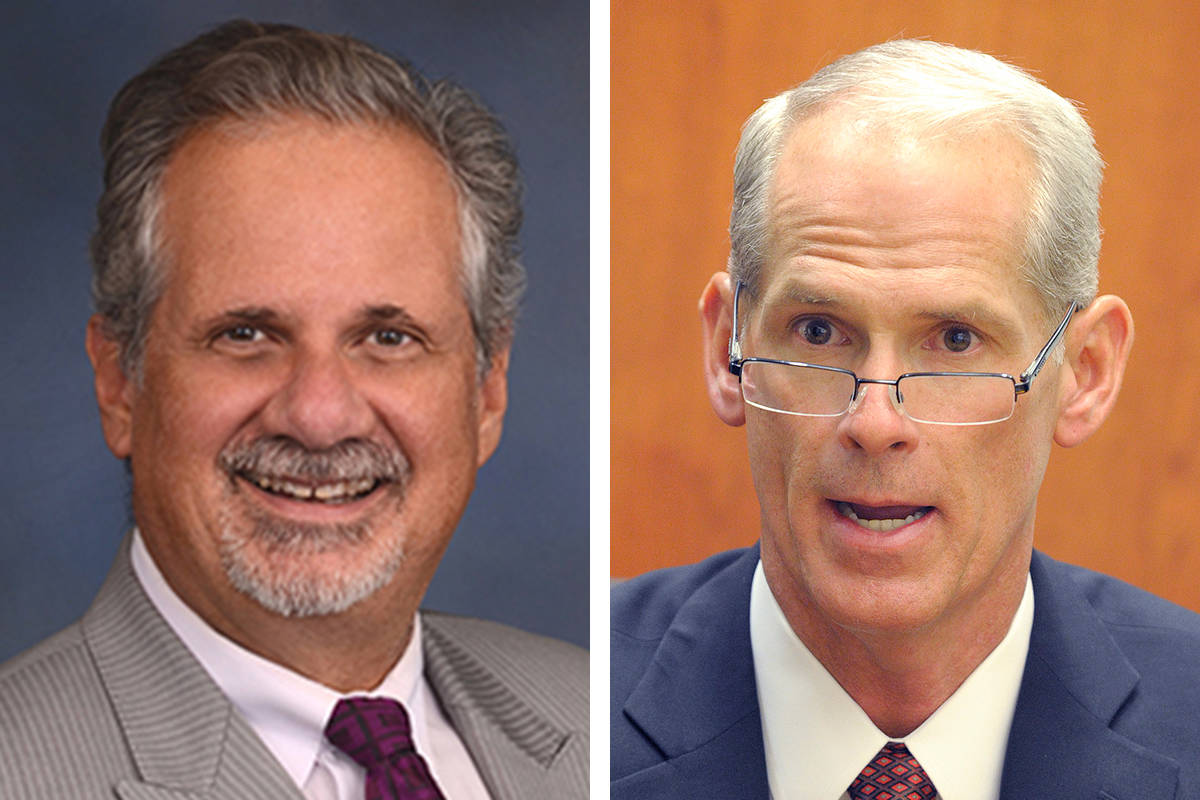 Nevada voters elected a new justice to the state’s highest court, while a judge on the Court of Appeals was leading in the race to keep her seat, according to unofficial election results.

Herndon said he was “incredibly humbled and appreciative” that people entrusted him with their vote.

The judge, who has served in a lower court for 15 years, and Fumo fought a sometimes-heated battle to become the newest Supreme Court justice, raising more than $1 million combined.

Once on the bench, Herndon said he hoped to work toward resolving cases more quickly.

“I believe you can always find more efficiencies within the justice system,” he said.

Separately, Bonnie Bulla, one of three judges on the Nevada Court of Appeals, had nearly 43 percent of the vote, with challenger Susan Bush collecting about 36 percent.

Herndon raised nearly $777,000 for his campaign, while Fumo collected more than $336,000, according to the latest figures available from the Nevada secretary of state’s website.

Fumo congratulated Herndon and called their dueling campaigns “a race well run.” Fumo pointed to his “equal justice under the law” slogan and said, “I hope (Herndon) takes that with him and he represents all Nevadans.”

The winner of the Supreme Court race will fill the seat being vacated by Justice Mark Gibbons.

Herndon was appointed to the District Court bench in 2005. He was licensed in the state in 1991.

Bulla, who was appointed to the bench by Gov. Steve Sisolak last year, faced opposition, while neither of the two other judges on the appellate court was up for election this year.

A former Clark County District Court discovery commissioner, Bulla has promised to “apply the law fairly and impartially.” She held that job for 12 years, responsible for resolving pretrial arguments about procuring and sharing evidence between attorneys in civil cases.

MOST READ: POLITICS & GOVT
1
Next stimulus payments could be days away