If you are having problems accessing today’s e-Edition, please click on this link VIEW E-EDITION
By SEAN WHALEY LAS VEGAS REVIEW-JOURNAL
November 17, 2016 - 3:35 pm 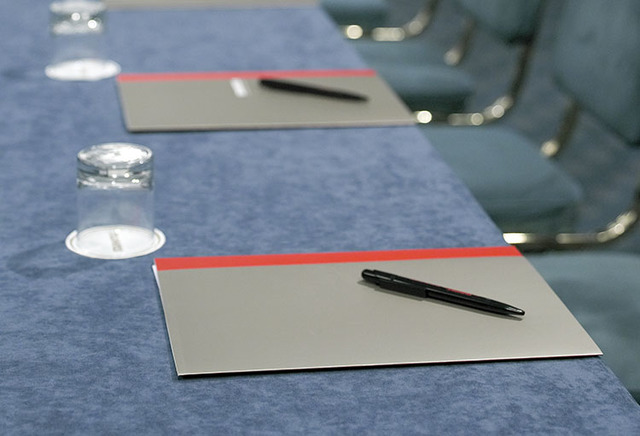 CARSON CITY — The financial health of Nevada’s public employee pension improved in fiscal year 2016, with the funded ratio increasing to 74.1 percent from 73.2 percent the prior year.

The actuarial valuation report for the Public Employees’ Retirement System (PERS) was reviewed and approved Thursday by the seven-member board that oversees the plan. The report was prepared by Segal Consulting, an independent actuary contracted by PERS to do the analysis.

The board’s recommendation will be forwarded to Gov. Brian Sandoval and the Nevada Legislature with an implementation date of July 1, 2017. State law obligates the Legislature to adopt the contribution rates approved by the board.

“It’s working the way we expected,” said Tina Leiss, executive officer of PERS. “The contribution rates are stable and the funded ratio is increasing.”

The funded ratio, which compares a pension system’s total assets to its liabilities, has been improving for the past several years. It was at 69.3 percent in fiscal year 2013, below the 70 percent that investment researcher Morningstar considers the threshold for fiscally sound funds. But it remains well below its best performance of being 85 percent fully funded in 2000.

Funding ratios are important for the long-term health of a public pension plan. Plans that do not meet their funding goals face options of increasing mandatory contributions, which include public tax dollars, improving investment returns or reducing benefits to remain solvent.

Nevada’s pension fund saw a 2.3 percent return on its investments in 2016, below the long-term target rate of an 8 percent return but among the top performing funds in the country.

The Washington D.C.-based think tank the Urban Institute in 2014 gave Nevada’s pension plan an overall C grade. The plan got a B grade for making the required retirement contributions, but a D grade for its funding ratio. The average funding ratio for all states was 74 percent in its 2014 report.

An effort in the 2015 Nevada Legislature to make a fundamental change to the retirement plan going forward to shift it to more of a 401(k) type defined contribution plan used by private employers was unsuccessful. The plan is now a defined benefit plan where retirees receive a set pension based primarily on salary and years of service.

The PERS fund was worth $35 billion through June 30. It has 103,000 active members as of the end of fiscal 2015. The plan covers nearly all state and local government employees in Nevada, including public school teachers.