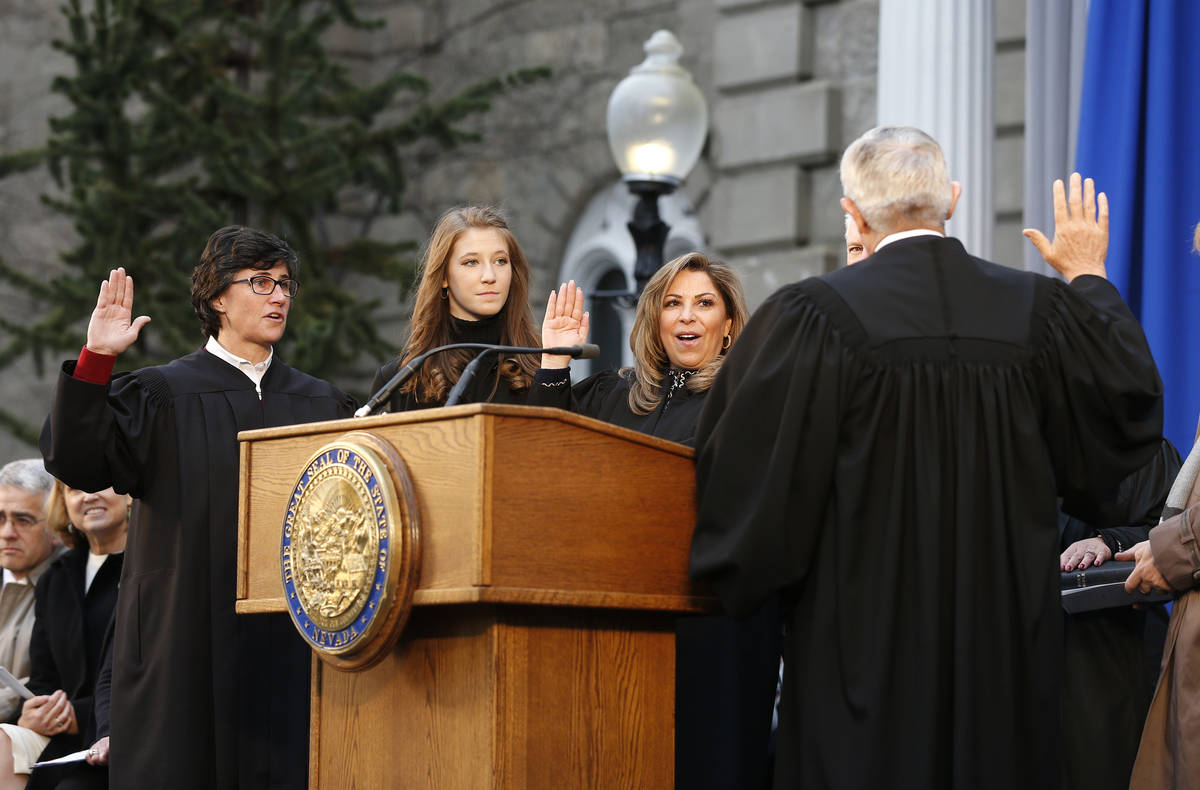 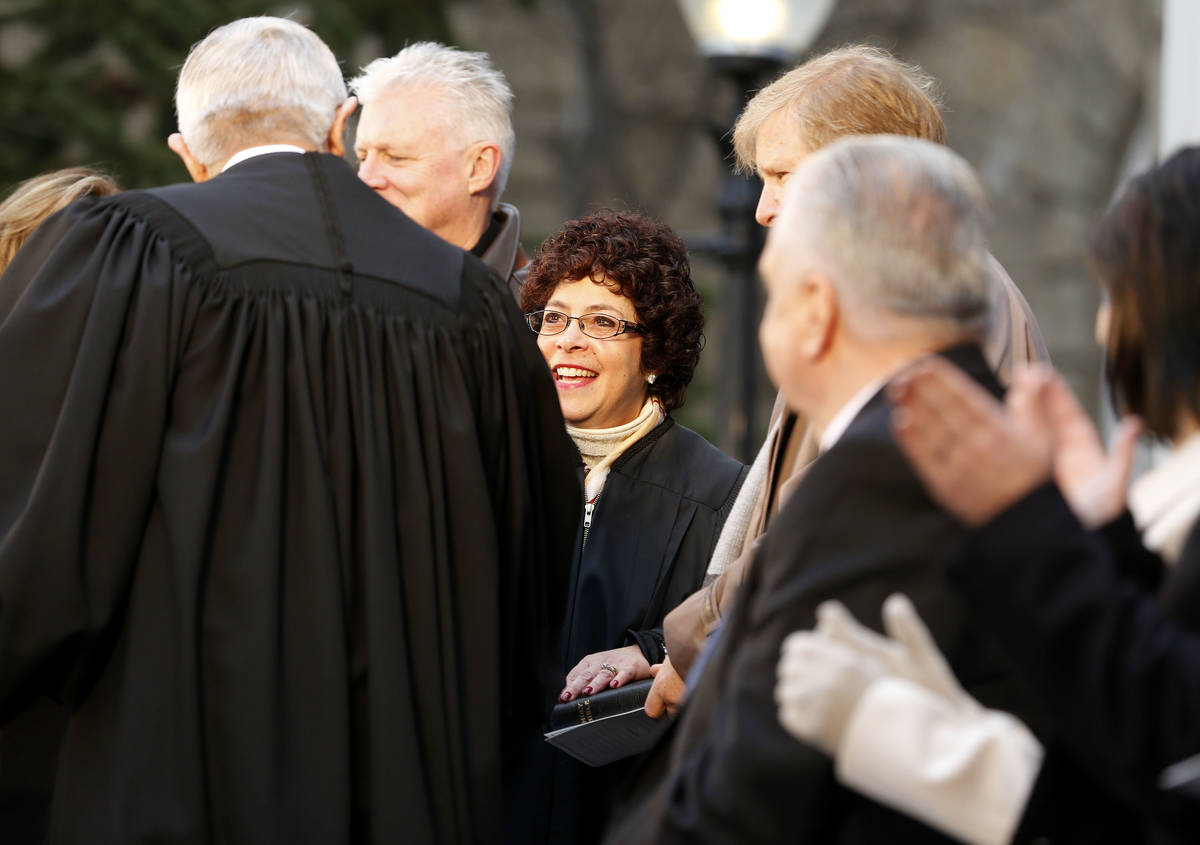 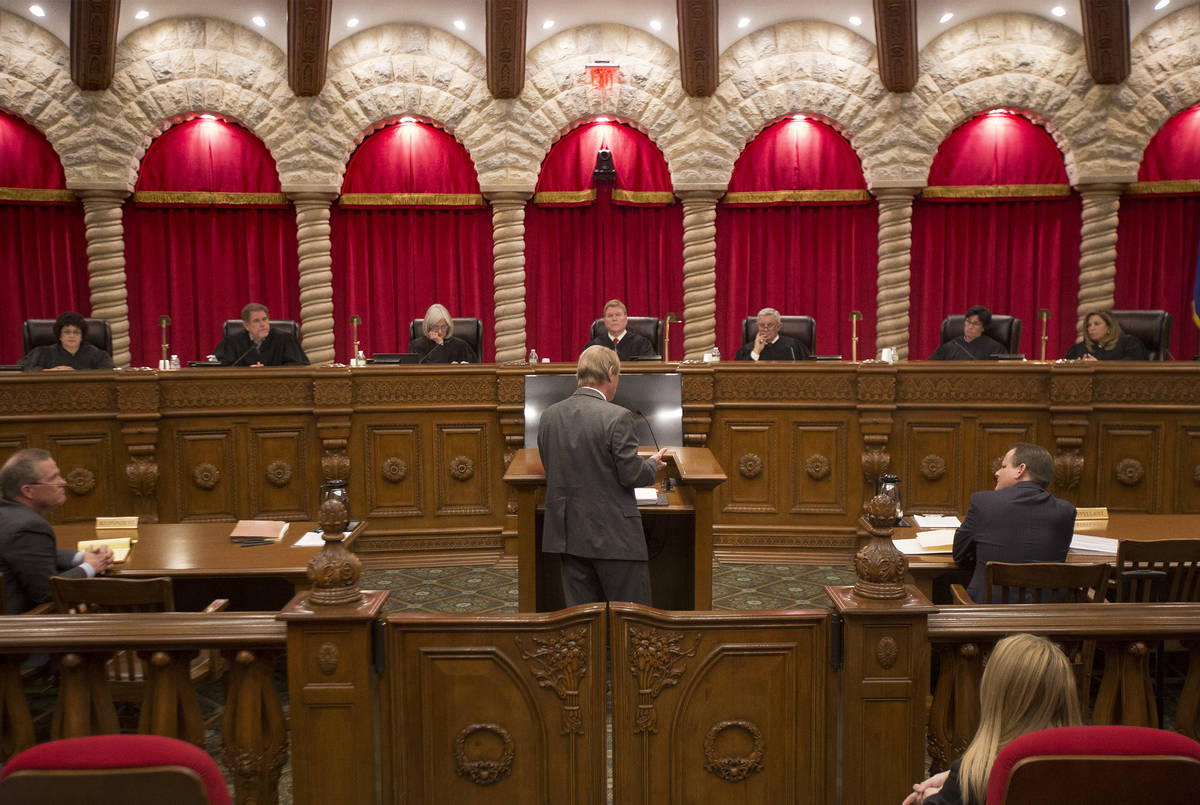 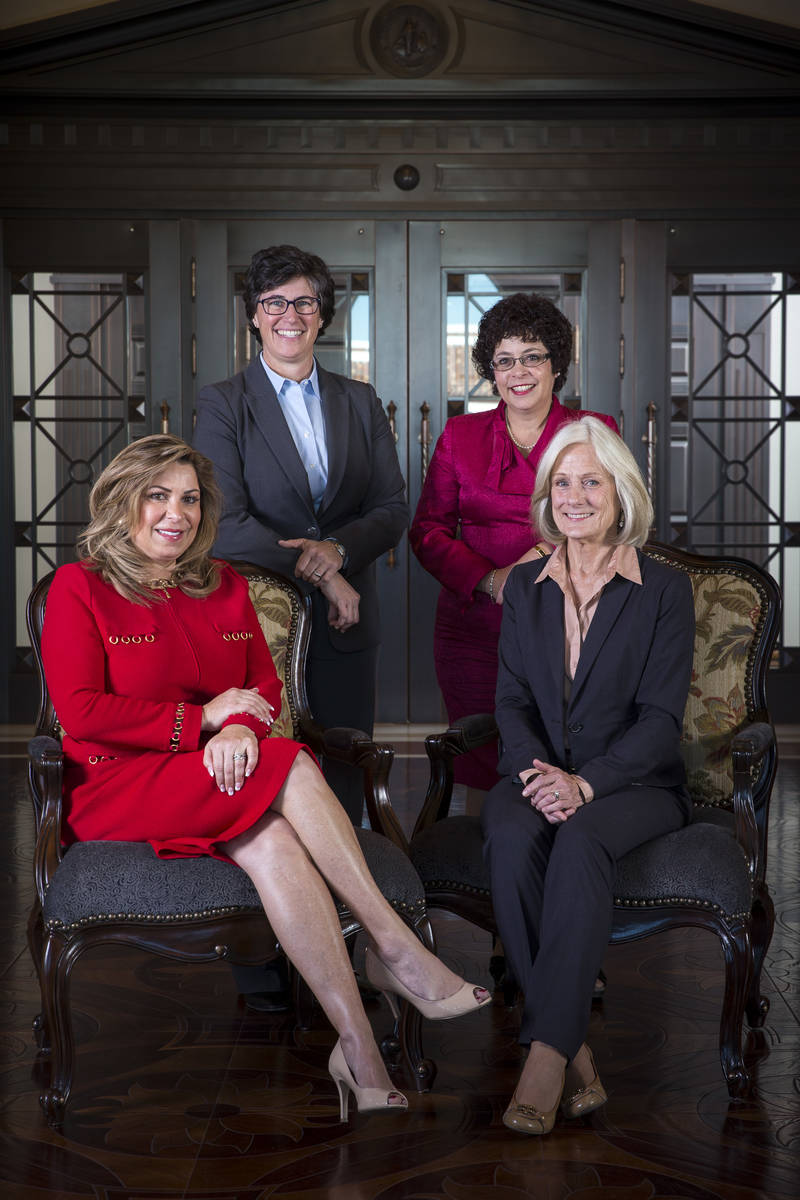 U.S. Supreme Court Justice Ruth Bader Ginsburg was a giant to a generation of women.

In Nevada, she was also a hero to the four women who now serve on the state’s historic, female-majority high court, which heard its first arguments in January 2019. Calling her an ‘icon’ and a ‘trailblazer’ for women, each reflected this week on Ginsburg’s enduring legacy.

Justice Elissa Cadish, elected to the Nevada Supreme Court in 2018, called Ginsburg an “amazing role model” who was “not afraid to stand up for what she believed in.”

“And while all of that is so important — that can’t be overstated — it’s also important, from my perspective that she had a great, long-term, successful marriage, and raised her children, and had great relationships with her colleagues — even the ones she had strong disagreements with about cases, like Justice (Antonin) Scalia.”

“And so she’s, to me, the ultimate embodiment of what it looks like for a woman to have it all — to have the huge, successful career, and great relationships and family. And it’s really a great loss that she’s passed.”

Justice Abbi Silver, also elected to the bench in 2018, said in a statement that, “I am convinced that I would not be in the position I am in today — as a Nevada Supreme Court Justice — had it not been for Ruth Bader Ginsburg.”

“When you consider the discrimination RBG endured while attending male-dominated law schools and trying to fit into a male-dominated legal field at the time, you can easily recognize what an extremely courageous and strong human being RBG was.”

Chief Justice Kristina Pickering, elected to the bench in 2008, called Ginsburg a “trailblazer.”

“She accomplished so much as a lawyer, to grant women equal rights under the law. She carried that battle forward. And then, when she was appointed to the bench, she distinguished herself — first as a Court of Appeals judge, then as a Supreme Court justice — by her unbelievable work ethic and her passion for justice.

“She truly was a leader for women and for the law, and she worked unbelievably hard, and held herself to such high standards, that all of us are in her debt.”

Justice Lidia Stiglich, appointed to the bench in 2016 and retained in 2018, said she was “heartsick” over Ginsburg’s death.

She described Ginsburg as “a diminutive person who was such a towering individual for women.”

“I was sad for us — for our whole country — at that loss. … She was just a wonderful justice, and a wonderful human being, and we’re all richer as a country for having had her contributions.”

Pickering said she didn’t expect it.

“She seemed indomitable, and I knew she was in ill health. But I was shocked that her hour had come on that day and that time.”

Silver in her statement said that “As citizens, we owe her a great debt of gratitude for her relentless pursuit of equality in the law. RBG will forever be my hero.”

Stiglich said news of Ginsburg’s death came first over the radio as she was driving with her family. She described pulling over to collect herself, with her 15-year-old daughter in the backseat.

“I think, for women of our generation, that was probably like the Kennedy moment for a lot of our parents, or the Martin Luther King moment. For women of this time, she was just such an icon.”

In continued conversation, Stiglich recalled seeking advice from each of the U.S. Supreme Court justices in 2012, when she was appointed as a district judge in Washoe County, a position she held until she was appointed to the high court. She wrote to all nine and heard back from four, including Ginsburg.

Stiglich described that the day Ginsburg’s letter arrived, she walked into her chambers to find her entire staff surrounding it like it was the “Holy Grail.”

“I don’t think I’ve ever opened a piece of mail more carefully in my life,” Stiglich said.

In it, Ginsburg wrote: “Dear Judge Stiglich, Every good wish on your appointment to Nevada’s bench. As for advice, patience and a sense of humor help. And don’t forget how it felt when you were on the other side of the bench! In speaking and writing, aim for clarity so that others will grasp your meaning at once. May you thrive in the art of judging, Ruth Bader Ginsburg.”

The letter is now displayed in the lobby of her chambers, along with the other responses she received.

“I can’t imagine how much mail Justice Ginsburg had probably gotten, or how busy she was, or what weighty decisions she had each day,” Stiglich said. “But she took the time to respond and send me thoughtful and poignant advice that I have taken with me and will take with me throughout my career.”

On moving forward without RBG:

“But that was not the case when she was coming up, and she faced real personal challenges and putdowns for being a woman, and a mother, and yet she never let those embitter her. She worked to right those inequities. And that is a tremendous gift to young women, and to women everywhere.”

Cadish also acknowledged that Nevada has seen “a lot of progress by women.”

“But there’s still — even with those accomplishments — a long way to go. I still think that women in practice here are a minority, even though we have lots of women judges. And we still have a ways to go in increasing our diversity in terms of people of color, because I’m happy we have four women on our Supreme Court and three men, but we’re all pretty white. And so, that’ll be something that I hope we develop in time.”

Stiglich said that for women in Nevada, and throughout the country, “it’s different now. But we’re still not there.”

“I feel grateful that we had her,” Stiglich later added. “I mean, what a gift. She devoted her whole life to advancing others; to advancing a Constitution that includes everybody and a country that includes everybody. What an example she set. … And what an example she is to young women, who can now see themselves there, and see themselves contributing in that manner.”

Ginsburg lay in repose outside the U.S. Supreme Court on Wednesday and Thursday, a day longer than typical, so as to accommodate the many who were expected to come out and honor her.

On Friday, she will also lie in state at the U.S. Capitol — the first woman in history to be so honored, and a rare honor for a Supreme Court justice, only previously bestowed to William Taft, who served as chief justice between 1921 and 1930 after serving as president.

In a private ceremony next week, Ginsburg will be interred at Arlington National Cemetery, where her husband, Martin Ginsburg, was buried in 2010.