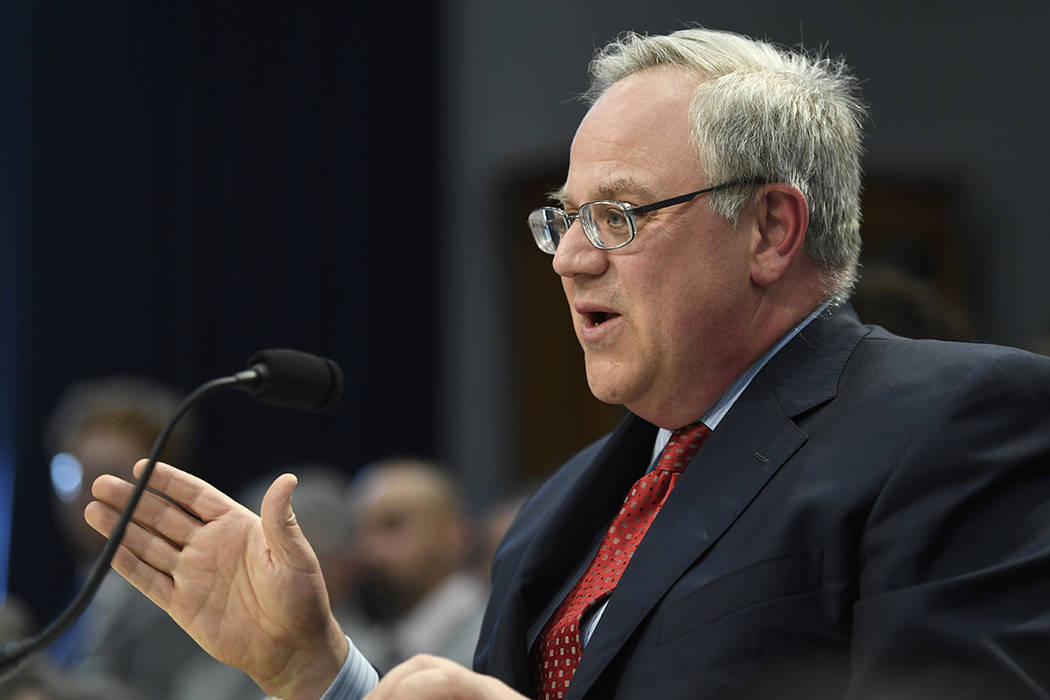 Forty-seven new projects will be funded as a result through the Southern Nevada Public Land Management Act, established by former Sens. Richard Bryan and Harry Reid, both Nevada Democrats, and then-Rep. John Ensign, R-Nev., in 1998.

The funding comes from the sale of public lands in the Las Vegas Valley, with the proceeds earmarked for improvement and conservation programs in the state and in the Lake Tahoe Basin of California.

“This program is a concrete example of the department’s continued commitment to being a good neighbor through increased recreation opportunities and access,” Bernhardt said in a statement.

The Trump administration and former Interior Secretary Ryan Zinke tried to slash the program in past years.

Trump’s first two budget blueprints called for cuts to the program. The administration then sought to take the funds, but that move was blocked by Congress.

Bernhardt’s announcement that funds would be released to Nevada entities or U.S. agencies to spend on projects in the state marks a significant turnabout for the administration, said Rep. Dina Titus, the dean of the state’s congressional delegation.

Titus had demanded that Zinke and Bernhardt release the funds collected under the program, which is administered by the U.S. Bureau of Land Management.

“I fought the Trump administration for two years to give us this money that is rightfully ours,” Titus said.

Titus said she would continue to defend the program for Southern Nevada “residents and visitors who chose to hike, swim and play in our parks and open spaces.”

Sen. Catherine Cortez Masto, D-Nev., hailed the decision. “I’m glad these long-overdue funds are finally being returned to the state and invested in projects that will make Nevada healthier and more sustainable,” she said.

Bernhardt called the announcement an example of the Interior Department “creating a legacy of conservation stewardship.”

The funds from land sales in the Las Vegas Valley will be used for a variety of programs and projects that include trail and habitat restoration, conservation, capital improvements and the purchase of environmentally sensitive lands.

Where the money will go

Entities that will receive money for projects include Clark County, the cities of Henderson, Las Vegas and North Las Vegas; Lincoln County, White Pine County, the Tahoe Douglas Fire Protection District, the U.S. Bureau of Reclamation, the Bureau of Land Management, the U.S. Forest Service, the U.S. Fish and Wildlife Service and the National Park Service.

The Interior Department noted that BLM will use $4.45 million of the funds to buy 419 acres of agriculture conservation easement on the historic Van Sickle Station Ranch near Genoa in Douglas County.

The purchase will protect local wildlife, migratory bird habitat, groundwater recharge and open space. In addition, the owner will donate two multi-use trail easements to provide the public with additional recreation opportunities, according to the Interior Department.

The BLM also will use $1.45 million in program funds to build between 40 and 65 miles of multi-use trails, trail heads, parking and campgrounds and camping areas in the Highland Range area of Lincoln County.

Lincoln County, the city of Caliente, the Nevada Division of State Parks, the University of Nevada Cooperative Extension, the Back Country Horsemen of America and the Wilderness Society and regional and local proprietors are part of the collaborative project.

Since the Act passed in 1998, the program has generated $3.6 billion for projects in the state that include the Red Rock Canyon National Conservation Area visitor center, renovation of Lorenzi Park in Las Vegas, public areas at Lake Mead National Recreation Area and landscape restoration in Eastern Nevada.

By law, the state of Nevada General Education Fund gets 5 percent of proceeds and the Southern Nevada Water Authority receives 10 percent, according to BLM.