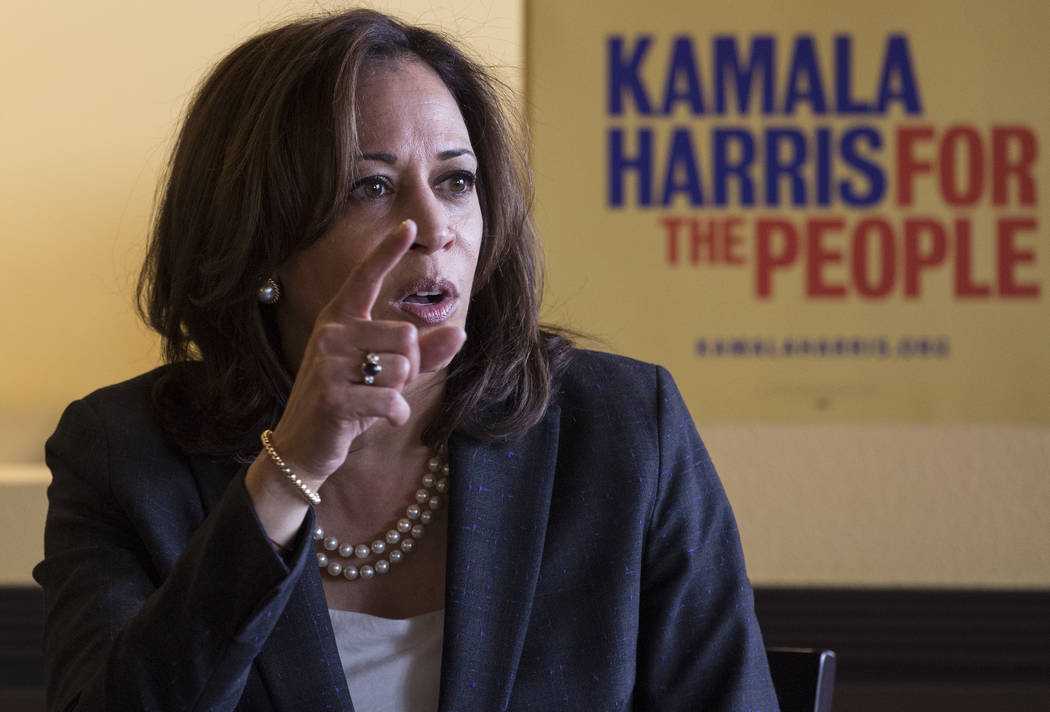 Presidential candidate Sen. Kamala Harris, D-Calif., addresses the audience during a meet and greet with One APIA Nevada at Orchid Vietnamese Restaurant on Thursday, May 16, 2019, in Las Vegas. (Benjamin Hager/Las Vegas Review-Journal) @BenjaminHphoto 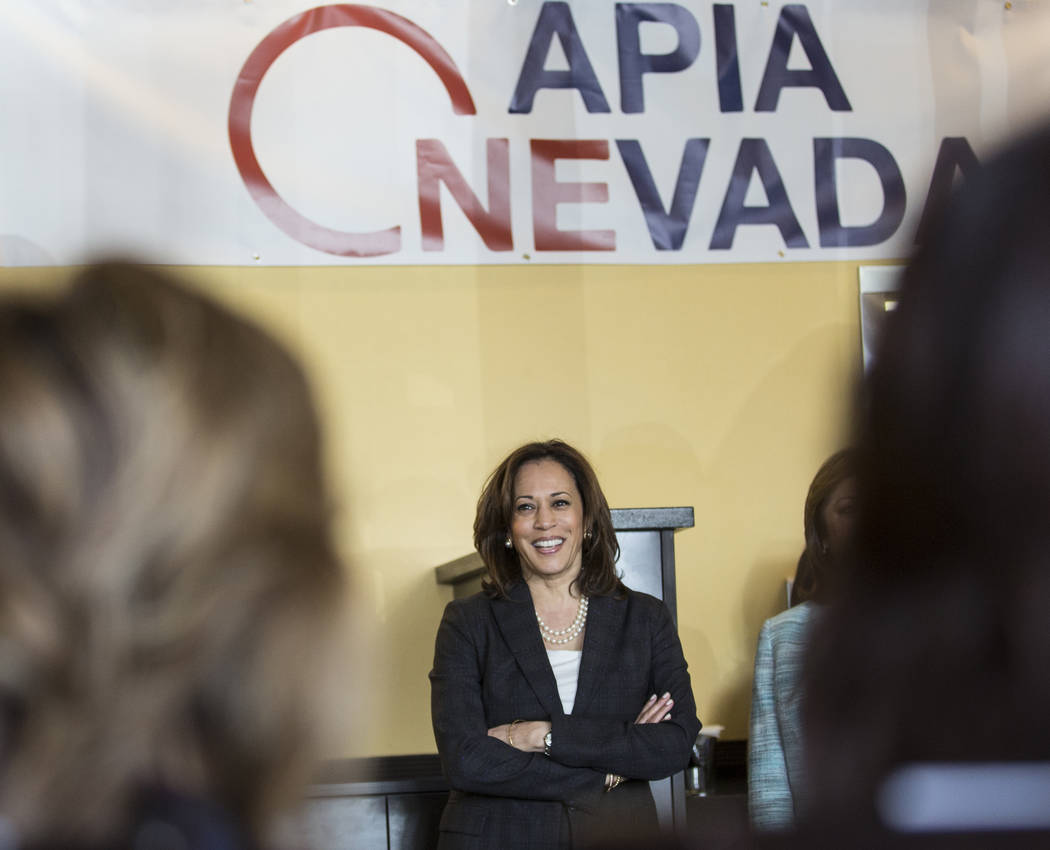 Presidential candidate Sen. Kamala Harris, D-Calif., waits to speak during a meet and greet with One APIA Nevada at Orchid Vietnamese Restaurant on Thursday, May 16, 2019, in Las Vegas. (Benjamin Hager/Las Vegas Review-Journal) @BenjaminHphoto

Helen Kalla, who most recently worked as Sisolak’s communications director, will serve in the same role for Harris’ Nevada campaign.

“I was honored to serve the people of Nevada and Gov. Sisolak during a historic legislative session where we accomplished so much for working families across the state,” she said in a statement. “I’m excited to continue fighting for Nevadans on the talented and diverse Kamala Harris for the People team and to share Kamala’s plan for America with Nevada caucus-goers — including giving teachers a well-deserved raise, taking bold executive actions to combat gun violence, and ensuring Nevada women get equal pay for equal work.”

Prior to working in the governor’s office, Kalla worked as the communications director for the Nevada Democratic Party during the 2018 campaign cycle. She also worked as press secretary for Hillary Clinton’s Florida campaign in 2016.

Natalie Tham will also join Harris’ team as data director. A former aerospace engineer in Washington, D.C., Tham started working in campaign data during the 2016 cycle and has since worked on campaigns in Virginia, Illinois and Pennsylvania.

Like many other Democratic presidential candidates, Harris, of California, has been a frequent visitor to the battleground Silver State since announcing her campaign, including a recent swing this month when she marched with fast food workers protesting for a $15 minimum wage, hosted an immigration roundtable and spoke to an event hosted by Emerge Nevada.