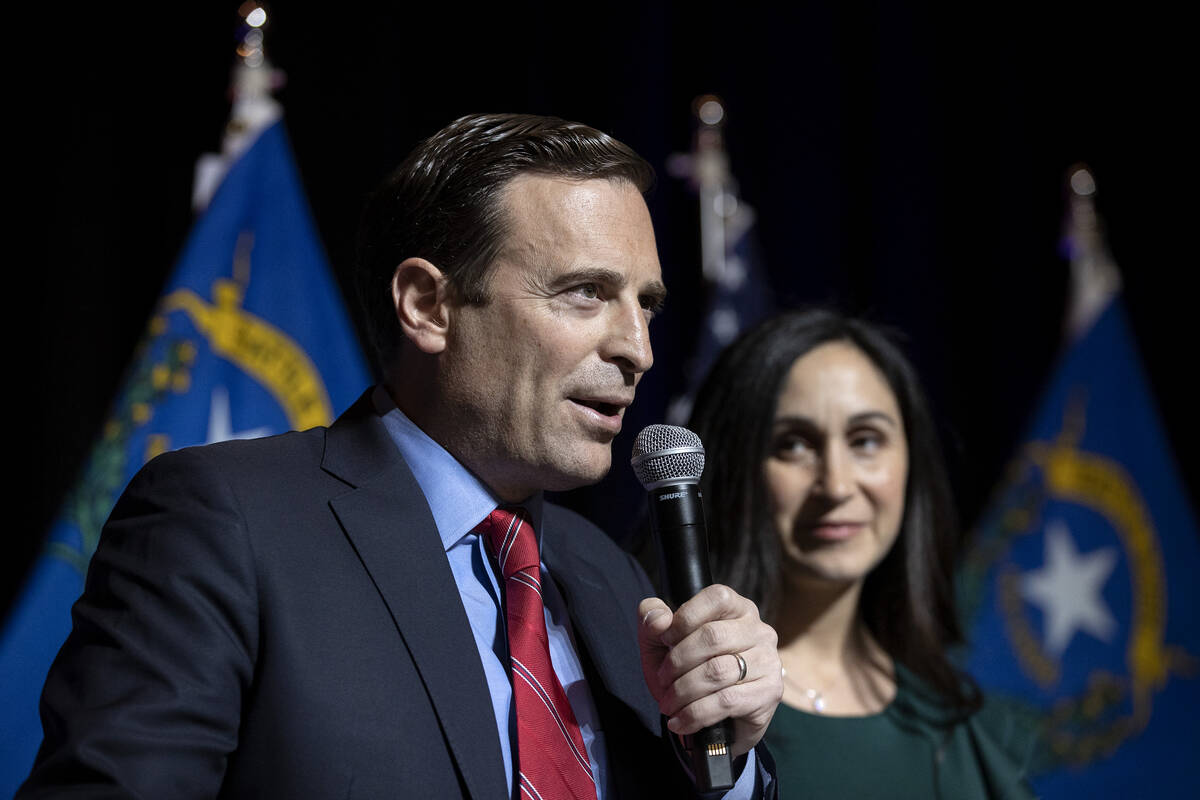 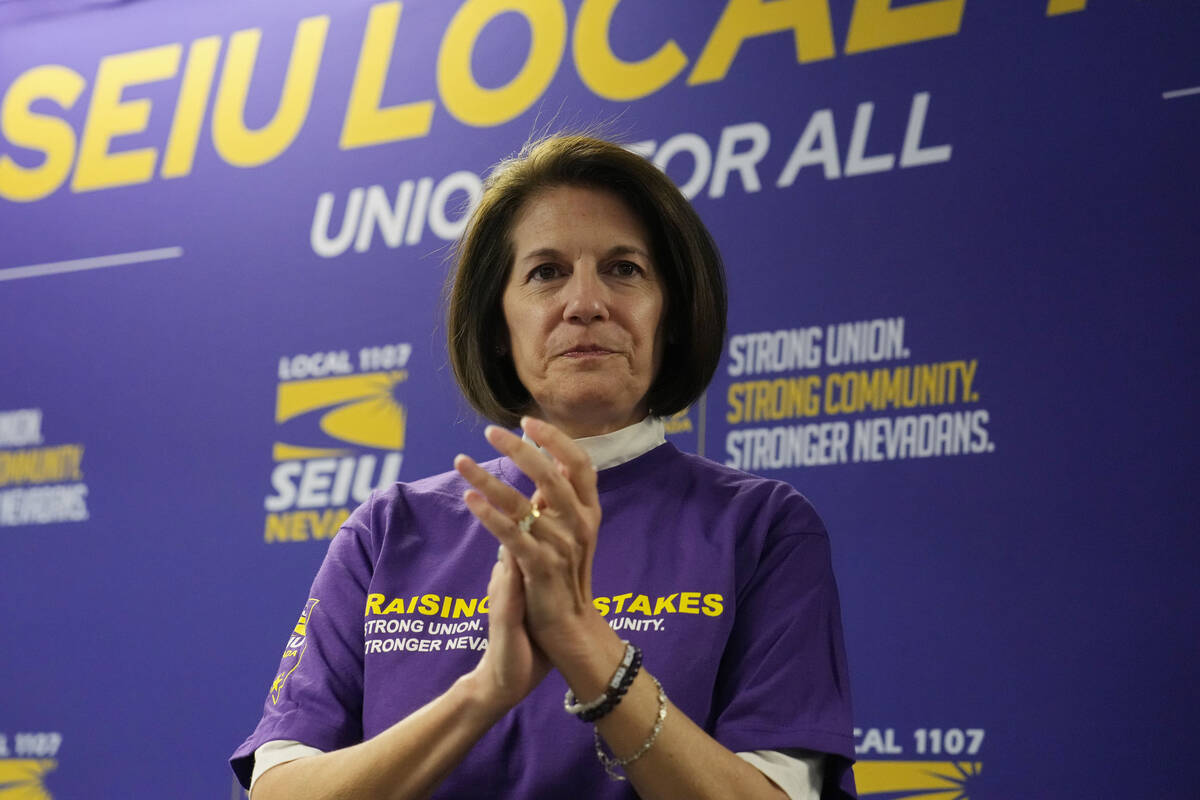 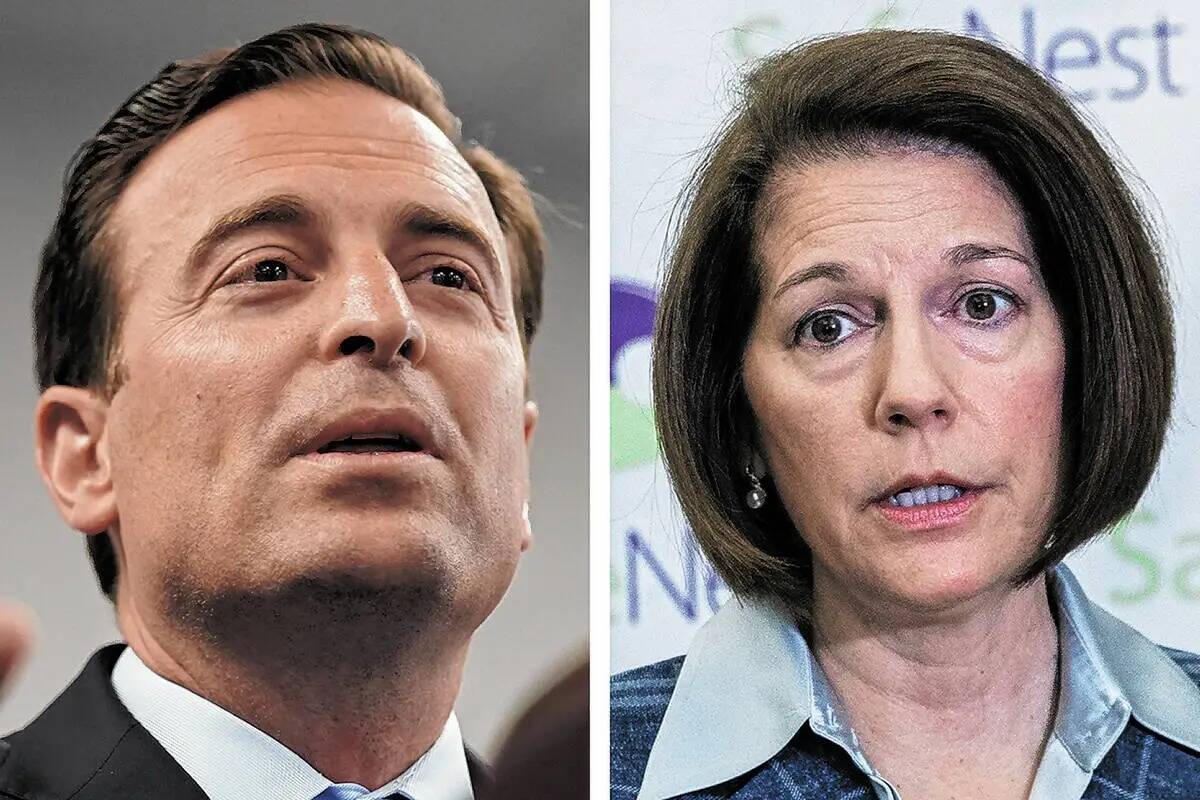 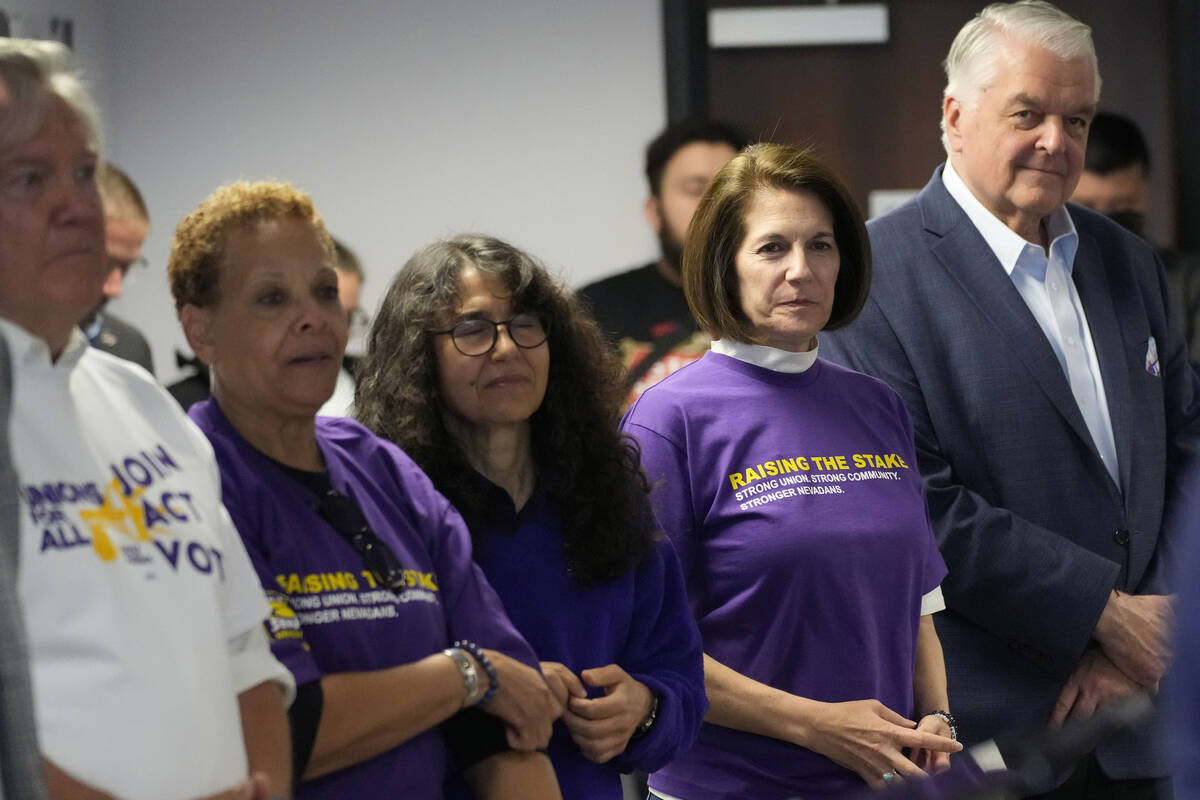 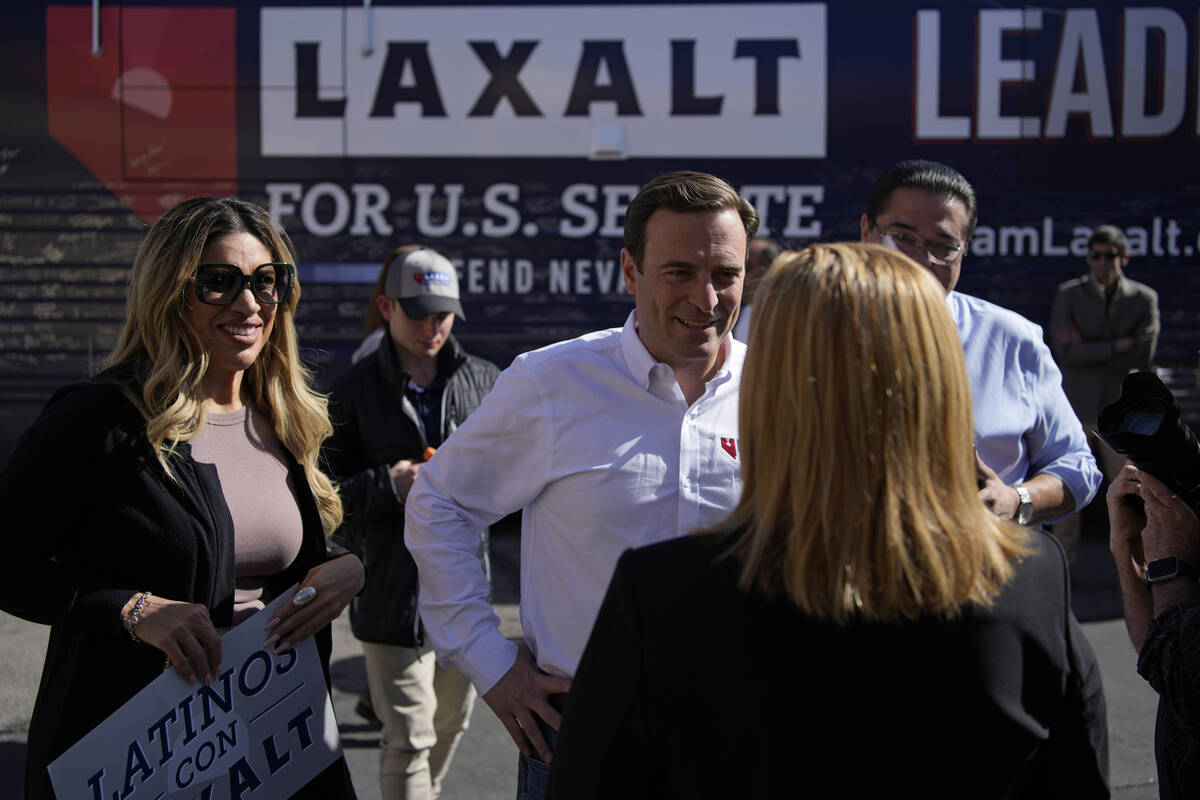 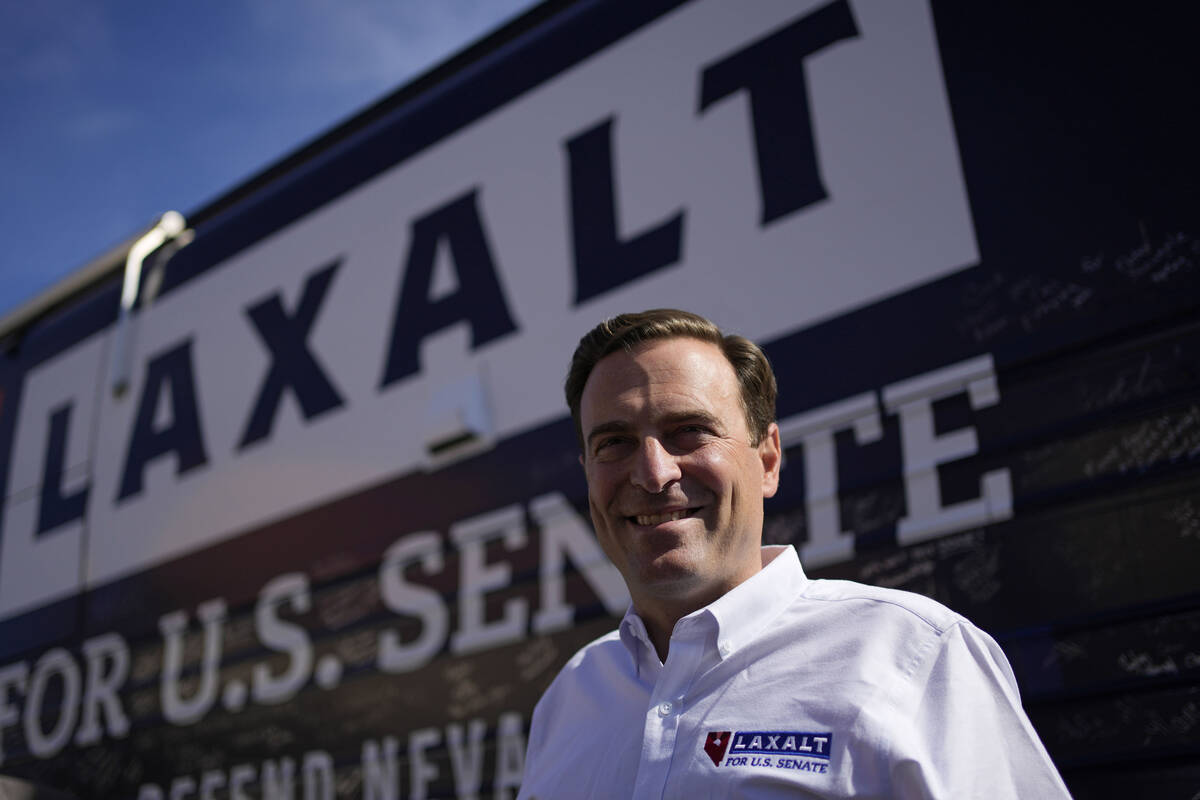 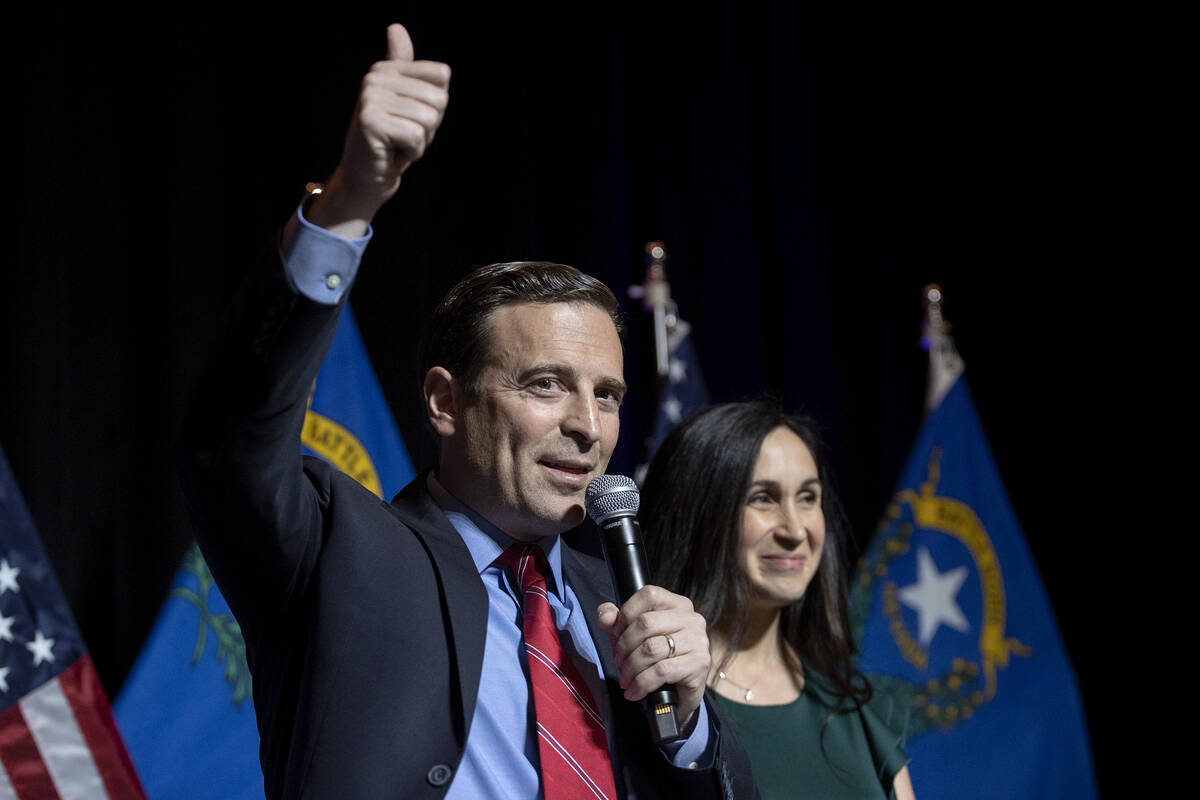 Laxalt was leading Cortez Masto 50 percent to 47.9 percent as of Wednesday evening.

“We are exactly where we want to be in this race. We have a lot of our votes coming in all across the state yet to be tabulated. We are going to win this race,” said Laxalt at Red Rock Casino Resort and Spa on Tuesday night, where he gathered with gubernatorial hopeful Joe Lombardo and other Republicans.

He said he is waiting until all the votes have been tabulated, but “we’re confident that the numbers are there. … We will take back Nevada and take back America.”

All eyes have been on Nevada’s U.S. Senate race, as the winner could determine which party controls the Senate, and thereby push their agenda while blocking the minority party’s plans. Nevada remained the focus as the results of other battleground states came in. In Pennsylvania, Democrat Lt. Gov. John Fetterman was declared the winner over Republican Mehmet Oz, 50.1 percent to Oz’s 47.5 percent. Georgia’s U.S. Senate race was too close to call Tuesday night with a runoff scheduled Dec. 6. Arizona’s race had Democrat Mark Kelly leading Republican Blake Masters 52 percent to 45 percent early Wednesday morning.

When results began coming out after the polls closed Tuesday night, Cortez Masto was leading by a large margin, but that margin narrowed as more counties and polling locations reported results.

The Nevada race was tight from the beginning, with the Cook Political Report changing it last year from a ‘lean Democrat’ to a ‘tossup,’ and polls showing the candidates within the margin of error.

Republicans and Democrats funneled historic amounts of money into Nevada to draw out voters, and huge amounts of money were spent. Cortez Masto, who succeeded the late Sen. Harry Reid, raised the fifth-most money out of any U.S. senator, raising almost $48 million since January 2021 and spending about $45 million. On the flip side, Laxalt raised almost $16 million and spent about $13 million.

Both parties brought out big names, from Donald Trump to Ted Cruz and Tulsi Gabbard for Republicans, and Barack Obama to Bernie Sanders and Pete Buttigieg for Democrats.

Throughout the campaign, Laxalt hit hard on the economy like the high cost of gas and groceries caused by Democratic overspending in Washington D.C., as well as problems at the southern border, causing crime to increase. He criticized Cortez Masto for often agreeing with President Joe Biden, and acting more liberal while portraying herself as a moderate.

Cortez Masto, the first Latina in the Senate, focused her attention on making voters aware of the rights that could be at stake if Laxalt were to win, especially abortion rights and LGBTQ rights. Although Laxalt had said he was against a nationwide abortion ban, Cortez Masto brought attention back to his anti-abortion history and anti-LGBTQ rhetoric.

She also criticized Laxalt for his work to challenge the 2020 election results and fronting for the Trump campaign’s lawsuits alleging voter fraud. Laxalt, who previously said he may file lawsuits to “tighten up” the election, did not immediately say whether or not he would challenge the results. Both Cortez Masto and Laxalt said previously they would accept the results of Tuesday’s election.

“Here’s one thing that I know, our positive energy got us to where we are today. And we are going to make sure that positive energy continues to flow this week,” Cortez Masto said.