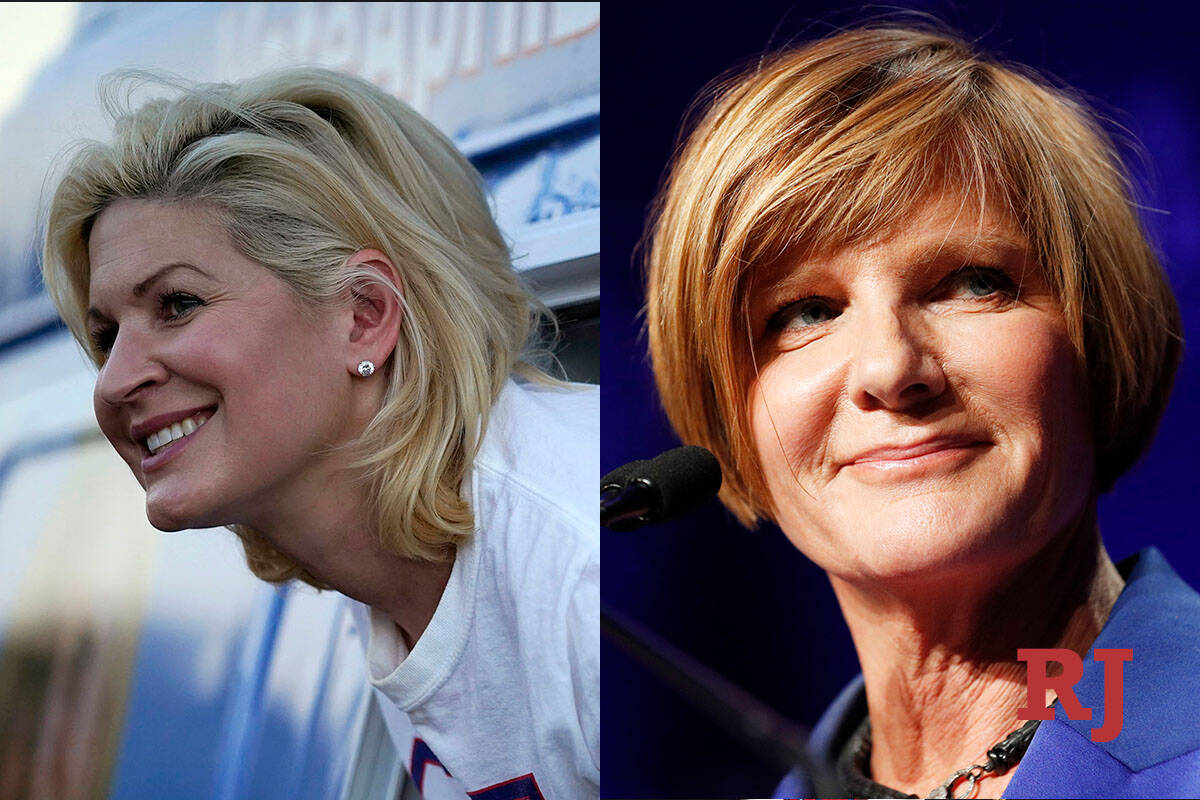 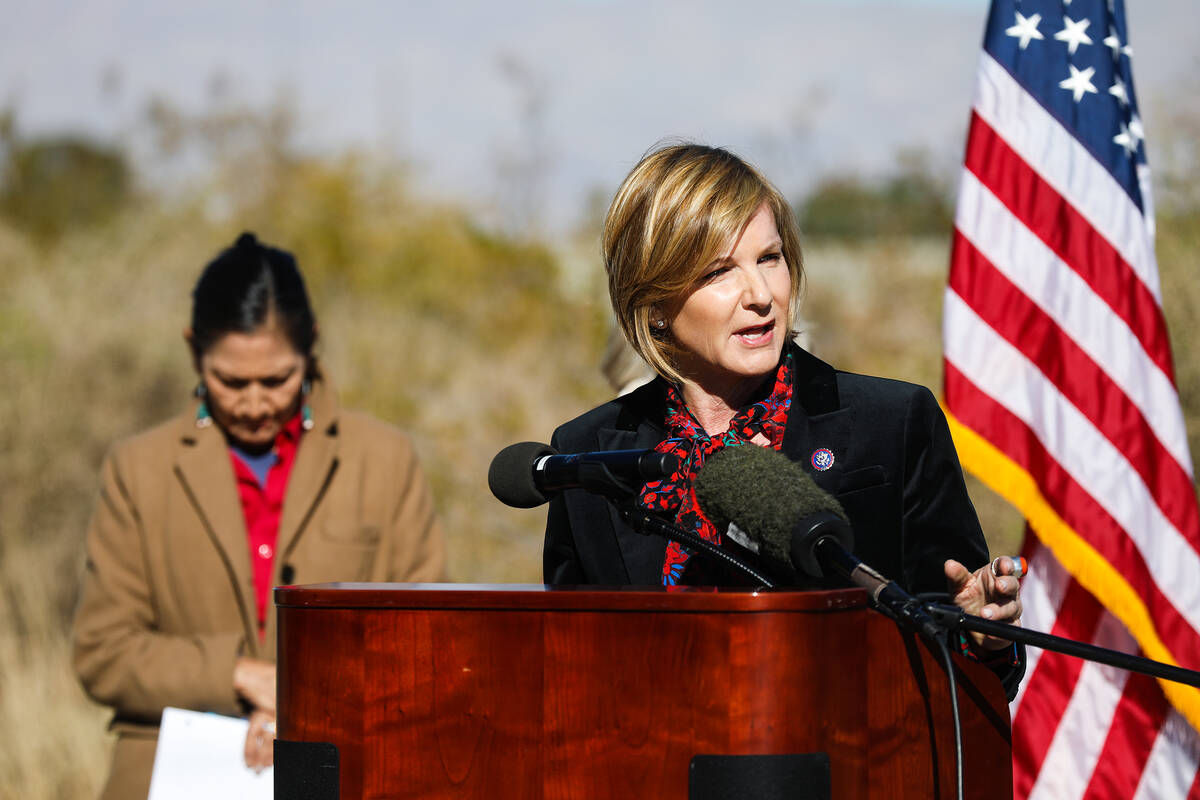 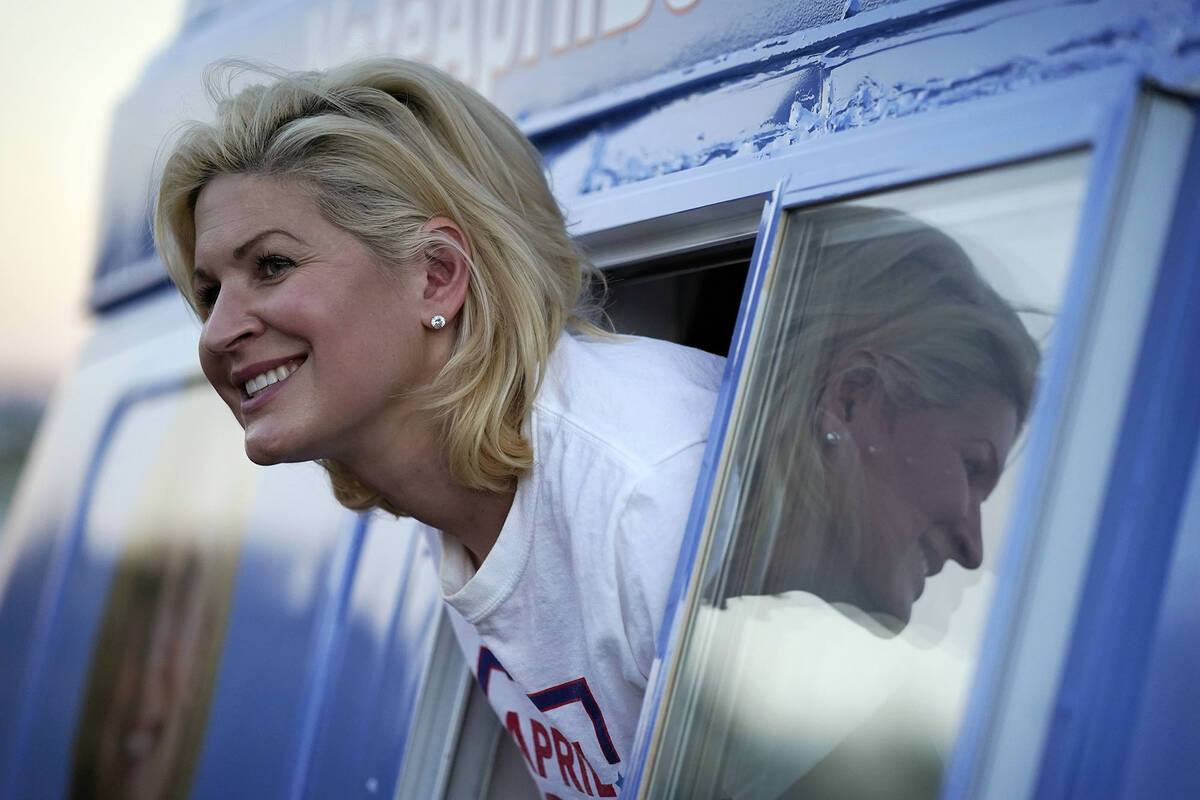 WASHINGTON ­— A spirited race between incumbent U.S. Rep. Susie Lee and Republican attorney April Becker has garnered national attention as one of several pivotal races to determine which major political controls the House of Representatives next year.

Nevada’s Congressional District 3 is a “swing” district, despite Democratic gerrymandering, and is seen by national Republicans as one of their best opportunities to flip the seat because of President Joe Biden’s low approval ratings and national economic woes.

Democrats, however, are confident in their chances to hold the seat because of recent legislative victories to lower health care costs for seniors and with a recent U.S. Supreme Court ruling that struck down a 50-year constitutional right for women to have an abortion.

Not surprisingly, both candidates emphasized those issues in interviews with the Review-Journal.

Becker, 51, said she is running for the right reasons — to halt federal spending and runaway inflation that affects local families.

“When you see one-party control, you see what happens. There has to be checks and balances,” Becker said.

Lee is seeking a third term in office. She is a former education nonprofit executive.

Both candidates have the backing of their national parties, who are targeting key voters in the district, which includes suburban Las Vegas, Summerlin, Spring Valley, Enterprise and southern and western portions of Clark County.

Lee has outraised Becker, 3-to-1, according to early financial reports, but third-party spending is expected to be heavy with attack ads already targeting both candidates.

Becker has categorized Lee as “radical,” and Lee has called Becker “extreme.”

The candidates have denied accusations by outside groups of fiscal misappropriation or wrongdoing, and neither Lee nor Becker has been subject to criminal or ethical charges.

Lee, a member of the House Appropriations Committee, is running on her accomplishment of lowering prescription drug costs and making health care more affordable through legislation she championed that became part of the Inflation Reduction Act signed into law this year.

As a member of the centrist, bipartisan Problem Solvers Caucus, Lee advocated for Medicare to negotiate drug costs that will drop and cap out-of-pocket costs for seniors at $2,000 per year, including a $35 per month cap on insulin per month.

“That has been central to what I ran on in 2018,” Lee said. “No American should have to make a choice between paying their electrical bill and taking lifesaving medication.”

Lee also voted in support of the Coronavirus Aid, Relief and Economic Security Act, or CARES Act, as well as the bipartisan Infrastructure and Jobs Act, spending bills that brought over $4 billion to Nevada after the pandemic.

“We have to work together with other states,” Lee said.

She said Democrats padded the spending bills with pet projects that included overseas language studies and added 87,000 new IRS employees, money that she says would have been better spent on Border Patrol agents.

Despite recent prices for gas and fuel coming down, Becker said the costs are still being felt by American consumers in food and other goods and services.

“I filled up the other day, and gas was over $5 a gallon. That’s crazy. And that’s what people are focused on because everyone puts gas in the car. It’s affecting everyone,” Becker said.

Passage of the recent Inflation Reduction Act, which included funding to crack down on wealthy tax cheats, sent the wrong message to middle-class earners, Becker said.

If elected, Becker said she would vote to rein in spending and roll back some of the proposals that have been approved by the Democratic Congress and Biden administration in the past two years.

On water issues, Becker said federal efforts are needed to force states like California into compliance to ease burdens on Nevada.

On the issue of abortion, Becker and Lee differ significantly.

Becker is an anti-abortion Republican endorsed by right-to-life groups. She opposes the procedure with the exception of rape, incest and harm to the mother.

Lee said she is a “pro-choice” Democrat, and she is endorsed by abortion-rights groups.

Becker said that because the Supreme Court left it to the states, “it would be unconstitutional to pass or vote on any type of federal law that is regulating abortion in any manner.”

“It’s the will of the people. In Nevada, abortion is legal up to six months, no questions asked. The only way that can be reversed or changed or amended is through our state constitution,” she said. (Voters could target the abortion statute for another referendum, however, without the need to amend the constitution.)

But some congressional Republicans have called for a federal legislative ban on procedure after the recent ruling, although it would face steep hurdles in a narrowly divided Congress and a likely presidential veto.

Lee disagreed with the Supreme Court ruling and warned of federal legislative bans, even with exceptions cited by politicians and lawmakers that would allow the procedure.

“This is a decision that should be between a woman and her doctor, and that’s where it should remain,” Lee said. “And when you start getting into exceptions for this or that, then it takes decisions out of the woman’s hands and puts it into someone else’s hands.”

Lee has made abortion access a key message her campaign against Becker, while Becker has focused on economic issues like inflation and deficit spending by Congress.

The swing district gained more Democratic voters in redistricting by the Democratic-controlled Legislature, but the district is still considered competitive and is rated a “Toss Up” by the nonpartisan The Cook Political Report.

Lee raised $4.2 million for her campaign and had $2.5 million available as of June 30, according to the last report filed with the Federal Election Commission. In the same period, Becker reported raising $1.4 million and had $363,391 cash on hand.