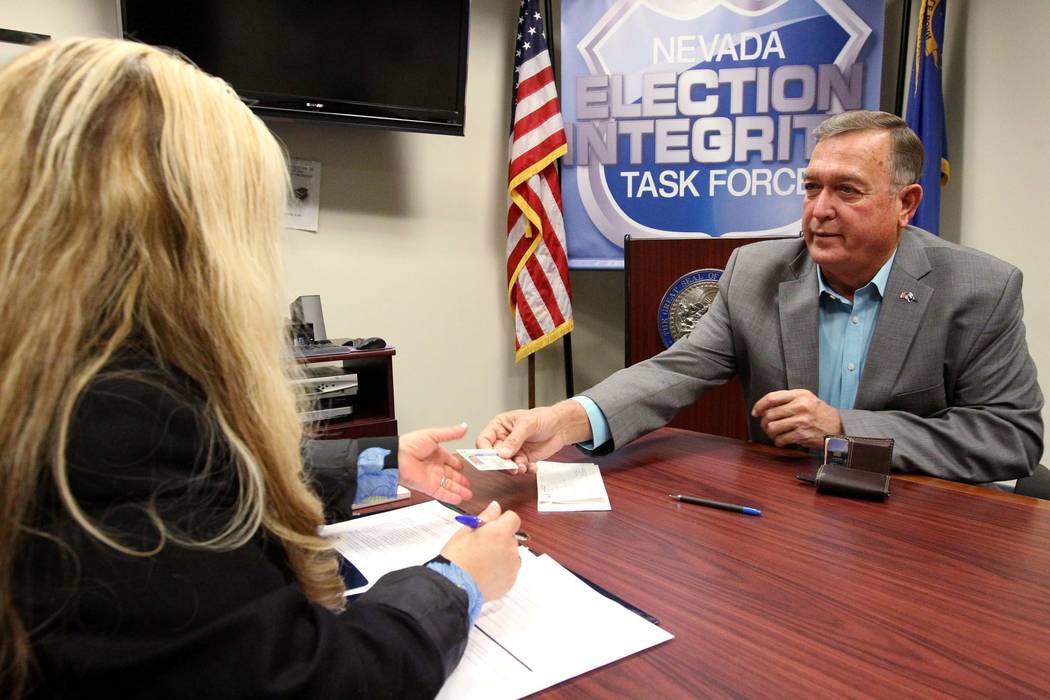 Sparks hung up the phone when reached for comment Thursday. He did not respond to follow-up calls or text messages.

Sparks was fired from Las Vegas-based RedRock Strategies amid a domestic violence investigation first reported by The Associated Press. Ryan Erwin, RedRock’s founder and president, confirmed the decision to the AP.

Erwin and Vice President Scott Scheid could not immediately be reached Thursday. Hardy did not return calls for comment.

Las Vegas police told the AP that authorities arrived at the home of Sparks and his girlfriend Thursday morning in response to a domestic violence call. No arrests were made, but the case is under investigation.

Sparks was hired by RedRock in August as director of political affairs. CEO Dana Walch said in a news release last year that he was “thrilled” by the hiring decision. Erwin called him a “skilled operative.”

In the past decade, Sparks had worked on top political campaigns throughout the country, including Mitt Romney’s presidential and Rob Portman’s U.S. Senate campaigns.