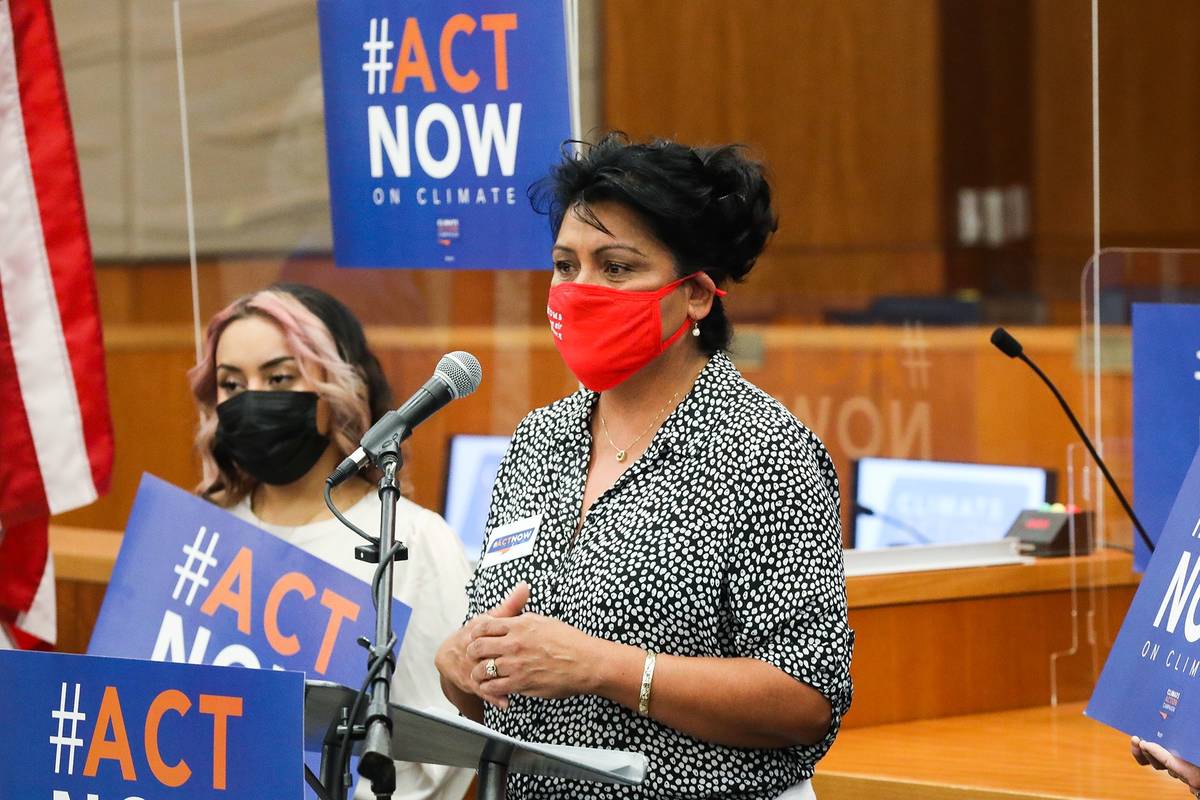 Assemblywoman Susie Martinez, D-Las Vegas, will effectively be the head of organized labor in Nevada after a history-making vote last week.

Martinez is the first woman and the first Latina to take on the role of executive secretary-treasurer of the Nevada AFL-CIO.

“It’s very special to me because it just shows women, and especially women of color, that we should have a seat at the table,” she said during a phone interview Monday afternoon.

Martinez, who works in the hotel industry, is a member of Teamsters Local 986. She said she has always been involved in the union. As a member, she’s worked on contract negotiations and has served as a shop steward.

“The main thing was always to help out the team members, to let them know that we have rights,” she said.

In her new role, Martinez said she wants to increase membership, organize and get people involved.

She said she wants to bridge the gap between labor groups in different parts of the state, and that being Latina will help her reach out to the Latino community to let them know they will be included.

Martinez was elected decisively to a four-year term by union delegates on Aug. 24. She was sworn-in the same day.

But not everyone has welcomed her. Martinez’s election drew criticism from Laborers Local 872, but she said she wants to maintain an open-door policy to all members of labor in Nevada.

“Whether people are happy or not, I feel like we just need to move on,” she said. “I’m more than willing to have conversations with them.”

Martinez was elected to the Nevada Assembly as a Democrat in 2018 to represent Assembly District 12, and re-elected in 2020. As a lawmaker, she serves on Assembly committees for commerce and labor, government affairs and natural resources.

She said with her new job, she can finish out her current term, but cannot seek re-election next year. But even if she could run again, she doesn’t think she would.

“Because I feel like if I want to do an excellent job, I don’t want to overcommit myself,” she said.