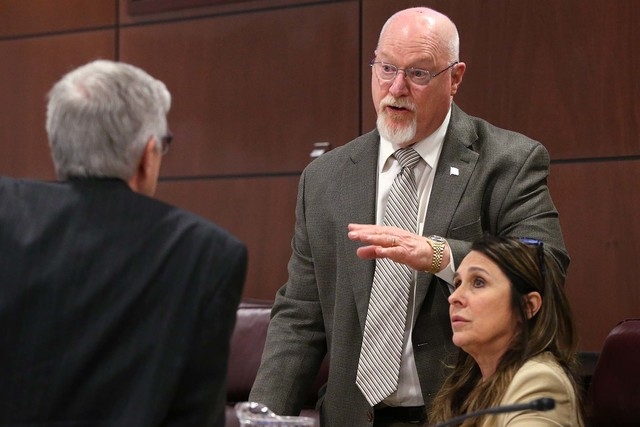 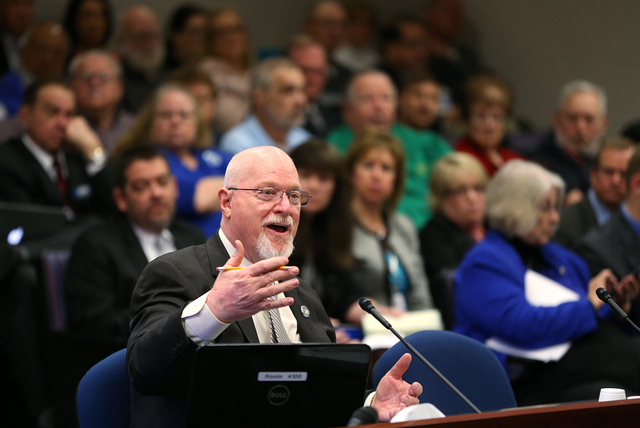 Nevada Assemblyman Randy Kirner, R-Reno, proposes a bill to change the public employee retirement system at a hearing at the Legislative Building in Carson City on Tuesday, March 3, 2015. Teacher, firefighter and police groups packed the hearing room to oppose the measure which would change the defined benefit plan to a hybrid system for new public employee hires. (Cathleen Allison/Las Vegas Review-Journal) 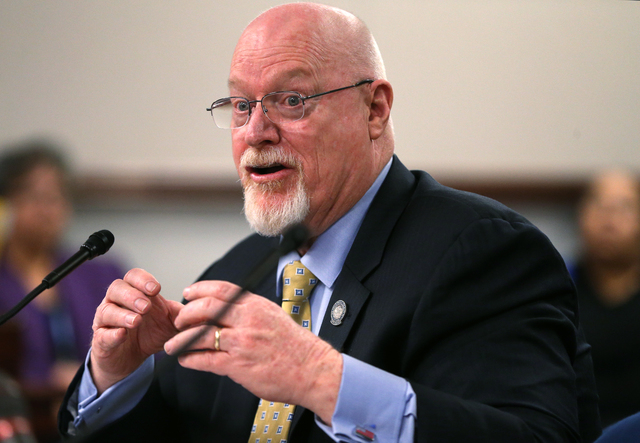 Nevada Assemblyman Randy Kirner, R-Reno, presents a measure that would provide the public with a preview of proposed collective bargaining agreements during a committee hearing at at the Legislative Building in Carson City, Nev., on Monday, Feb. 16, 2015. (Cathleen Allison/Las Vegas Review-Journal) 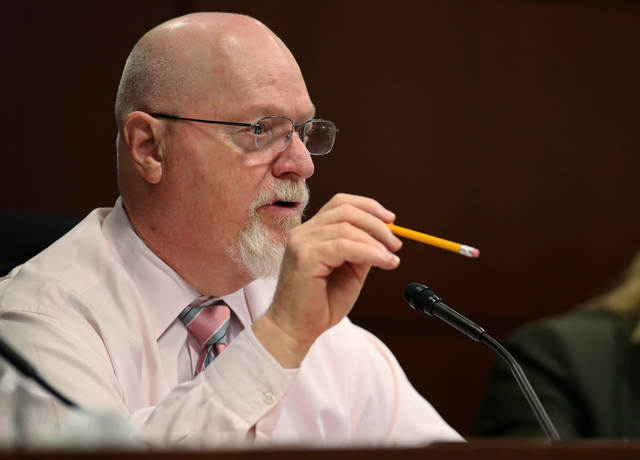 Nevada Assemblyman Randy Kirner, R-Reno, works in committee at the Legislative Building in Carson City, Nev., on Wednesday, Feb. 11, 2015. Kirner introduced a bill Wednesday that would increase the number of credit hours per semester required to be eligible for the Millennium Scholarship. (Cathleen Allison/Las Vegas Review-Journal) 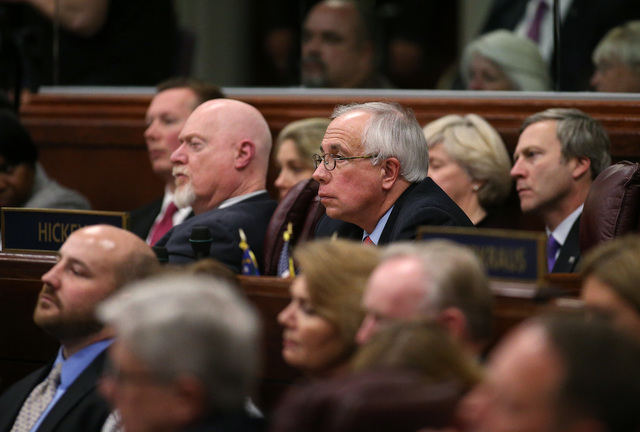 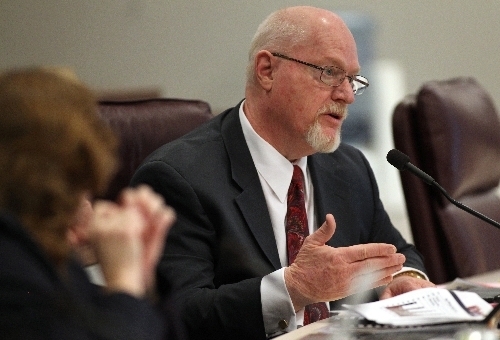 Assemblyman Randy Kirner, R-Reno, was re-elected by 11 votes over fellow Republican Lisa Krasner, who has requested a recount. If a discrepancy is found in a limited recount, Krasner is entitled to a full recount of all ballots. (File, Cathleen Allison, Special to the Las Vegas Review-Journal)

CARSON CITY — A bill that would make multiple changes to Nevada’s collective bargaining law, including prohibiting the use of taxpayer dollars to fund public union activities, won approval in an Assembly committee Wednesday.

Assembly Bill 182 by Randy Kirner, R-Reno, was approved with multiple amendments designed to satisfy some concerns on both sides of the controversial issue.

It would also allow a government employee to resign from a union at any time, among its other provisions.

The measure was narrowly approved on voice vote with Democrats and one Republican, Stephen Silberkraus of Henderson, opposed.

Assembly Minority Leader Marilyn Kirkpatrick, D-North Las Vegas, said that while changes were made to satisfy some public union concerns, such as allowing local governments to continue to collect union dues, there are still provisions that she does not support.

Kirkpatrick said she disagreed with eliminating some supervisory level employees from the collective bargaining process.

While changes to the state collective bargaining law might come about this session, AB182 is not a compromise because it is not fair and balanced, she said.

The bill now goes to the full Assembly for a vote.

AB182 is the most comprehensive effort to change Nevada’s collective bargaining law in the 2015 session where Republicans are in control for the first time since 1985. Changes to the law are a top legislative priority for Republicans.

But it has several sections dealing specifically with school administrators, including a provision that would make it easier to fire a school principal who was not performing adequately.

Principals could still bargain but would be “at will” employees for the first two years of a probationary period, Roberson said. After a probationary period ended, the principal could again become an at-will employee if the school’s academic performance declined and teacher turnover hit a 50 percent rate for two consecutive years.

There were concerns expressed about the principal evaluation language, and those issues are expected to be resolved by a Friday deadline for bill passage out of committee.

Former Washoe schools Superintendent Pedro Martinez noted that high turnover is common when a new principal moves into a struggling school and tries to turn it around. The language should be clarified to avoid unintended consequences, he said.

Roberson said the school accountability provisions of the bill are necessary to ensure that the large amount of new funding proposed for public education in Gov. Brian Sandoval’s 2015-17 budget is spent effectively.

In a departure from hearings on other collective bargaining bills, public employee groups either supported or were neutral on Roberson’s amended bill.

Rusty McAllister, representing the Professional Firefighters of Nevada, supported the amended version of the bill, calling it a more measured and reasonable approach to collective bargaining reform than has been seen in other measures.

The Government Affairs Committee is expected to act on the measure by Friday.