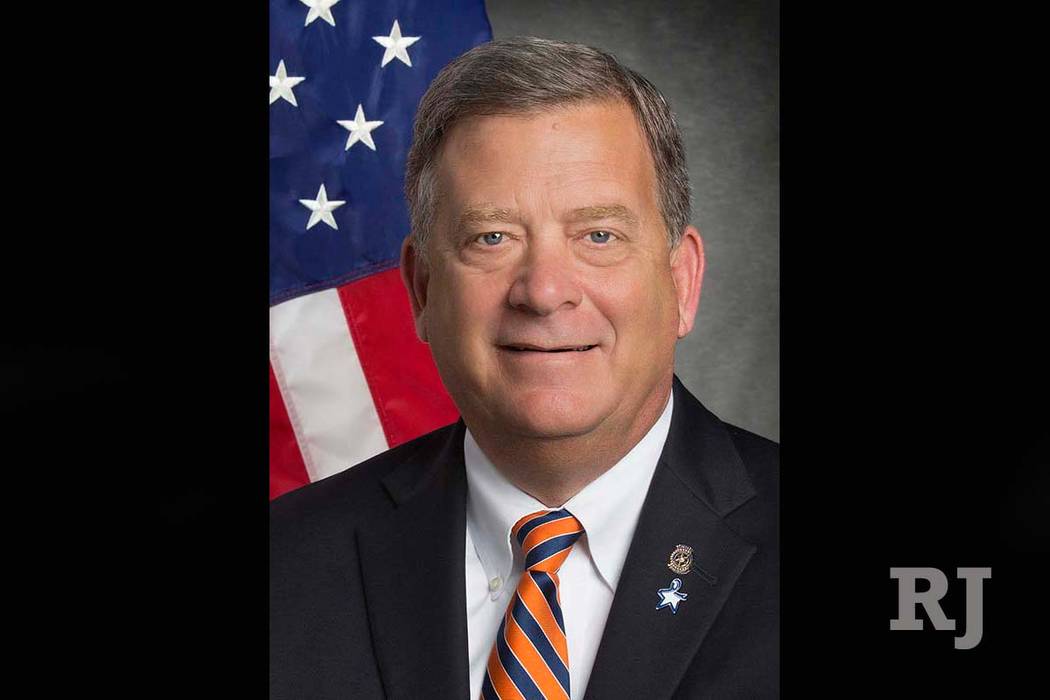 WASHINGTON — Nevada continued its legal attack on the Trump administration over Yucca Mountain on Wednesday, asking a federal appellate court to block an agency commissioner from participating in actions and decisions involving a proposed nuclear waste repository.

Nevada asked the U.S. District Court of Appeals for the District of Columbia Circuit to review the state’s request that Nuclear Regulatory Commissioner David Wright recuse himself from decisions involving Yucca Mountain because of previous statements and advocacy work.

Wright declined to recuse himself July 2. He said his previous statements were general support of a “long-term nuclear waste storage solution.”

In its petition, Nevada asked judges to “declare Wright’s recusal decision was arbitrary and capricious, an abuse of discretion, contrary to Constitutional right, and otherwise unlawful.”

An NRC spokesman said the agency “does not comment on matters involving pending litigation.”

The Trump administration is seeking to jump-start NRC hearings on a Department of Energy license application to build a nuclear waste repository at Yucca Mountain.

“Any revival of Yucca Mountain would come at the direct expense of the health and safety of Nevadans and Nevada will not stand for it,” Gov. Brian Sandoval, a Republican, said Wednesday.

Wright is one of five NRC commissioners. Prior to his appointment, he served as chairman of a Yucca Mountain task force established by the National Association of Regulatory Utility Commissioners to promote the expeditious opening of the Nevada site.

Nevada claims Wright’s previous advocacy and opinion that the site is safe are legal grounds for the commissioner to recuse himself from future decisions on the proposed repository.

“An objective, disinterested observer fully informed of facts set forth above would surely entertain significant doubt that justice would be done absent your recusal,” the Nevada request states.

The filing also notes that NRC commissioners have recused themselves from cases before the agency in the past. It also notes that Nevada has never before asked a commissioner to disqualify himself during the past eight years as a legal party opposed to the Yucca Mountain project.

The Obama administration slashed funding for licensing and the licensing process was halted in 2011.

Nevada filed over 200 contentions or challenges to the license when the process was ongoing, many of them concerning the potential for groundwater contamination with the storage of 70,000 metric tons of nuclear waste from power plants and the Navy.

Trump sought to restart the licensing in 2017 with funding to proceed on the licensing in his first budget to Congress. The process has remained stalled after the House and Senate disagreed on funding.

The Senate again has zeroed out funding for licensing of Yucca Mountain in its 2019 spending bill for DOE, leaving the House and the upper legislative chamber again at odds.

The state’s congressional delegation also is opposed to the DOE application.

Nine rural counties, including Nye County, where Yucca Mountain is located, support the licensing process to determine whether the Nevada site is viable for long-term storage of waste, which would bring high-paying federal jobs and contractors to the region.

5
Evidence in Jan. 6 riot mounts against 2 with Las Vegas ties