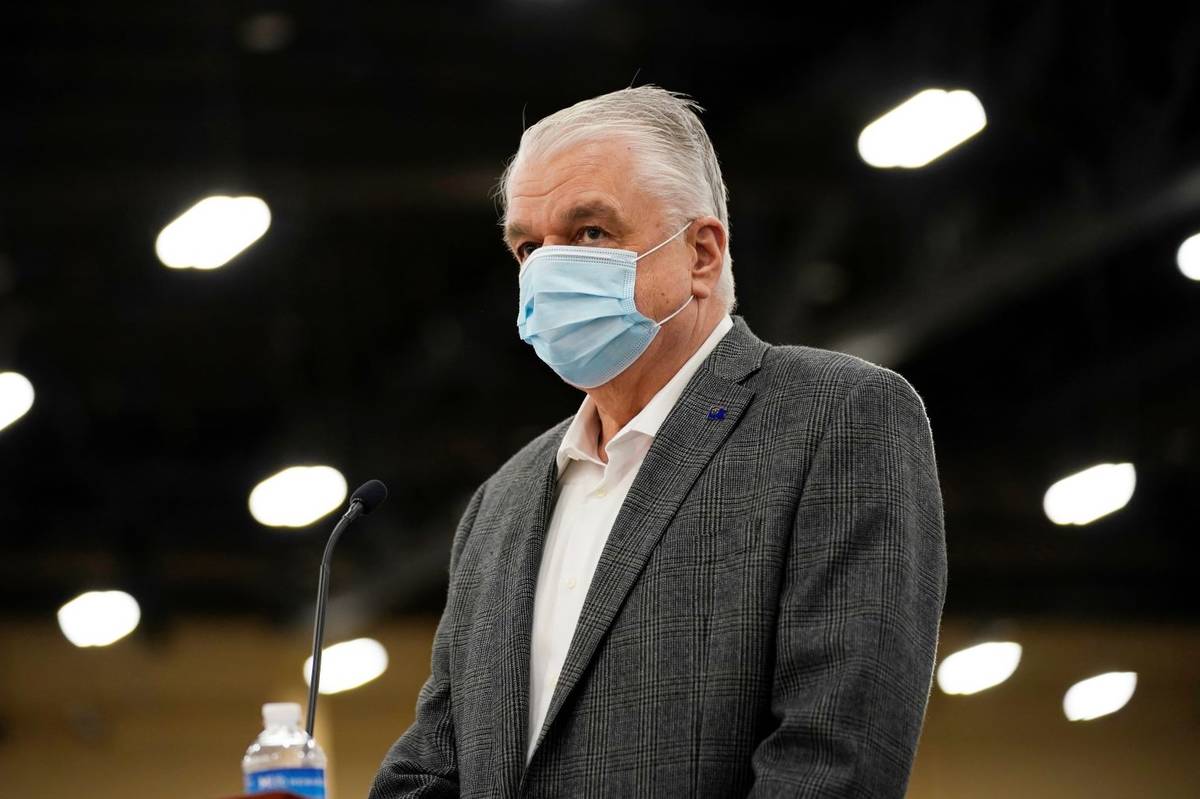 The bill provides $2.7 billion for Nevada.

The state government will see $150.7 million, Clark County $440 million and Las Vegas $130.5 million, with smaller amounts going to other cities and every county, according to a breakdown released by the Treasury Department.

Gov. Steve Sisolak called it “one of the largest infusions of federal dollars into Nevada in history.”

The announcement of funding to the states comes as many are finalizing their budgets, including Nevada, where the Legislature is crafting its spending blueprint to be finalized by the end of the month.

Sisolak, a Democrat, has instructed state officials to analyze the federal guidelines on spending the money and ensure it has the strongest impact for the state’s economy and Nevada residents.

Treasury officials said the funding can be used to offset shortfalls due to the pandemic, vaccinations, improving broadband for telehealth and educational purposes. But no funds can be used for public pension plans or tax cuts, stipulations sought by Republicans and some Democrats.

A semblance of normalcy

Democrats rammed through the $1.9 trillion plan in March with no Republican votes, even though Federal Reserve Bank Chairman Jerome Powell urged Congress to spend funds following the economic collapse of industries hard hit by the coronavirus.

“With this funding, communities hit hard by COVID-19 will be able to return to a semblance of normalcy,” Treasury Secretary Janet Yellen said. “They’ll be able to rehire teachers, firefighters and other essential workers — and to help small businesses reopen safely.”

Mark Amodei, R-Nev., voted with fellow Republicans, who balked at the price tag of the rescue bill and some of the items included in the rescue package that they termed handouts for liberal special interest groups.

House Speaker Nancy Pelosi, D-Calif., applauded the president and Democrats for passage of the rescue package she said would “save jobs, prevent layoffs, keep services running and help our economy recover from crisis.”

The bill was President Joe Biden’s first legislative victory and one he pushed hard to achieve following his pledge upon taking office to vaccinate Americans and help the country rebound from the crippling pandemic and the denials about the impact of COVID-19 from the previous administration.

Democrats added $350 billion for local governments in their $1.9 trillion rescue legislation passed this year over GOP opposition. And the funding formula for states included the unemployment rate, as well as population, in the calculation for aid to funnel more assistance to hardest-hit states.

Governors, state legislators and mayors, including the mayors of Las Vegas, Henderson and Reno, all sought funds because of revenue shortfalls and the need to provide essential services.

States, counties and cities can use the money to provide those services, help small businesses, set up vaccine centers and address health care needs, or apply the money to unique problems that were caused by the coronavirus pandemic, COVID-19 illnesses, treatments and closures.

Federal funds also can be used to improve water and sewer systems.

Yellen noted that the pandemic was one of two major economic crises in just over a decade. The Great Recession also hit Nevada hard, with plunging home values and foreclosures.

“During the Great Recession, when cities and states were facing similar revenue shortfalls, the federal government didn’t provide enough aid to close the gap. That was an error,” Yellen said.

“Insufficient relief meant that cities had to slash spending, and that austerity undermined the broader recovery,” Yellen said, adding that with the spending announced today, “we are charting a very different — and much faster — course back to prosperity.”

Nevada lagged just behind Hawaii last year in unemployment, with jobless rates the second highest in the nation after casinos, hotels, restaurants, resorts and entertainment venues closed, according to the Bureau of Labor Statistics.

More than 1 million state and local government jobs were lost because of the pandemic, according to Treasury officials.

Sisolak said the long-awaited data and guidelines would be analyzed by state officials and state legislators as they prepare the state budget with the assistance announced for states.

Federal funding includes adjustments for unemployment, sought by Titus when the bill was being drafted, as well as direct payments to local and tribal governments, according to the Treasury Department.

“Due to that achievement, Nevadans will receive twice as much state relief as our neighbors in Utah will — despite the fact that they have a slightly higher population,” Titus said.